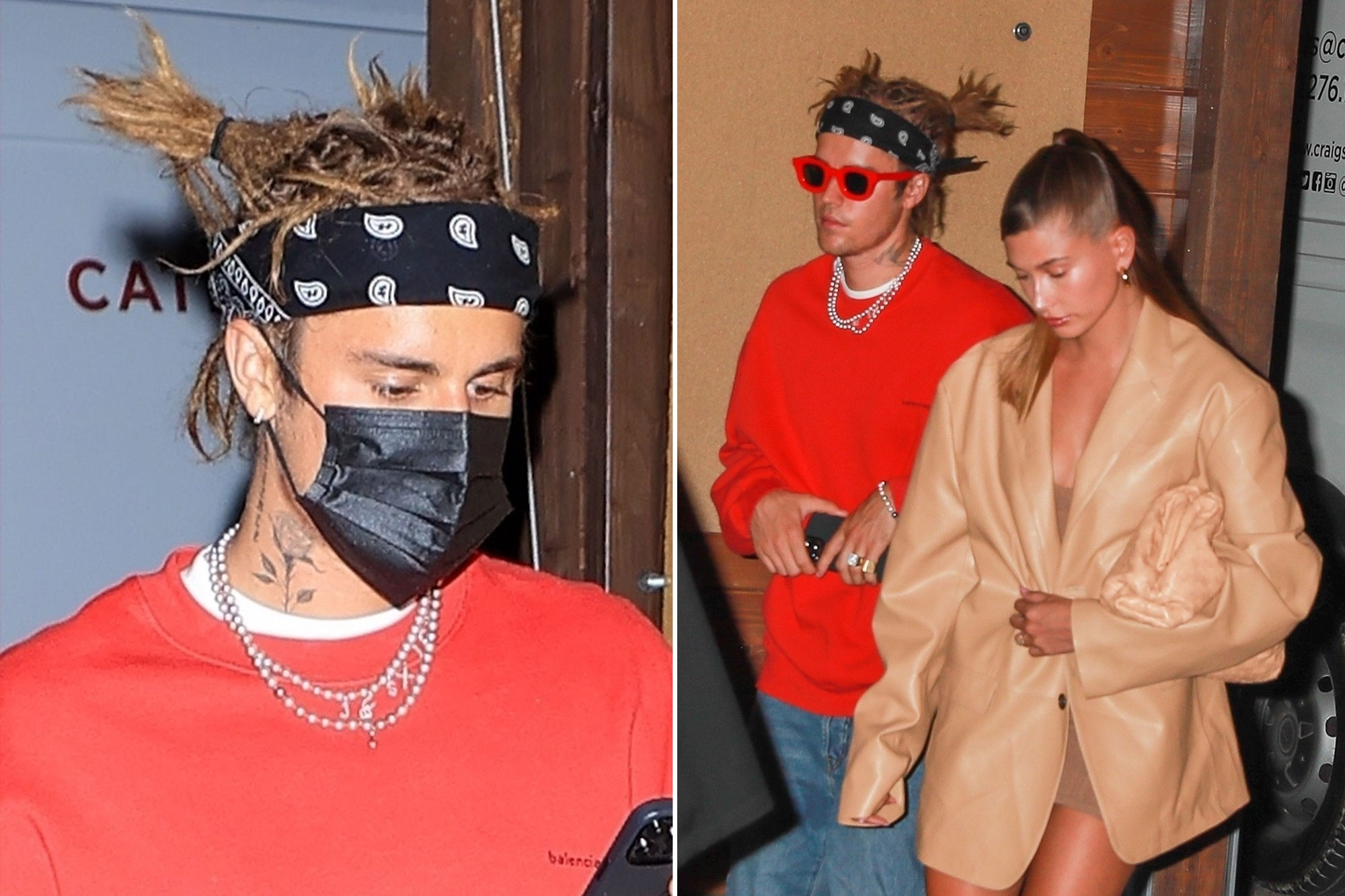 We know Justin Bieber doesn’t do too well with apologies.

The “Lonely” singer, 27, sparked controversy last week when he debuted his new dreadlocks — after previously wearing the traditionally black hairstyle in 2016 and facing similar accusations of cultural appropriation and white privilege.

And just like last time, Bieber appears to be paying no heed to his critics: Over the weekend, he pulled his polarizing locs into high pigtails to film his “Happy Gilmore”-themed “Let It Go” music video with DJ Khaled and 21 Savage in Miami.

“Thank you for twisting me up @bri_unique25,” the pop star captioned one of many Instagram posts from the set, crediting the stylist behind his hair transformation.

After wrapping the shoot, Bieber returned to Los Angeles, where he sported the same look for a Monday dinner date with wife Hailey Baldwin at celebrity hotspot Craig’s.

While some friends have praised Bieber’s new look — “That boy dread!!! 🙌🏾,,” Migos frontman Quavo commented on an Instagram post, while Jaden Smith wrote, “swags crazy” — many have called him out for his choice of hairstyle.

Despite criticism, Justin Bieber appears to be sticking with his dreadlocks and has not responded to the backlash.RACHPOOT / BACKGRID

“This is not it Justin,” one person commented on his post debuting the dreadlocks last Monday. “I know you can do better,” another wrote, while a third chimed in with, “It’s really disappointing to see you with dreads, I thought you educated yourself.”

Upon being criticized for his platinum blond locs five years ago, Bieber posted a bizarre video with the caption, “Being weird is fun’ if u r not weird I don’t like you.”

He has yet to directly respond to the backlash this time around, though he did share a statement about acknowledging insecurities on Instagram last week, writing in part, “Aren’t we all broken? We can hide behind superficial things but the truth is we’re all hurting.”