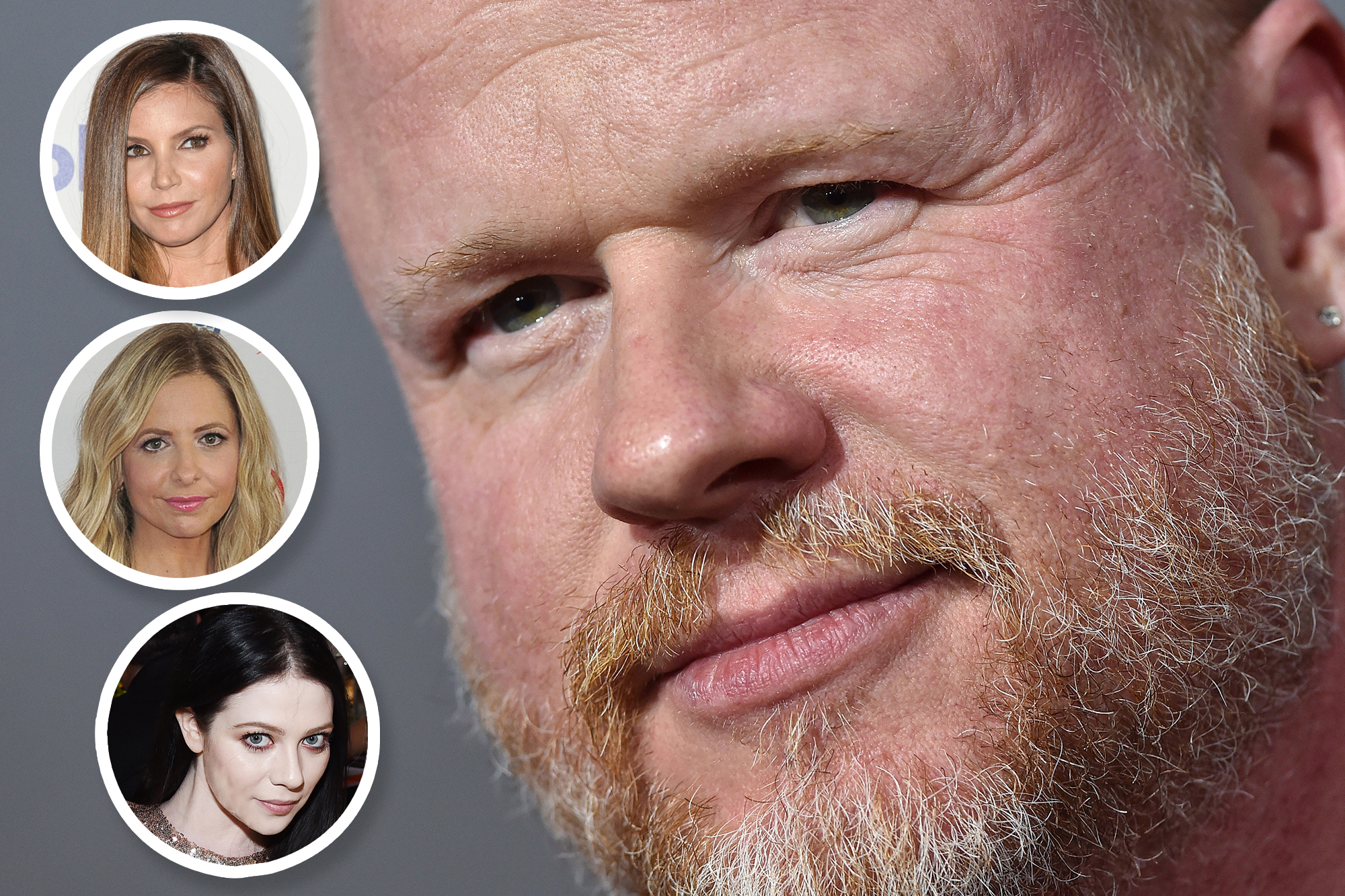 The opening was straight out of every old horror movie: Teen couple sneaks into a darkened building. Ominous background music swells. He wants to go up to the roof and make out. She thinks she hears a noise; he says it’s nothing.

And then she turns into a monster and pounces on him.

“Welcome to the Hellmouth,” the 1997 pilot episode of “Buffy the Vampire Slayer,” wore its trope-flipping female empowerment on its sleeve, and audiences devoured it.

Twenty-four years later, Whedon is facing multiple allegations of being the monster himself. Many of the female stars from “Buffy” are done with him. “Justice League” star Ray Fisher has accused him of being racist and abusive in a Hollywood Reporter story that also details a witness’ account of Whedon’s boast that he would make actress Gal Gadot “shut up and say the lines.” The latest details hit as “The Nevers,” HBO’s Whedon-created show about Victorian women with superpowers, is set to debut Sunday, and Whedon is so radioactive the network isn’t even using his name.

It’s an ironic twist of cinematic proportions for the auteur who, for decades, was Hollywood’s go-to male feminist.

Whedon, 56, got his start as a sitcom and screenplay writer. He was a “Roseanne” staffer, co-wrote “Toy Story” and wrote “Alien: Resurrection,” and in 1992, penned a “Buffy” screenplay that ended up a lame teen comedy.

But the TV “Buffy” was different with Whedon at the helm. Sarah Michelle Gellar’s title character was confident and sardonic, no longer a ditzy cheerleader. Whedon invented a universe with its own lingo, a metaphorical meditation on young adulthood, particularly for women, that felt radically fresh amidst the era’s conventional sitcoms and procedurals.

Joss Whedon (right) was celebrated for his work on TV’s ‘Buffy the Vampire Slayer,’ which starred Sarah Michelle Gellar as the tough, witty title character.Getty Images

By the sixth season of “Buffy,” some sadistic Whedon trademarks began to recur, with female characters earning strength through brutalization and trauma. Whedon’s 1999 spinoff, “Angel,” featured several purportedly strong female characters, too, including “Buffy” star Charisma Carpenter. In February, Carpenter posted her own allegations, saying Whedon had been “hostile and toxic” on set. And her exit from the show — she was unceremoniously put in a coma — struck fans as weirdly nasty.

Charisma Carpenter played Cordelia Chase in ‘Buffy’ and ‘Angel,’ and has since described Whedon as ‘hostile and toxic.’Alamy

In 2002, Whedon debuted his space Western “Firefly” to fan delight but middling reviews. The show was canceled after a single season, but amassed a huge cult following. Recently, “Firefly” writer Jose Molina tweeted about Whedon’s bullying: ” ‘Casually cruel’ is a perfect way of describing Joss. He thought being mean was funny. Making female writers cry during a notes session was especially hysterical. He actually liked to boast about the time he made one writer cry twice in one meeting.”

A quote from “Firefly” star Nathan Fillion, in a 2012 Whedon profile, echoes that sentiment: “One of his gifts is that for such an incredibly intelligent person he never makes you feel stupid. Unless it’s funny.”

In 2006, Whedon gave an aw-shucks acceptance speech for an award from the feminist group Equality Now: “I believe that what I am doing should not be remarked upon, let alone honored . . . Because equality is not a concept. It’s not something we should be striving for. It’s a necessity.”

Three years later came Whedon’s show “Dollhouse,” which seemed an incongruous follow-up. It was a sci-fi thriller about a woman (Eliza Dushku) in the service of a company that would wipe her memory clean and implant it with new personalities, renting her out to wealthy clients. Whedon insisted it was the “the most pure feminist and empowering statement I’d ever made — somebody building themselves from nothing,” he told Wired.

‘Firefly’ premiered in 2002, and only lasted one season. It has since amassed a cult-like following.©20thCentFox/Courtesy Everett Collection

The show puzzled viewers but limped into a second season. Whedon’ reputation held strong, and led to his biggest score yet: directing 2012’s Marvel’s “The Avengers.” It was a massive commercial hit — the then-third highest-grossing film of all time — and a critical success.

But reporting from the shoot reveals the same mean streak in an interaction with an underling: ” ‘OK, we’re going into a time machine,’ [Whedon] said. ‘Three minutes earlier, you did not just tell me where a line goes.’ “

In 2015, Whedon directed Marvel’s “Avengers: Age of Ultron,” a success that didn’t quite touch the box-office record of his previous film. It featured a scene in which Scarlett Johansson’s character, Natasha Romanoff a k a Black Widow, revealed she couldn’t have children due to being forcibly sterilized.

Scarlett Johansson stars as Black Widow in the “The Avengers” movies.Alamy

“You’re not the only monster on the team,” she says to Mark Ruffalo’s Hulk. It was the film’s most glaring, if not only, misogynist moment. But Whedon’s brand survived, and in May of 2017, he took the helm of DC Comics’ “Justice League” when director Zack Snyder stepped aside after a family tragedy.

Shortly afterward, Whedon’s never-made “Wonder Woman” screenplay leaked, re-igniting a debate over his apparently retrograde views of women — the script called her a “bitch” and a “whore” and had her do a “sexy dance” to distract a bad guy.

In November, “Justice League” premiered to less-than-stellar reception, with critics and audiences complaining it was both glib and rote, sexist toward Wonder Woman and with a phoned-in plot; Snyder’s vision seemed wholly absent.

Days later, Whedon’s ex-wife Kai Cole penned a blog post in which she alleged he was a cheater, a gaslighter and a misogynist. (His camp responded: “While this account includes inaccuracies and misrepresentations which can be harmful to their family, Joss is not commenting, out of concern for his children and out of respect for his ex-wife.”)

Vague rumors swirled around Whedon until last summer, when Fisher, who plays Cyborg in “Justice League,” came forward with allegations that Whedon’s behavior had been “gross, abusive, unprofessional, and completely unacceptable” during his reshoots.

After Carpenter came out to support him, other “Buffy” alums joined in — notably Michelle Trachtenberg, who disclosed that Whedon had been forbidden from being alone in a room with her.

It became increasingly clear to many that his lovable-feminist-nerd image had been a ruse.

In November 2020, Whedon announced that he was leaving “The Nevers.” His statement attributed his departure to burnout, but coincided with spiraling bad press. Fisher’s accusations had galvanized an already vocally unhappy fan base, and the eventual release of the much-anticipated “Snyder Cut” of “Justice League” won rapturous acclaim from critics and fans, all of whom pointed the finger at Whedon for ruining the initial version.

“The Nevers” has garnered early praise; Variety noted that ” ‘Nevers’ bears so many of his narrative and stylistic hallmarks that it might as well be playing Whedon Bingo, for better and for worse.” Recently, an industry tipster suggested Whedon is looking to “un-blacklist” himself, although it’s hard to imagine him resurrecting his brand anytime soon.

As Whedon himself reportedly said: “Remember to always be yourself. Unless you suck.”