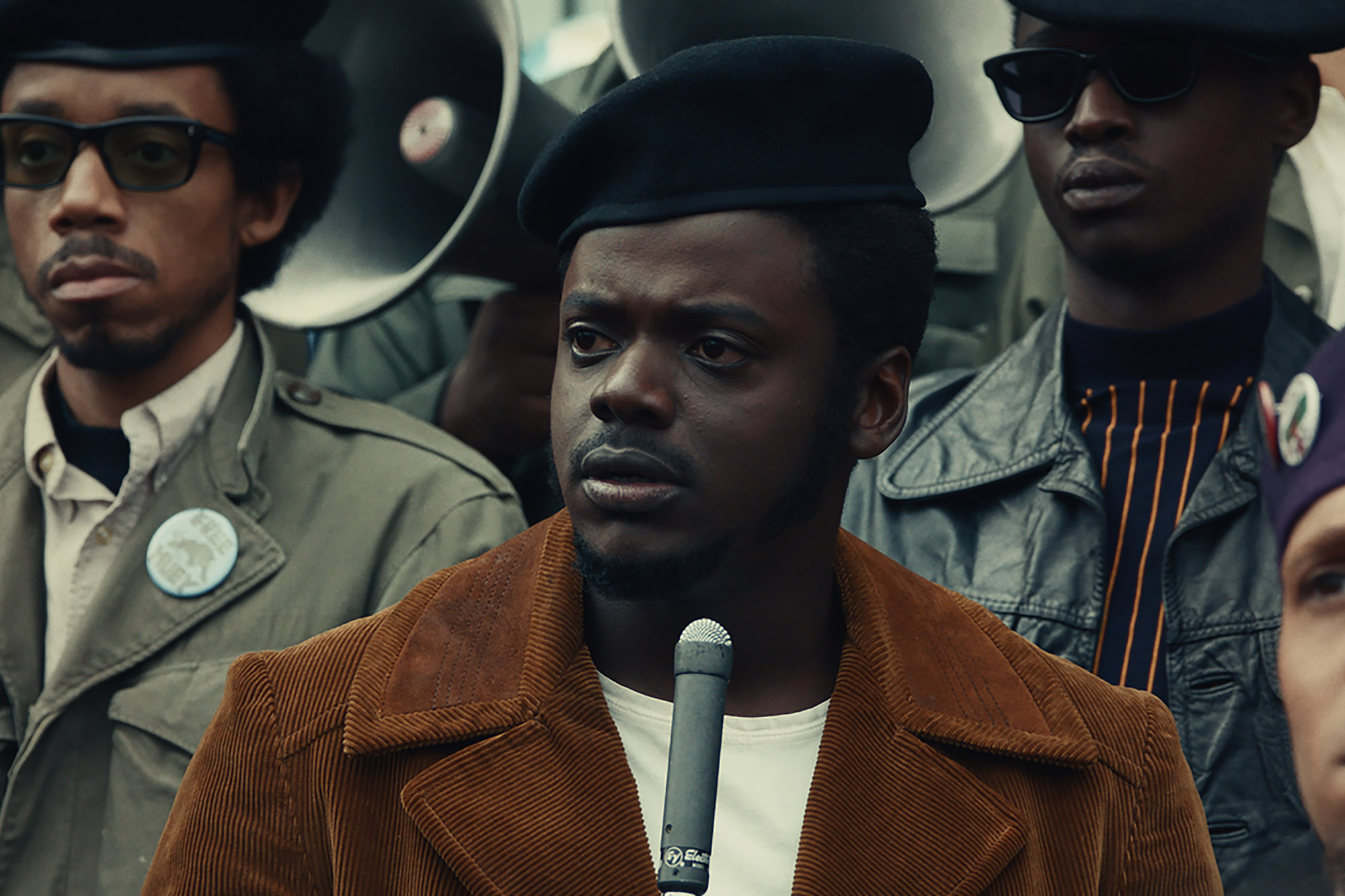 The film “Judas and the Black Messiah,” a woeful true story, ends with the usual explainer of what became of each person depicted. You know the sequences: “Tim moved to Seattle and opened a flower shop,” “Sally fought the good fight all the way to Washington, DC.”

However, the stark final words on-screen in director Shaka King’s movie don’t give you the warm fuzzies — they knock you flat on the floor.

The historical shocker, which I shall not spoil, is the ugly culmination of a fascinating and shameful chapter of American history told in this galvanizing movie: the shooting death in 1969 Chicago of Illinois’ Black Panther Party chairman Fred Hampton, the Black Messiah of the title played by Daniel Kaluuya.

His Judas was William O’Neal (LaKeith Stanfield), a black Chicago criminal who infiltrated and spied on the Panthers for the FBI, which fervently wished to bring them down. Feeling no allegiance to the Party’s plight, O’Neal went along with the sinister scheme.

King, who co-wrote the screenplay with Will Berson, doesn’t drop a biblically sized story on us as the evocative title suggests. The acting and filmmaking are subtle, the characters are rich and complex — and the reverberations of the real-life drama were enormous.

Director Shaka King’s movie “Judas and the Black Messiah,” a woeful true story, is the ugly culmination of a fascinating and shameful chapter of American history: the shooting death in 1969 Chicago of Illinois’ Black Panther Party chairman Fred Hampton, the Black Messiah of the title played by Daniel Kaluuya.AP

O’Neal, while deceitful and selfishly motivated, just wants his felony charges dropped. He never predicted the scheme to clear his name would escalate to murder and result in him becoming forever marked a traitor to the cause.

Part of why agent Roy Mitchell (Jesse Plemons) gives O’Neal the gig is the circumstance surrounding his charges: He pretended to be with the FBI to steal a guy’s car. A skilled fibber, he ingratiates himself with Hampton, a charismatic activist who, O’Neal jokes, “could sell salt to a slug.”

Kaluuya exploded into the movies with “Get Out” in 2017, and he hasn’t let up since. His performances in “Black Panther” and “Queen & Slim” were every bit as forceful as his horror hit, but he’s topped them all with this one. Beyond simply embodying the quirks and look of a historical figure, Kaluuya’s passion makes you believe the masses would actually follow him.

In one of the film’s most rousing sections, Hampton hollers, “I am a revolutionary!” to the crowd, and, captivated, they roar the message back at him. If Kaluuya starts a cult called the Danielites, sign me up.

Particularly insightful is his offstage persona as he woos his eventual fiancée Deborah Johnson (Dominique Fishback): quiet and bashful, just a regular guy. Being a leader, at times, means being a good actor.

The same, sadly here, is true of being a spy.

Stanfield’s performance, unlike his co-star’s, is always kept close to the vest. It has to be. While everybody’s eyes are glued to Hampton, O’Neal is able to sneakily leak intel to the police with no one the wiser. There is a classic, Machiavellian tone to his ruse, like a “Richard III” whose burden isn’t a hunchback but a moral failure. Against all odds, you don’t hate him, though, even if one of his misdeeds on the night of Hampton’s death by police during a raid is about as abhorrent as it gets.

The law enforcement characters are, naturally, the blandest of the lot. Plemons is icy and matter of fact, and Martin Sheen’s J. Edgar Hoover, while briefly riveting, is Disney villain-level evil. Regardless, they don’t detract from the movie, which is at its best during scenes in the friendly Panthers lair. “How could the government want to burn this down?” you think.

What an exciting talent King is. The director had, up till now, mostly helmed episodes of comedy TV shows, such as “Shrill” and “High Maintenance.” You would never have seen this about-face to gritty film drama coming, but I hope it’s here to stay.