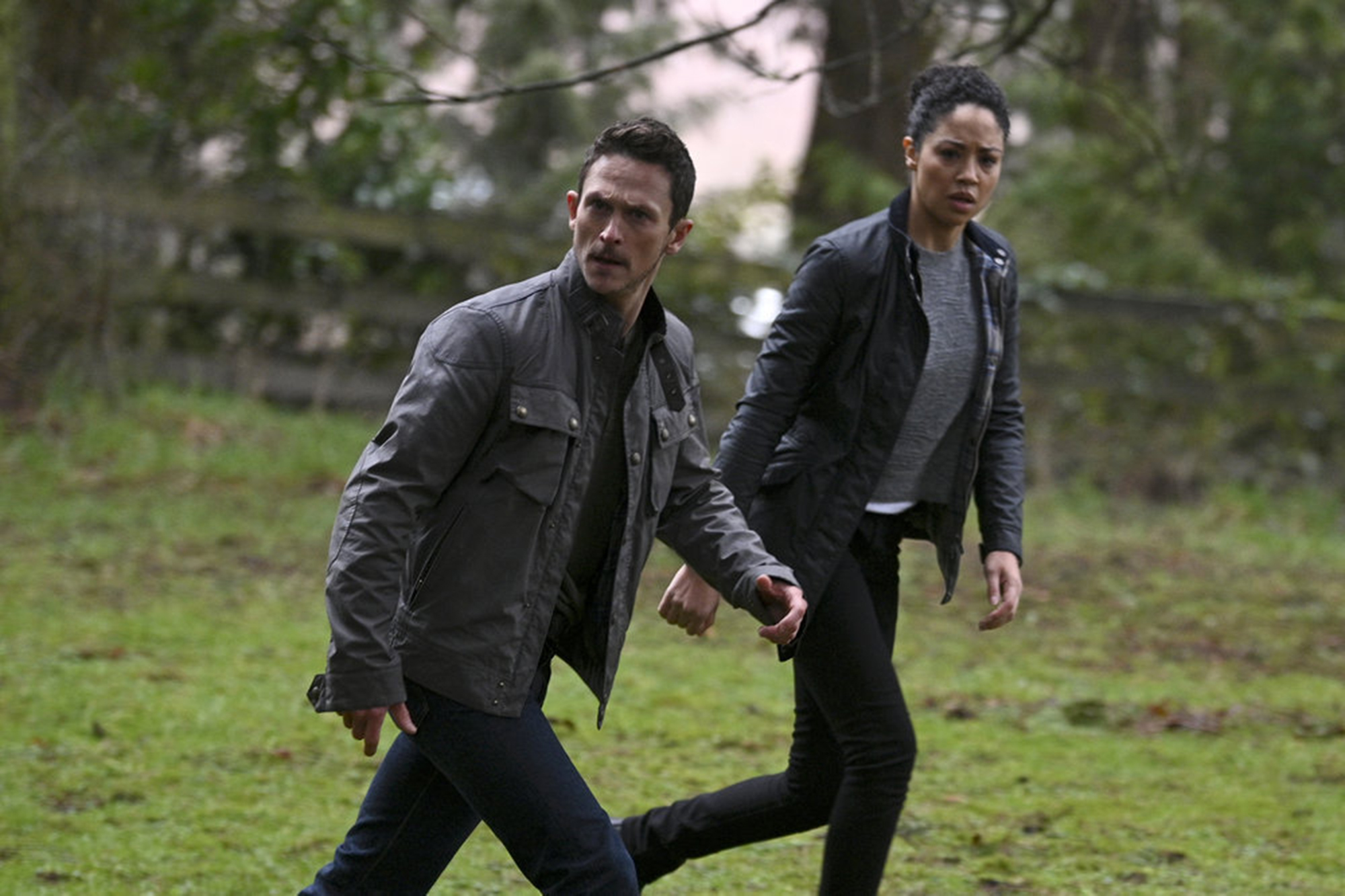 Jonathan Tucker said his stint on HBO’s “Westworld” ignited his interest in diving deeper into a new genre.

That led him to his new NBC show “Debris,” (Mondays at 10 p.m.), a drama from “Fringe” executive producer J.H. Wyman. The story is centered on two agents investigating an alien spacecraft that’s landed on earth, scattering debris that causes strange occurrences — including levitating bodies — among people with which it comes into contact.

“‘I was only able to kind of play in that world in ‘Westworld,’” Tucker said, “but it was an exciting opportunity while I was doing that show realizing what all the possibilities are.

“‘Contact’ is one of my favorite films. I loved all the original ‘Twilight Zones,’ and I like ‘Black Mirror.’ Those have been informative to ‘Debris,’” he said. “And I went back and watched ‘The X-Files,’ which really does hold up, and the dynamic between those two characters [Scully and Mulder] is very successful.”

Just like “The X-Files,” the agents in “Debris” are an odd-couple pair with different sensibilities: there’s M16’s Finola Jones (Riann Steele), an idealist who thinks the debris’ otherworldly qualities might be able to help humanity, and CIA agent Bryan Beneventi (Tucker), an ex-Marine vet who fears what the alien tech could do in the wrong hands.

“One of the things that’s fun for the audience of this show and fun for me and my co-star Riann is we’re responding to things that are totally fantastic and otherworldly — but in a very grounded experience here on Earth,” said Tucker.

“I was interested in the backstory for Bryan, who is a former Marine special forces out of Afghanistan, and bringing some of that trauma to the character — particularly where Bryan has to understand that empathy and vulnerability are assets for the team to succeed in this story.”

While the sci-fi genre might be new to him, a character with an intense backstory is familiar territory for Tucker. In addition to “Westworld” (he played military officer Major Craddock, one of the show’s robot “hosts” in its futuristic park) and movies such as “Hostage,” he’s known for playing live-wire characters who bring an unpredictable energy to crime-dramas such as “Justified,” “City on a Hill” and “Kingdom.”

“I think everybody is a lot less boring than they think, and everyone has a story to tell,” he said. “And I’m excited about being on a network. I’ve been doing all this cable work and it can be sometimes hard for folks to find and see — so the idea of getting to be on a larger platform was great.”

As “Debris” progresses this season, Tucker said it will balance its sci-fi concept with human questions.

“What is meaningful for us in the show is that the alien technology — while exciting — is also a conduit for us to ask bigger questions about humanity and who we are on earth. I had the opportunity to speak to a NASA astronaut, and the things we were talking about were, ‘What changes when you come home, what does the view through that new lens look like?’ You go somewhere, see something, or become aware of something new and the biggest change is within your heart and how you experience the life you were living before that new information was presented.

“We’re asking the questions of, ‘If you know that there is intelligent life out there, how does that change your experience on earth?’ Do you hold your kids differently, do you call your mom more, do you buy that expensive bottle of wine?

“Those are some of the issues that we’re trying to shake out.”