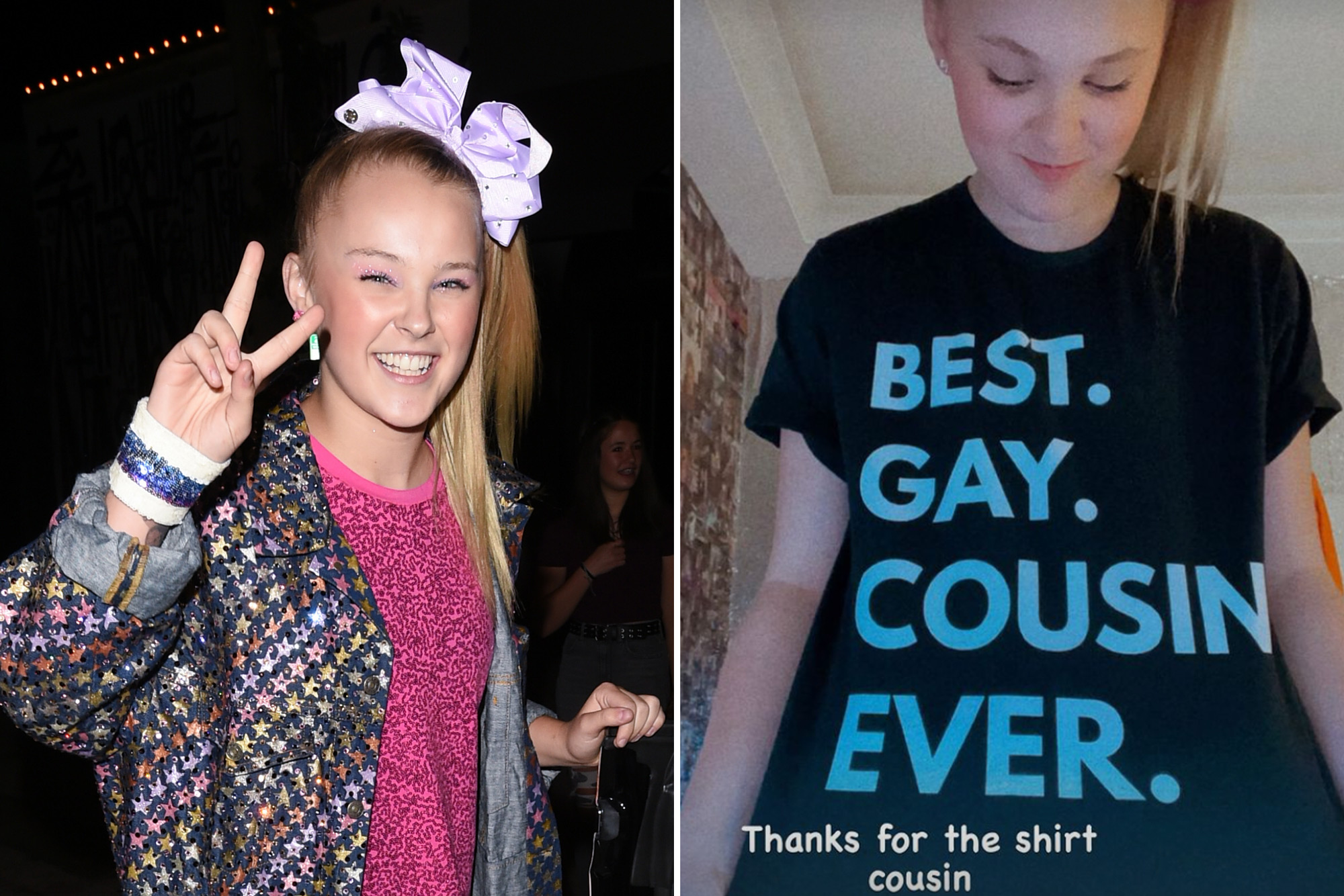 Just one day after sparking speculation about her sexuality, JoJo Siwa kept fans talking with a statement-making style choice.

The 17-year-old dancer showed off a new T-shirt emblazoned with the words “BEST. GAY. COUSIN. EVER.” on her Instagram Stories Friday.

“Thanks for the shirt cousin,” she captioned the pic. She paired the look with one of her signature bows.

The fashion move further fueled speculation that Siwa had come out as queer this week in a TikTok video.

As Page Six previously reported, Siwa posted a clip singing the words to Lady Gaga’s song “Born This Way. As rainbow lights flashed behind her, she mouthed the words, “No matter gay, straight or bi, lesbian transgender life / I’m on the right track baby, I was born to survive.”

While Siwa did not publicly confirm that she was coming out, fans commended the young star for her courage.

“IM SO HAPPY FOR YOU,” James Charles commented on her video.

Others, however, pointed out that she may have just been showing support for the LGBT community.

“Why is everyone assuming she came out tho? what if sis is just vibin to lady gaga,” one person commented.

Her rep did not immediately respond to our request for comment.