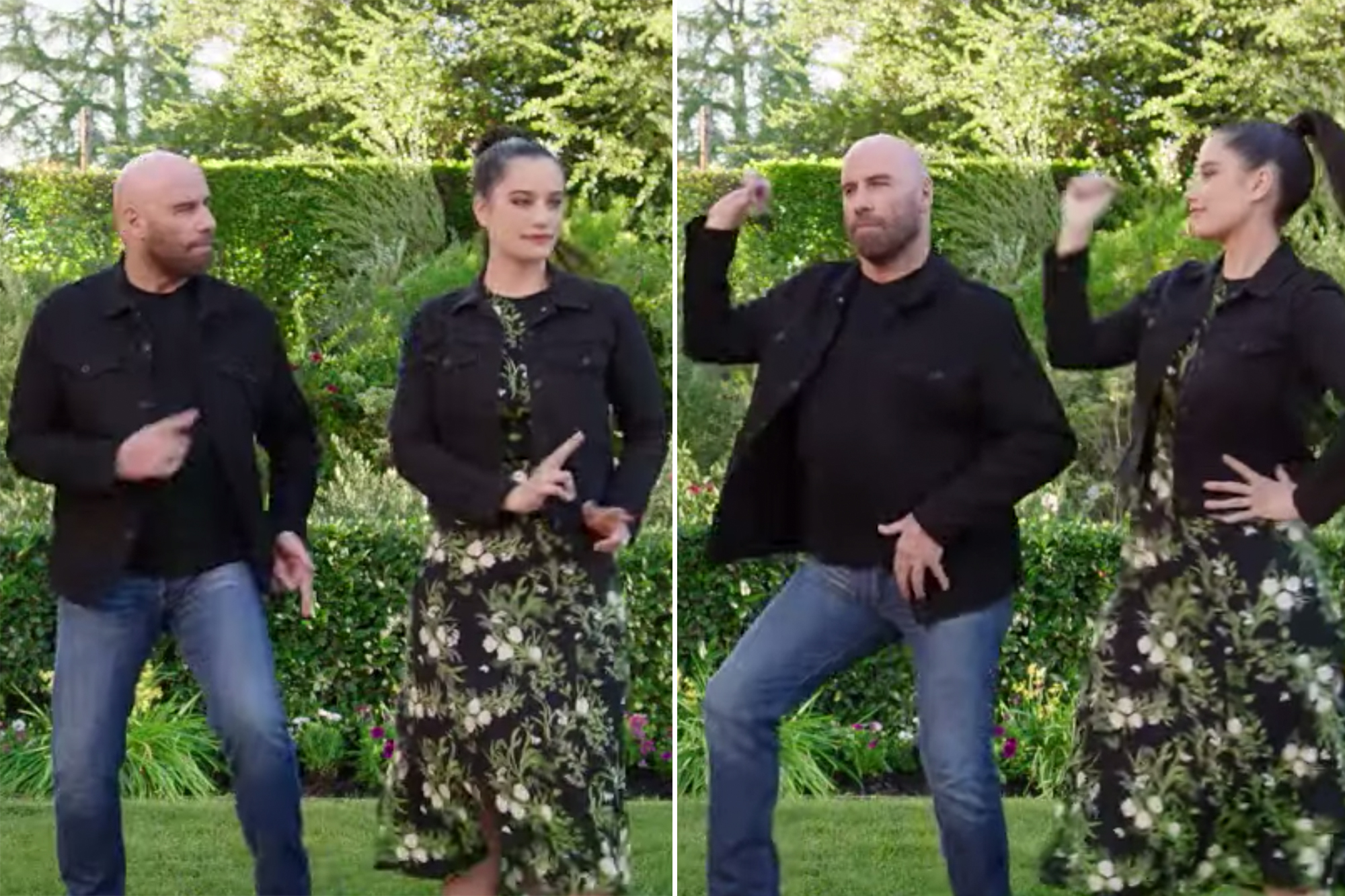 John Travolta can still bust a move and showed off his dancing skills with his 20-year-old daughter, Ella, in a new commercial for the Super Bowl.

The father-daughter duo re-created a scene from the 1978 classic “Grease” in an ad for Scotts & Miracle-Gro, released Tuesday before the big game.

Travolta, 66, appears toward the end of the commercial, struggling to set up a selfie stick to film himself dancing with Ella. The pair then break out the iconic “Born to Hand Jive” dance choreography he once did with “Grease” co-star Olivia Newton-John, this time set to the Surfaces’ song “Sunday Best.”

Travolta has been known to show off his moves on occasion. The “Saturday Night Fever” and “Staying Alive” star shared a sweet video in August dancing with daughter Ella to honor his late wife Kelly Preston, who died in July 2020 after a battle with breast cancer.

Porsha Williams Is Working Out Like Crazy – Check Out Her Clip Here
Marilyn Manson Dropped From Record Label, Loses Acting Gigs After Evan Rachel Wood And Others Allege He Raped, Tortured, And Terrorized Them
Comment