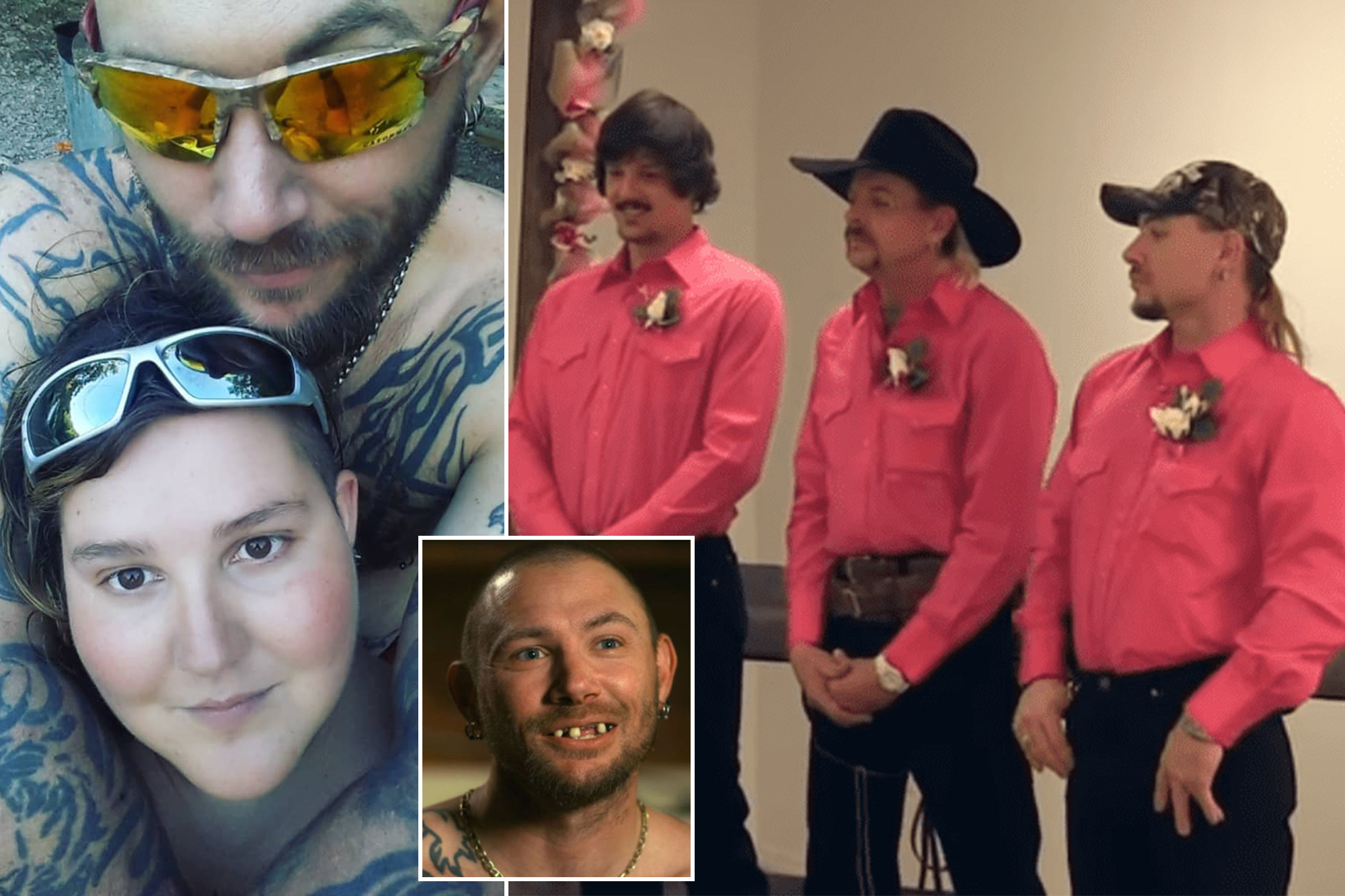 Joe Exotic’s ex-husband claimed this week that his marriage to the Netflix star and another man was a “fake” to help wrangle a reality TV show — revealing that he’s now married to a woman.

John Finlay told The Sun that he was “young and dumb and didn’t know a nail from a hole in the wall” at 19 when he first met the flamboyant “Tiger King” star on his first day at work at his Oklahoma big cat zoo.

Now 37, he put their fling down to him being “impressionable” and willing to “try anything once.”

However, he insisted that now-infamous scenes of their 2014 three-way wedding with Travis Maldonado — all wearing garish bright pink shirts — was just a publicity generating scam.

“The fake one was basically a publicity stunt so Joe could get his own reality TV series,” the welder insisted.

John Finlay says he is now married to a woman named Stormey.Instagram

Finlay — who has had his teeth fixed since finding fame on the show — has since cut off contact with Exotic, real name Joseph Maldonado-Passage, who is currently serving a 22-year prison sentence.

Concerning his alleged stunt wedding to Joe Exotic and Travis Maldonado, John Finlay says he “was in it for the fun.”Instagram

He is now married for real after finding his true love — a woman named Stormey, he said.

“I’ve never felt this way about anyone before. I had no idea what it is like to marry your rock, your soulmate, the person you spend every minute of the day with,” he said.

“Stormey completes me and we are deeply in love,” he said, revealing he wore “a button-up black Western shirt, jeans and my rattlesnake boots” for his special day.

Finlay can never forget his time with Exotic, however — because he still has several tattoos of his name.

He even had an inking reading “Privately Owned By Joe Exotic” just above John’s groin that he covered with an angry bull’s head. He still has four others, including “Joe” on the right side of his chest and “For My Husband, Joe” on his upper arm.

“My only short-term goal is to get all my tattoos covered up,” he said. “It helps get rid of old memories and I will feel a lot freer when they are gone.”

He said he would be happy to take part again in a second series of the show, despite the way he was previously portrayed.

“The only issues I had were the fake wedding and the fact they made me look like a drugged-up hillbilly,” he said.

Exotic, 58, remains in the Federal Medical Center in Fort Worth, Texas, serving 22 years for a murder-for-hire plot on his nemesis, fellow zoo owner Carole Baskin of Big Cat Rescue.

“Joe was judged by a jury of his peers and that’s where I am going to leave that. They found him guilty,” Finlay said.

John Finlay says he took issue with being made to look like a “drugged-up hillbilly.”Netflix