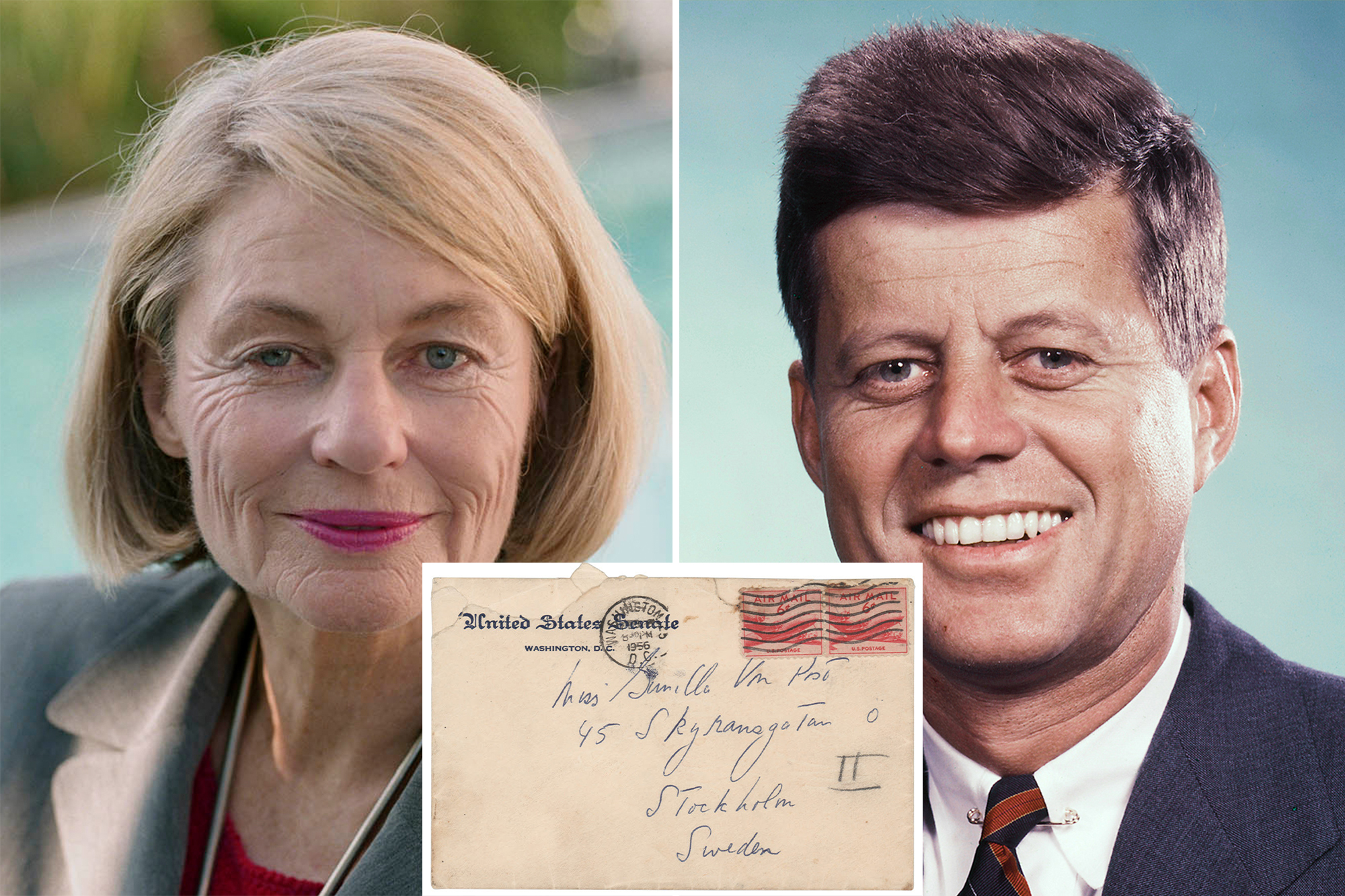 An indecent bit of history is up for sale.

One full and two partial letters written by President John F. Kennedy to his Swedish mistress, aristocrat Gunilla von Post, are currently up for bidding at a Boston-based auction house.

“I had a wonderful time last summer with you. It is a bright memory of my life — you are wonderful and I miss you,” reads one of JFK’s letters — all of which are written on official United States Senate paper — postmarked February 1956 and addressed to von Post. “If you don’t marry come over as I should like to see you.”

JFK hand-wrote the intimate letters to von Post after meeting her in the French Riviera in the summer of 1953, when he was a Massachusetts U.S. Senator and engaged to Jacqueline Bouvier. Despite the danger the pair’s affair posed for both their reputations, Post wrote in her 1997 memoir “Love, Jack” that they maintained it for years.

“I am anxious to see you,” Kennedy wrote in one of the partial letters.

The lovers saw each other for the last time by accident in 1958 at a gala. They’d stopped writing each other in 1956 when Kennedy asked von Post to see him, but she’d already broken off contact after becoming engaged.

“This is the only Kennedy letter that we have offered that displays open affection to another woman while he was married,” a representative for the auction house told SWNS. “This offered group of letters was found among her possessions after her death in 2011 and originates from her estate.”

The auction ends May 12.

Two of the letters include their original hand-addressed United States Senate envelopes, SWNS reported. The JFK letters are part of a larger artifact and autograph sale at the auction house which includes a 1935 portrait of JFK, a three-page handwritten draft of the speech in which he announced his intention to run for president and a signed photograph of John and Robert Kennedy as President and Attorney General.

The auction has one full and two partial letters up for sale.RR Auction / SWNS