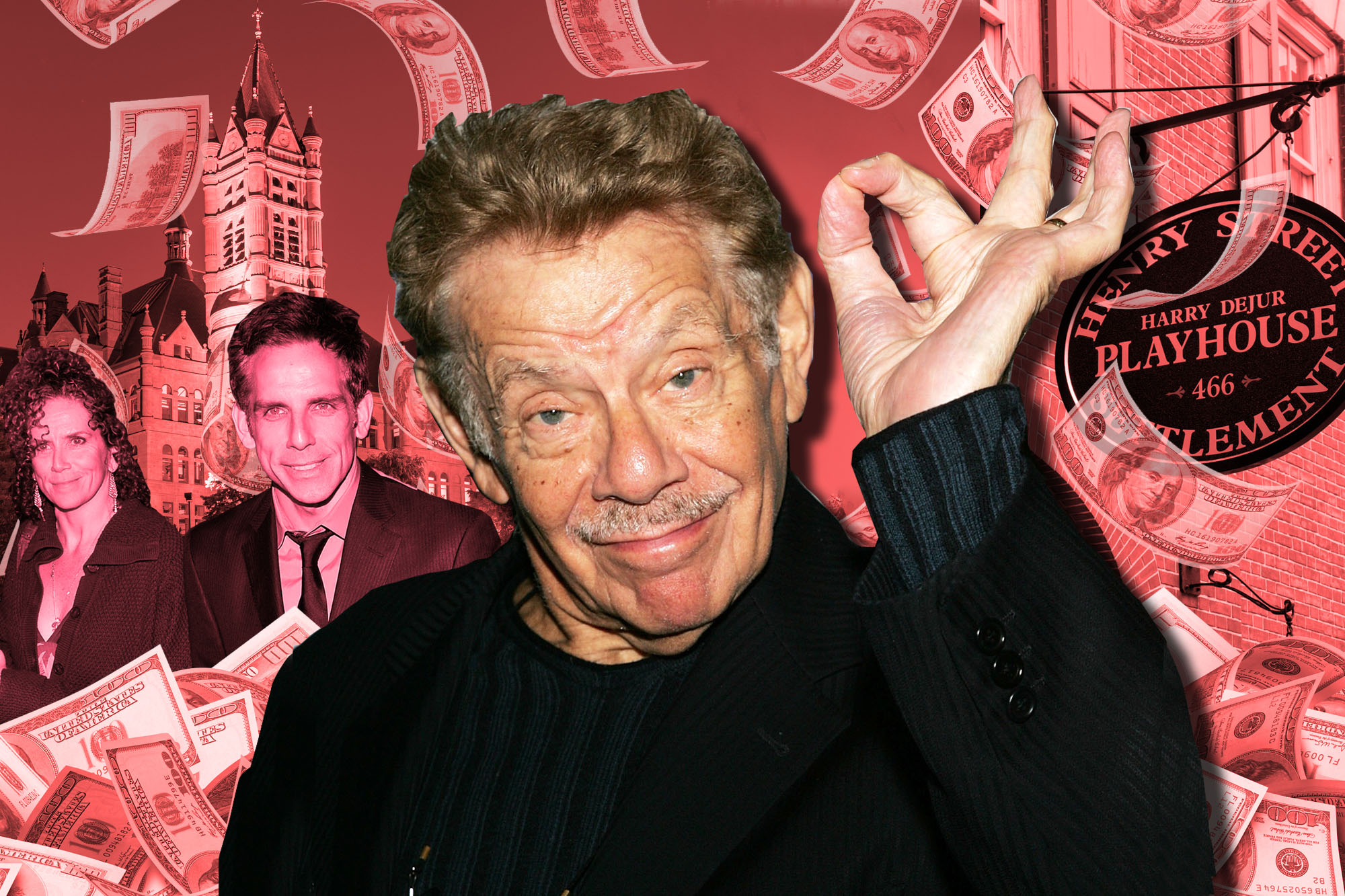 Late comedy legend Jerry Stiller divvied up his roughly $5 million estate among his family, including kids Ben and Amy — and also generously left funds to several New York organizations and former employees, The Post has learned.

The actor, who died in May at 92, designated money for his longtime personal assistant and his since-deceased housekeeper, according to his will, dated March 2010 and filed in Manhattan Surrogate’s court in September.

The document notes that the $150,000 left to his assistant was “in recognition of her exceptional services toward enhancing the professional careers of myself and my wife for many years.”

Most of the late actor’s estate — including jewelry, clothing, automobiles, artwork and furniture — was left to his wife and comedy partner Anne Meara, who died in 2015.

The document stipulates that the couple’s actor kids Ben Stiller and Amy Stiller would be the beneficiaries in the event of Meara’s death.

Other relatives named in the will include Jerry Stiller’s grandchildren, and his sister and niece and nephew.

The native New Yorker also left $25,000 to his alma matter, Syracuse University, to subsidize productions in the theatre department and $10,000 to the charity the The Actors Fund of America, for nursing and retirement homes in New Jersey.

The will also set aside funds for the Henry Street Playhouse (now the Abrons Arts Center) and the Boys & Girls Republic, a youth program run out of the Henry Street Settlement in the Lower East Side.

“Jerry Stiller was certainly a beloved member of the Henry Street family, who got his start on the stage of what is now our Abrons Arts Center,” a spokeswoman said.

“He always spoke very fondly of the Settlement!”

Amy Stiller, who also stands to inherit her dad’s Upper West Side apartment, and reps for Ben Stiller, didn’t comment.