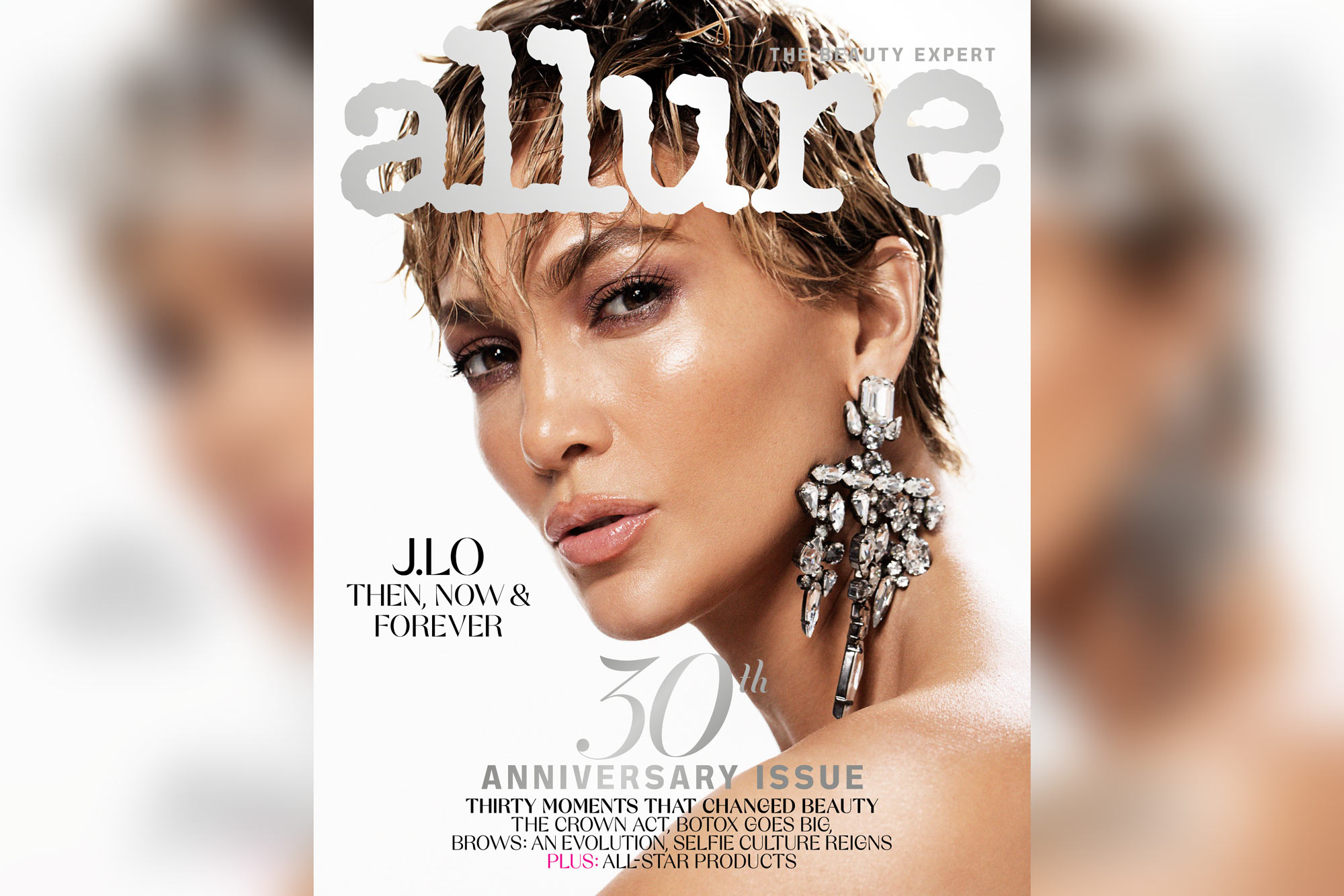 The style was created by Lopez’s longtime hairstylist Chris Appleton, who may have hinted at the big chop in an interview with Page Six Style in December, revealing that he’s been dying for her to try a short ‘do.

Appleton referred to her cover look as a “’90s-inspired wet look crop” in his Instagram Stories, and also posted a shot of his superstar client’s cover with the caption, “So we changed it up✂️ for @allure cover shoot!”

On the cover, Lopez wears nothing but a single House of Emmanuele earring and her own JLo Beauty That Star Filter Highlighting Complexion Booster ($39), along with Brilliant Eyes Liquid Eye Shadow in Rose Gem ($11.99), True Match Lumi Glow Nude Highlighter Palette in Sunkissed ($11.99), and Infallible 8 Hour Pro Lip Gloss in Coral Sands ($10.49), all by L’Oréal Paris.

Lopez is no stranger to switching up her hair; she previously looked almost unrecognizable in her “In the Morning” music video, sporting a long purple wig that many compared to Lady Gaga’s “Chromatica” and Appleton dubbed “Unicorn Barbie.”