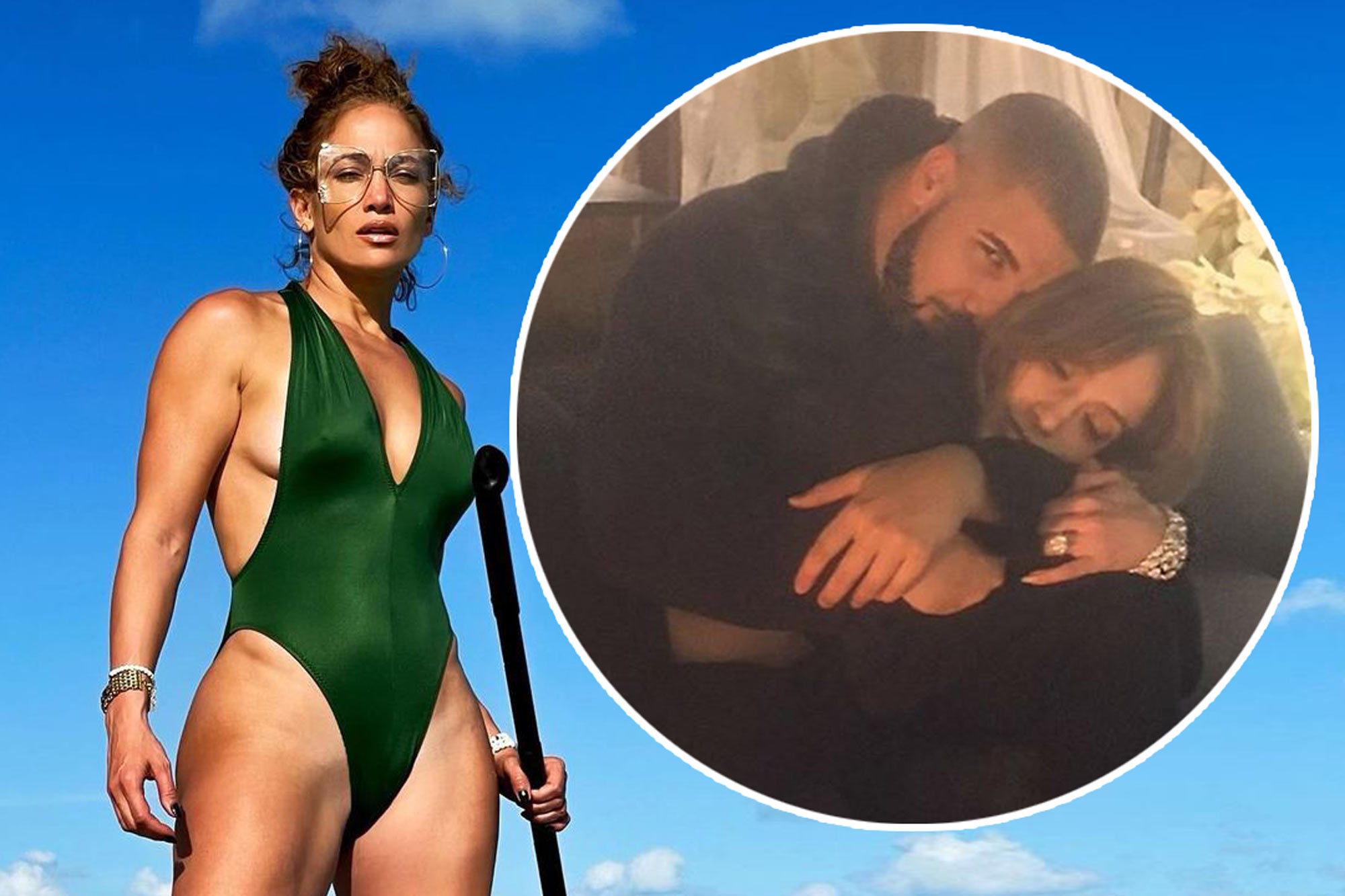 She still likes his music.

Jennifer Lopez was seen dancing in a strapless yellow bikini to old flame Drake’s song “POPSTAR” while hanging in a pool in the Dominican Republic amid her relationship drama with Alex Rodriguez.

The “Dinero” singer, who is on the island shooting the movie “Shotgun Wedding,” bopped along to the beat as she filmed herself in a video posted to her Instagram Story on Monday.

Jennifer Lopez — seen with Drake in 2016 — danced to one of her rumored old flame’s tunes. Instagram

Her hair was pulled back in her signature tight bun and she paired her big hoops with a shiny pair of sunglasses. At one point she lifts a glass of what appeared to be a mimosa to the camera and then takes a sip before proceeding to move her hips again.

J.Lo’s song choice was interesting considering she and Drake were romantically linked in 2016.

Perhaps she was sending signals to Alex Rodriguez. Her relationship with A-Rod has been in question ever since rumors swirled that he was involved with “Southern Charm” star Madison LeCroy. Sources close to A-Rod, however, shot down the LeCroy rumors to The Post last month.

Jennifer Lopez and Alex Rodriguez are reportedly working on their relationship.Getty Images

But Page Six exclusively reported in March that the power couple had broken up over the ordeal, forcing them to call off their two-year engagement.

But a source later told us that they were working on mending their relationship and that Rodriguez flew down to the Dominican to smooth things over with Lopez. They have reportedly reconciled.

Lopez shares 12-year-old twins Emme and Max with ex-husband Marc Anthony, while Rodriguez is the father of two daughters, Natasha and Ella, with ex Cynthia Scurtis.