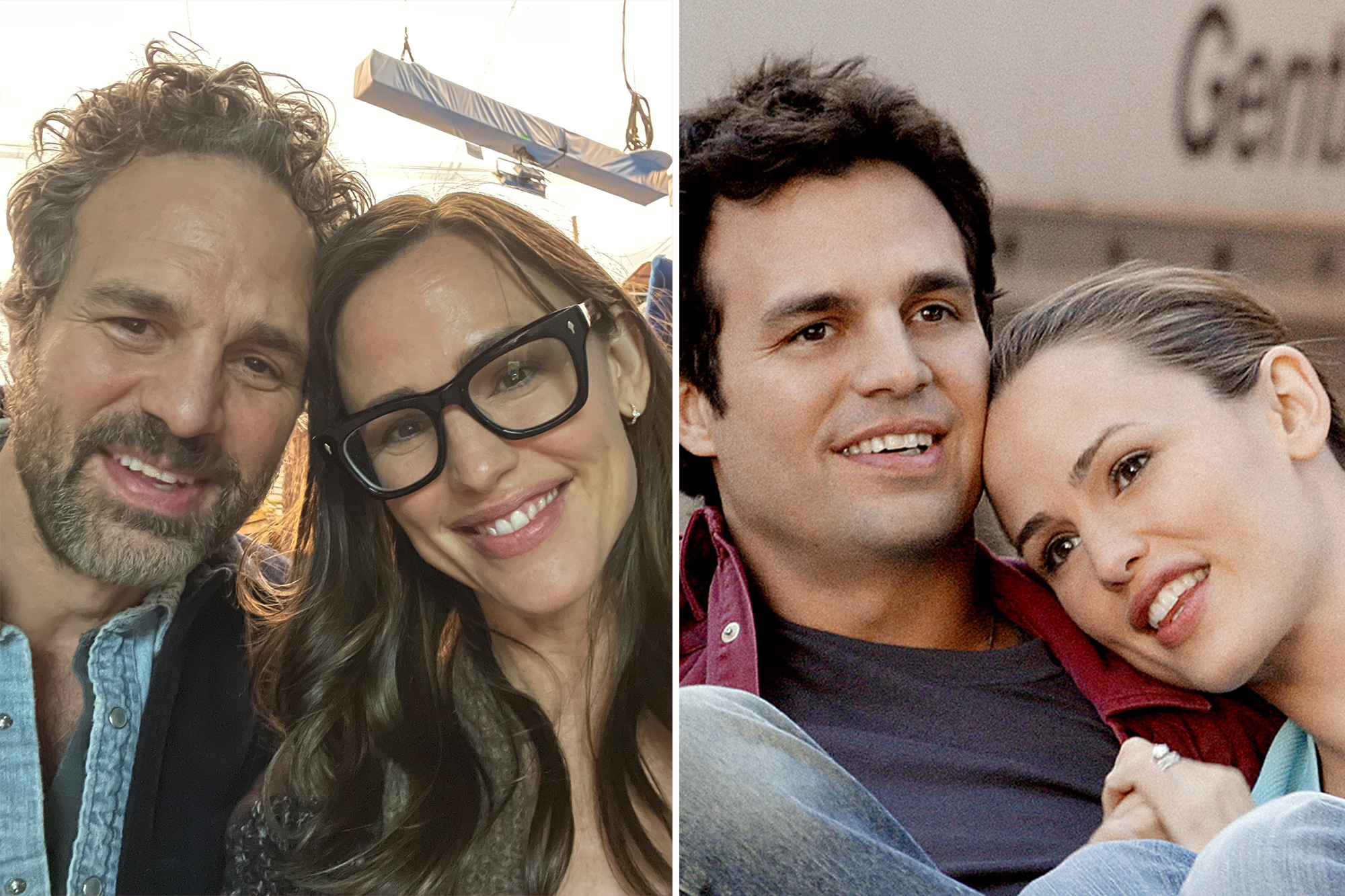 Jenna and Matty are all grown up.

“13 Going on 30” stars Jennifer Garner and Mark Ruffalo have reunited on the set of their new movie.

Ruffalo, 53, posted a pic with his co-star on Twitter on Tuesday. “Reconnecting with an old pal. Anyone know where we can get Razzles in Canada?” he wrote, referencing the popular candy from the 2004 romantic comedy.

Garner, 48, posted the same photo on Instagram, writing, “Wishing dust worked! And I got a perfect day with my old pal.”

The real star of “13 Going on 30,” Judy Greer, was notably missing from the photo.

Ruffalo and Garner are currently in Vancouver filming “The Adam Project,” according to People.

Ruffalo and Garner in “13 Going on 30.”©Columbia Pictures/Courtesy Eve

In the movie, 13 remains their lucky number: “The Adam Project” stars Ryan Reynolds, 44, who has to go back in time to when he was 13 years old to get help from his teen self, according to the Hollywood Reporter.

Garner and Ruffalo play Reynolds’ parents. The movie also stars Zoe Saldana as Reynolds’ adult wife, and Catherine Keener as the villain. It’s unclear when the Netflix project will premiere.

Fans have been secretly wishing Ruffalo and Garner were together ever since sparks flew on the 2004 movie.©Columbia Pictures/Courtesy Eve

Although fans have been “shipping” (speculating that two friends are in a relationship) Ruffalo and Garner for years, the movies are the only chance to see them as a couple.

“The Avengers” star has been married to actress Sunrise Coigney since 2000. Although Garner was married to Ben Affleck from 2005 to 2018, she was linked to businessman John Miller until August of last year.