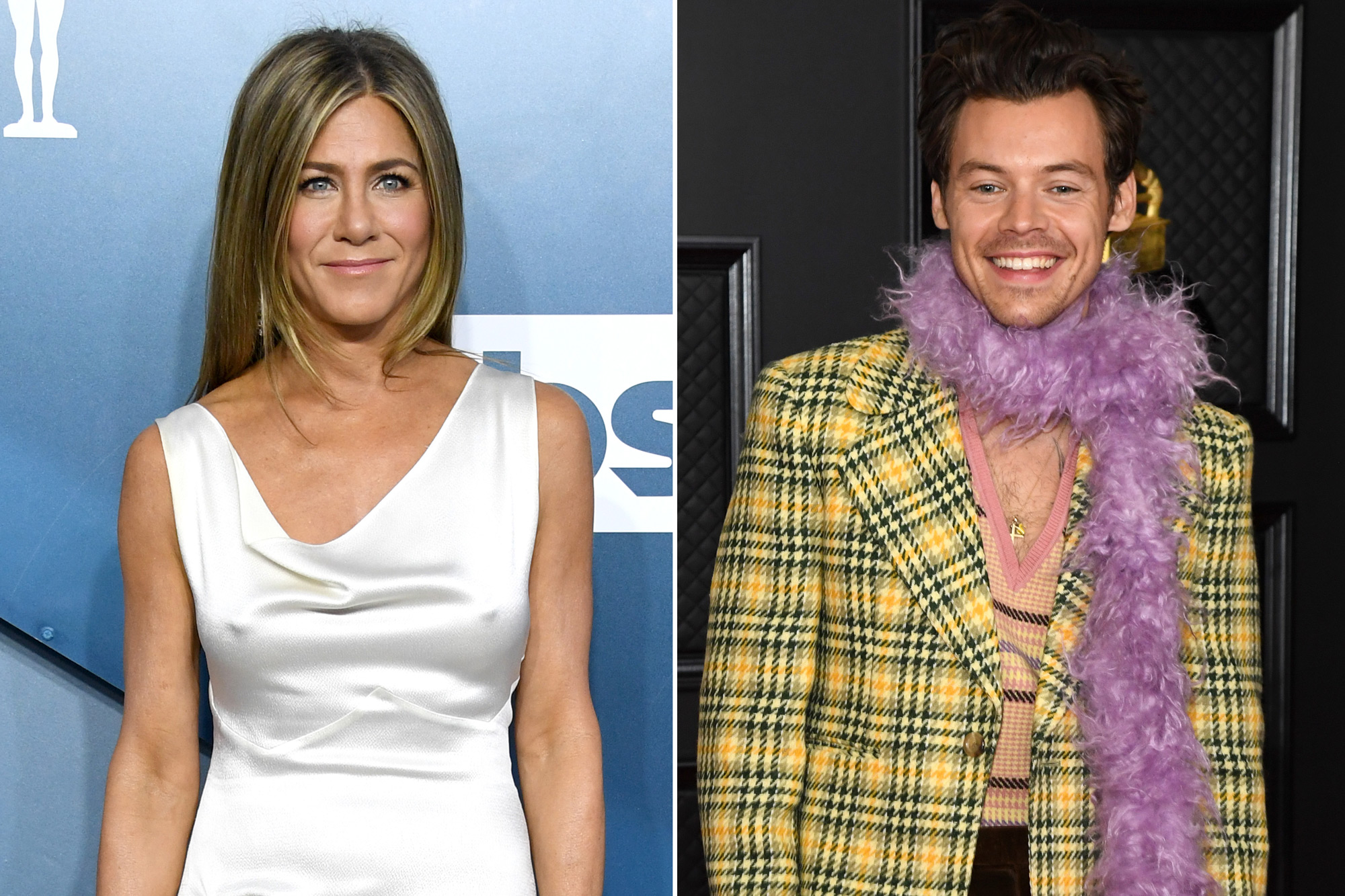 When it comes to style, Jennifer Aniston and Harry Styles will be there for you.

The pop singer, 27, wore the same brown-and-tan suit to the 2021 Brit Awards in May, accessorizing with a matching bamboo-handled handbag as he accepted the award for Best British Single for “Watermelon Sugar.”

Fans went wild over the double take on Twitter, with one person claiming that “Harry Styles walked so Jennifer Aniston could run.”

“Harry said Jennifer Aniston was his first celebrity crush so I bet he is loving this right now,” a fourth Twitter user pointed out, referencing Styles’ 2020 interview with Ellen DeGeneres.

Though Styles wore it first this time, he has previously looked to Aniston for style inspiration; in October 2020, the singer was spotted wearing a “Save the Drama for Your Mama” T-shirt identical to one the actress sported on Season 10 of “Friends.”

Though the embroidered tee was likely a vintage find for both stars, there are tons of dupes available for purchase on Etsy, Amazon and more.