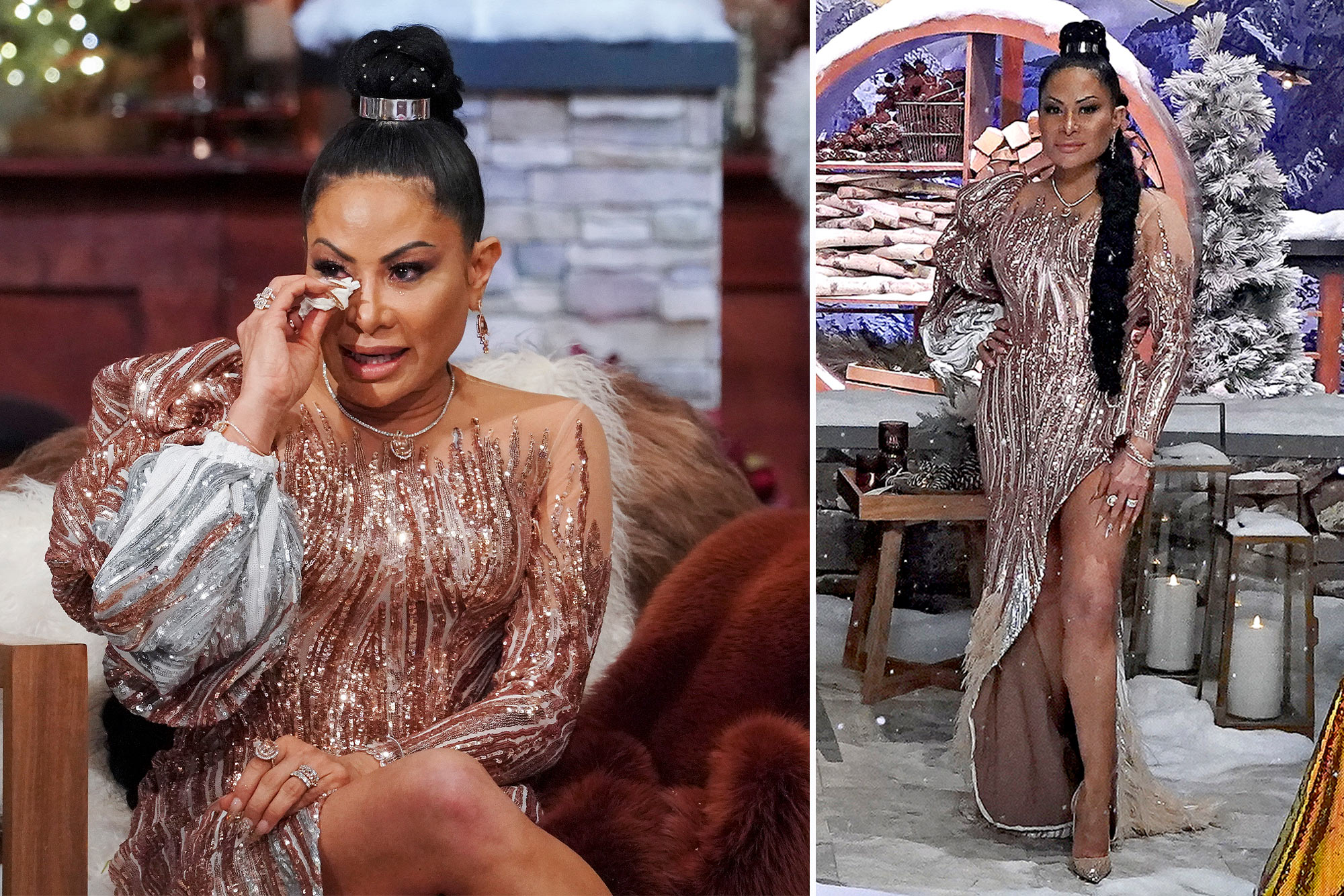 Jen Shah’s “Real Housewives of Salt Lake City” reunion drama started before she even got to New York.

Shah, 46, told Page Six Style that her custom JXA by Koa Johnson gown almost didn’t make the flight with her for the taping.

“Koa was running to the airport to hand me the gown when I was getting on the plane, because there’s little tweaks along the way. [With] a custom gown, there’s hundreds and hundreds of hours … every little sequin, every little feather is sewn on, and it’s very, very intensive,” she said in a recent interview.

“So it took a good three solid weeks with six, seven people working on the gown.”

Shah said the dress was a collaboration based on the color palette and theme that Bravo gave the cast.

“And then he sketches it out and then our team sources the fabric and we start going from there and putting it all together. We had to get the sketch approved. And, you know, when you’re making a custom couture dress, you don’t have the gown. So you have to show them a sketch, show them the fabric, show them the details so they can say yes, and then you can go and make it.”

Luckily, her dress arrived in time for what Shah called a pretty “explosive” reunion.

She said it was emotional reliving some of the tension she faced with Coach Shah after her outburst at his birthday party, adding that it was difficult to discuss social justice issues with her cast mates. She was grateful that her husband joined for the taping — and gave her one of his best pep talks ever, no less.

As for her co-stars, she teased, “My relationship with everyone, for the most part, is good. I’ve talked to quite a few of the ladies after reunion. They call, text. So, yeah. I think people will be very surprised, though. There was some doozies that happened that day.”

Now that the drama is behind her, Shah joked that she isn’t quite ready to hang up that dress.