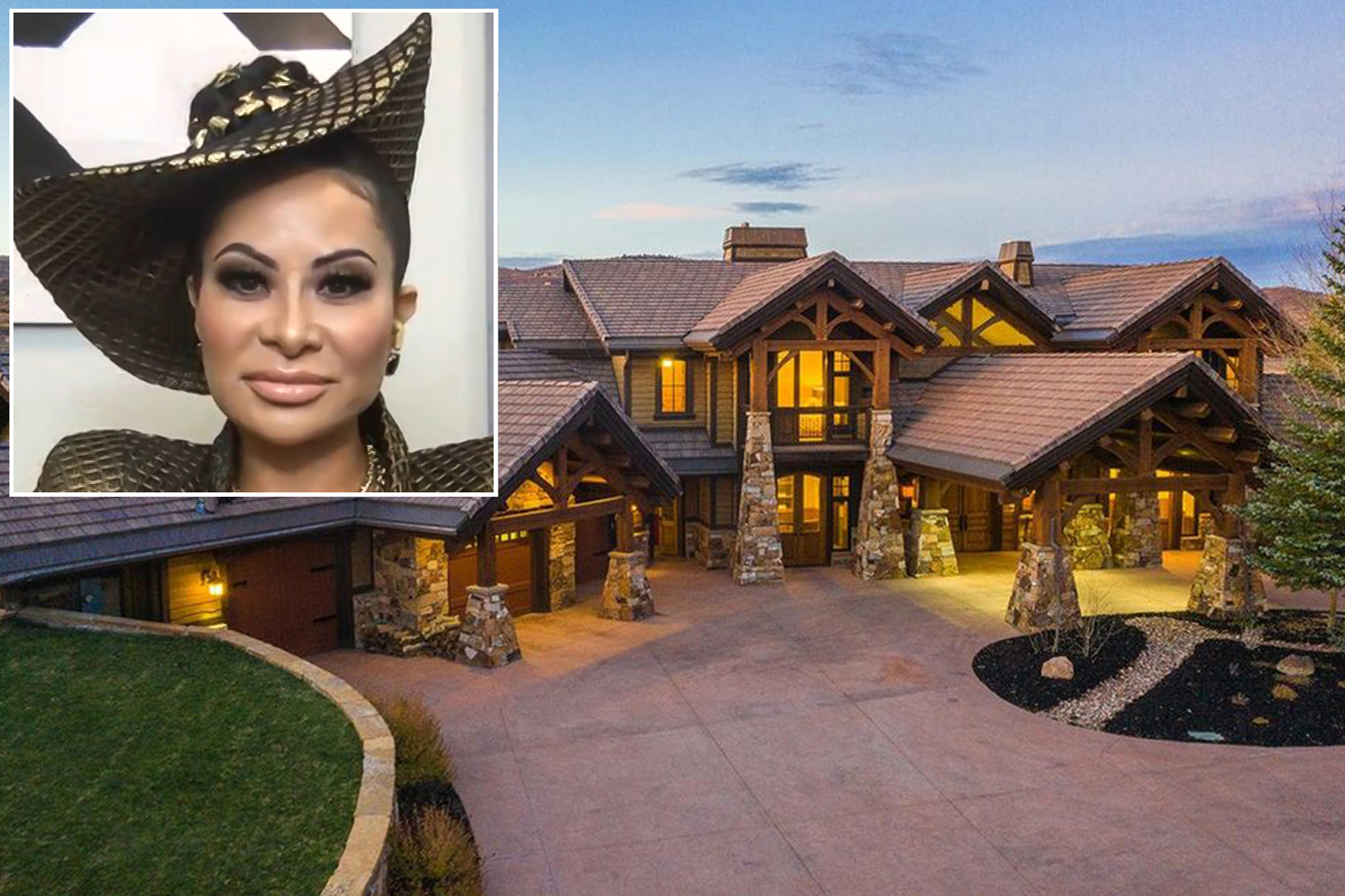 The “Real Housewives of Salt Lake City” star Jen Shah was arrested on Tuesday for alleged money laundering and defrauding hundreds of elderly people in a telemarketing scam. But her alleged victims weren’t the only ones getting faked out — so were Bravo fans.

The 47-year-old breakout star quickly became notorious for her flamboyant fashions and her friendship faux pas — both equally loud — on Season 1 of the latest entry in the “Real Housewives” franchise.

However, the $3.9 million Salt Lake City rental she grandly passed off as the “SHAH SKI CHALET” actually never belonged to Shah, The Post has learned.

Instead the 9,420 square-feet home featured on the show is owned by the Texas-based real estate rental company, Univesco Inc., which is under the limited liability company RJW Capital Investors.

Yes, it was (GASP!) a rental: Property records discovered by The Post reveal Univesco Inc. has owned the home since 2014.

And as any true fan knows, in the “Real Housewives” universe, few things are more shameful than renting your own home. After all, Bravo daddy Andy Cohen once famously shaded those who choose to rent.

“I don’t understand the concept of renting at all,” the “Real Housewives” executive producer, 52, he told Forbes in 2019. “It’s just throwing money away. Especially a huge home. I don’t get it.”

Steven Frey of Univesco told The Post she had no idea that Shah had been hyping the property as her own on the show. A separate spokesperson handling their Utah properties exclusively is expected to provide more details at a later time.

Bravo itself may have also been deceived, considering they did not shy away from promoting the chalet on the show, including a featured article. (Reps for the network did not immediately respond to The Post’s request for comment.)

An exterior shot of the sprawling residence once pegged as the “SHAH SKI CHALET.”realtor.com

“On the November 11 series premiere…Jen Shah hosted a lavish fete at her house, but even before she transformed the abode (which she calls the “Shah Ski Chalet”) for her castmate Meredith Marks’ birthday, our jaws dropped over her insanely gorgeous home,” the article gushed.

Although it went largely unnoticed at the time, speculation that one of the housewives from the show was renting a property to film spread like wildfire last year on fan blogs and podcasts.

But there was even gossip in the housewives’ inner circle: On a Feb. 12 2020 episode of “On ‎Weekly Dose of BS,” hosted by “Real Housewives of Dallas” star Brandi Redmond and Stephanie Hollman, Redmond revealed that she knew someone from the “RHOSLC” was renting.

Shah reacted in her signature over-the-top style to Redmond’s comments on Instagram — after a helpful fan page shared an audio clip of her comments.

“Is this what everyone is getting their g-string up their a** about bcuz [sic] their irrelevant? Or is it bcuz they wish they could afford to pay the rent plus own 4 other homes and have an apt in NYC?” Shah wrote in the comment section of a now-deleted Instagram post at the time.

In a later post she continued to wax poetic: “You want to come for me with your red hair and bulls–t, come harder honey. You’re about to get a taste of SHAH SQUAD and I don’t mess around. PERIODT.”

Note: The Post could find no documentation to substantiate Shah’s claims of owning “four other properties and an apartment in NYC.”

However, the sprawling chalet home featured on Bravo was up for sale in 2019, until the five bedroom, six bathroom spread was taken off-market — apparently during the time Shah began filming for the show, according to documents.

According the listing, the timber frame home is equipped with “three substantial master suites, each with its own fireplace and sitting area, and two additional bedroom suites.”

The expansive backyard comes with a hot tub. realtor.com

A pool table situated in the upper-level den. realtor.com

Currently, records indicate that Shah and her husband are renting an $8,000/month Park City home that they moved into shortly after selling their 16-year home.

“Shah and Smith flaunted their lavish lifestyle to the public as a symbol of their ‘success,’” said Homeland Security Investigations Special Agent Peter Fitzhugh in a statement.

“In reality, they allegedly built their opulent lifestyle at the expense of vulnerable, often elderly, working-class people.”

The indictment out of the Southern District of New York claims Shah and Smith executed a telemarketing scheme with co-conspirators that operated in six states — New York, New Jersey, Arizona, Nevada and Utah.

A rep for Shah declined to comment on her arrest.

According to the indictment, hundreds of victims, many of whom were over 55, were tricked into investing into shady projects and business services which included coaching sessions, tax preparation, and website design services.

What’s worst, many of these individuals targeted did not own a computer. The alleged scheme took place from 2012 up until as recently as this month.

Her on-set debacle is a far cry from January, when Shah gushed about her company, announcing she was launching a program dubbed “Social Commerce,” to assist women in need amid the coronavirus pandemic.

“We’re helping women pivot and shift their business through the quarantine and COVID,” she explained at the time. “To helping them still stabilize their business through online sales because their brick and mortar stores are closed…we’ve been working with some ladies, so you’ll see some of that coming out and hearing their stories and seeing how we help their businesses grow.”

Perhaps she should have taken her own advice.