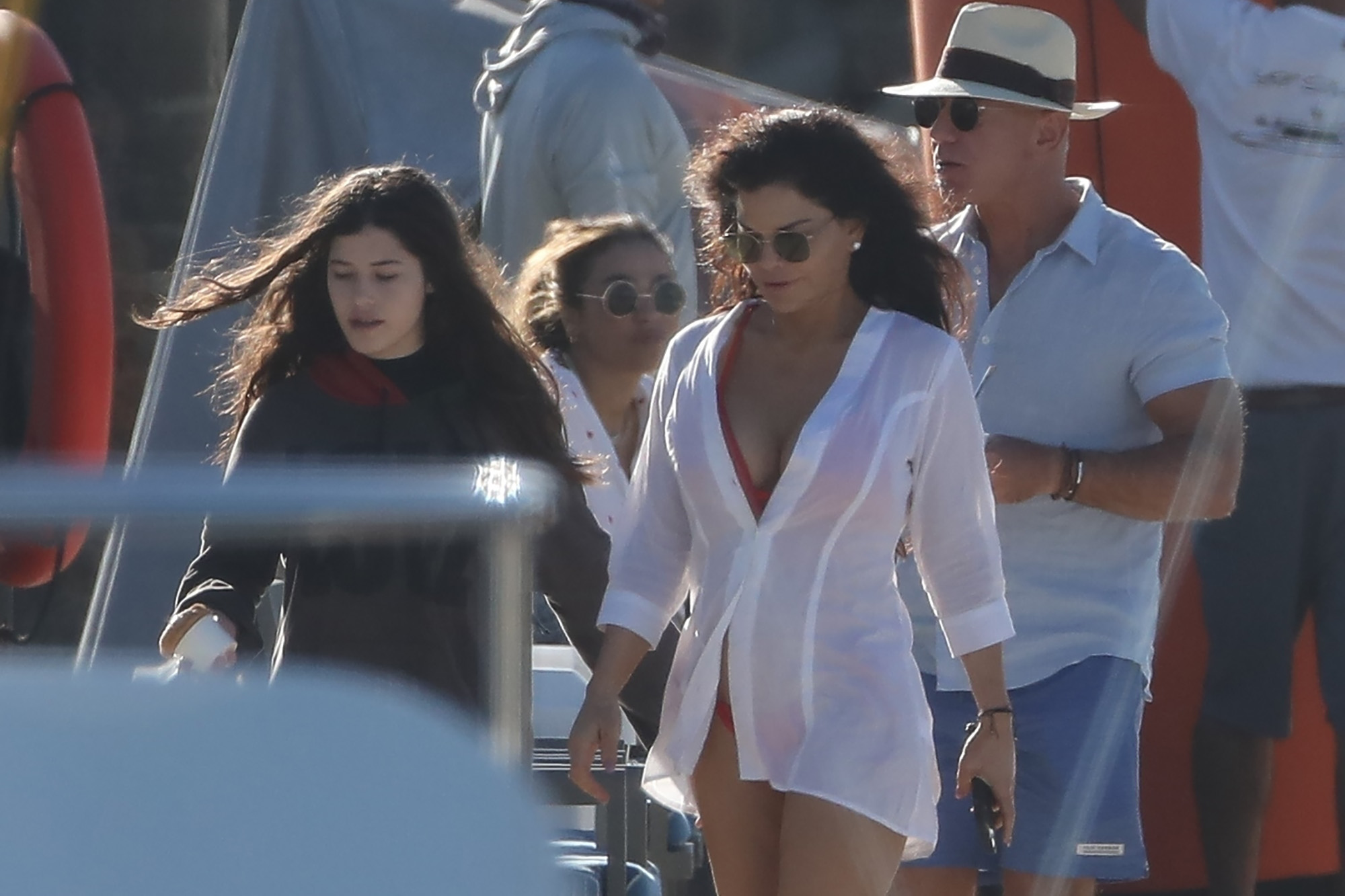 Not long after the world’s second-richest man announced that he’ll be stepping down as CEO of Amazon later this year, he and girlfriend Lauren Sanchez were pictured aboard a luxe boat in Cabo San Lucas, Mexico.

Bezos — wearing blue swim trunks, a short-sleeve shirt and a straw hat — and Sanchez, clad in a red bikini and a white cover-up, were photographed on the swanky ride as well as strolling along the water in the sunshine.

Lauren Sanchez and Jeff Bezos enjoyed some time on a boat. BACKGRID

On Feb. 2, it was announced that Andy Jassy, head of Amazon’s cloud computing unit, will take over as CEO during the third quarter of 2021. Bezos, who founded the company 27 years ago, will act as executive chair of Amazon’s board.

Page Six exclusively revealed in January of 2019 that Bezos, 57, and Sanchez, 51, were dating — just as Bezos announced that he and his wife, MacKenzie Bezos, were divorcing. Sanchez was also in the middle of her own divorce at the time, from Hollywood talent mogul Patrick Whitesell.

Jeff Bezos and Lauren Sanchez were in Mexico following Bezos’ announcement that he’s stepping down as Amazon CEO.BACKGRID

Since Bezos and Sanchez’s scandalous romance went public, Page Six reported that he had “gone Hollywood” with splashy gestures for his lady. “Risky fashion choices, lunch with Anna Wintour, a nonstop barrage of shameless selfies with A-listers He’s . . . a narcissist with poor judgment, and Lauren is calling the shots,” a former pal of Sanchez’s told us last year.

The globe-trotting couple has been seen vacationing in glamorous locales all over the world, from St-Tropez to the Balearic Islands.

Kelly Rowland Stuns In Black Swimsuit Only 5 Months After Having 2nd Child – Pic!

Tamar Braxton Has An Important Confession To Make For Her Fans

Gabrielle Union Praises A Woman Who Is Changing The World