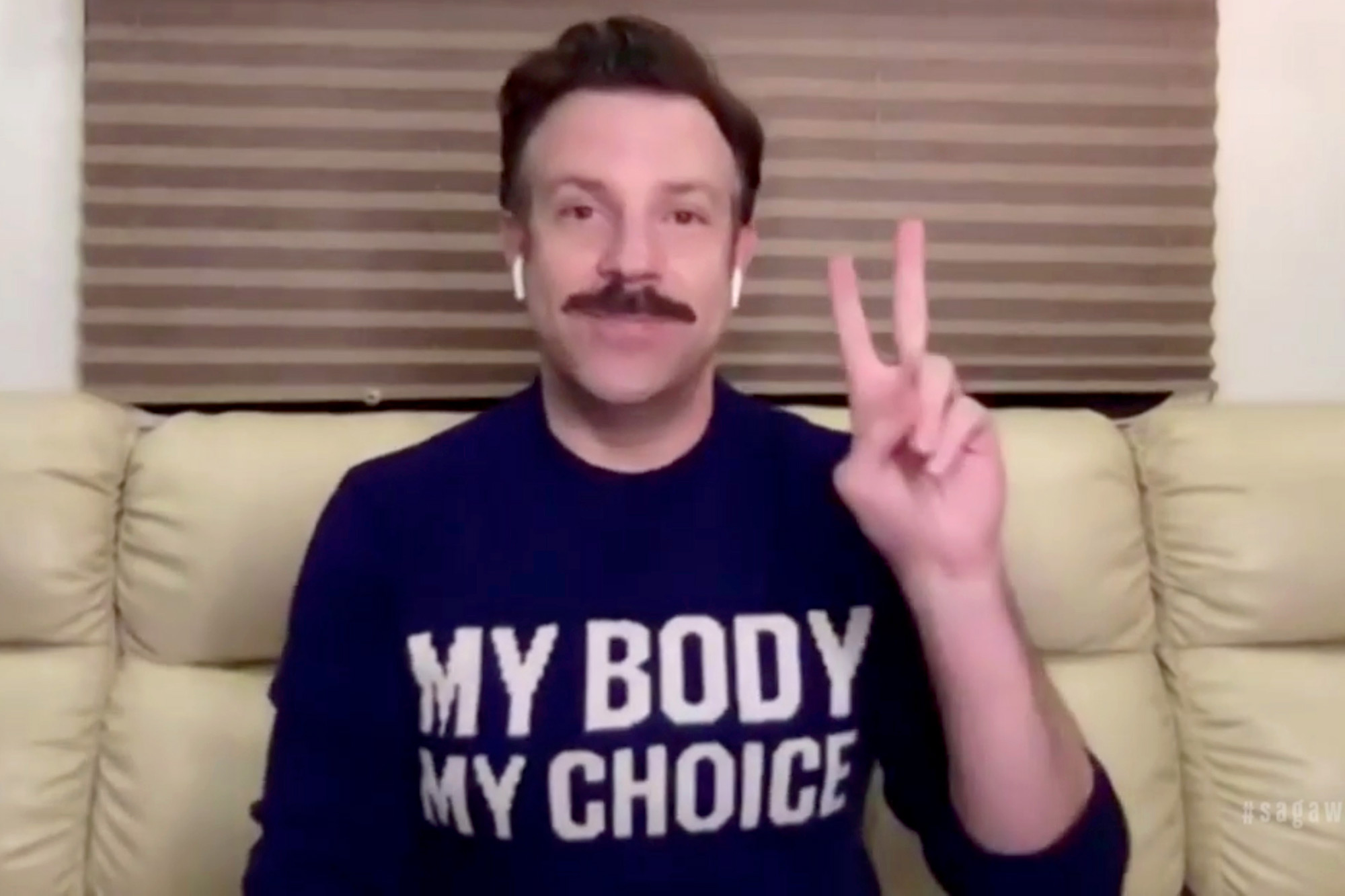 The “Ted Lasso” actor, 45, sported a navy crewneck sweater emblazoned with the phrase “My Body My Choice” for Sunday night’s 2021 SAG Awards, perhaps poking fun at the internet’s obsession with his casual awards-show attire.

Emblazoned with a famous feminist slogan from the ’70s, the Gucci style retails for $1,100.

Sudeikis previously sported hoodies in place of formalwear for both the 2021 Golden Globes and the 2021 Critics’ Choice Awards.

Ahead of the SAG Awards, he said that he knew his laid-back looks would go viral and spark controversy.

Jason Sudeikis sported a tie-dye hoodie for the 2021 Golden Globes.HFPA via Getty Images

The actor paid subtle homage to two important women in his life with his hoodies. During the Globes, he donned a tie-dye hoodie from his sister’s dance studio, and for the Critics’ Choice Awards, he chose a Crockett High sweatshirt, representing the fictional school from ex-fiancée Olivia Wilde’s directorial debut, “Booksmart.”

It seems hoodies aren’t necessarily a good luck charm for Sudeikis; the star still nabbed the SAG Award for Outstanding Performance by a Male Actor in a Comedy Series.