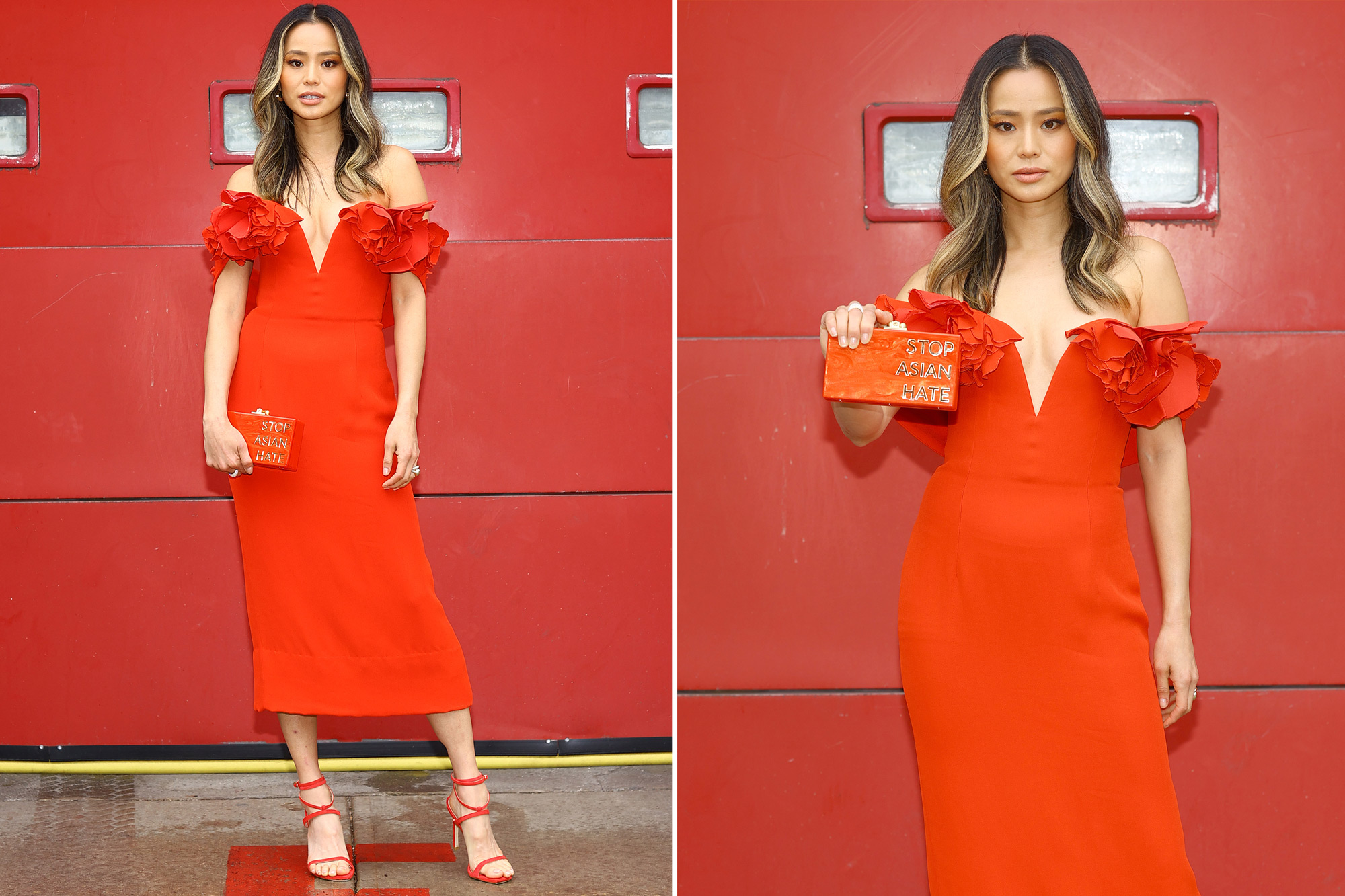 Jamie Chung made a bold statement with her outfit for the 2021 SAG Awards.

The actress, 37, donned an Oscar de la Renta dress in a fiery shade that paid homage to her Korean heritage, and carried a custom Edie Parker purse adorned with the words, “Stop Asian Hate.”

“In some Asian cultures, the color red symbolizes joy, luck and happiness. In Korean culture it symbolizes creation, passion and power. I’m so proud of my history and heritage,” Chung wrote on Instagram.

“Stop Asian Hate” has become a rallying cry in recent weeks as violence against the AAPI community has increased drastically around the United States.

Chung is nominated for Outstanding Performance by an Ensemble in a Drama Series for her role in “Lovecraft Country,” an HBO horror series that shows the real experience for people of color in the United States during the 1950s.

The actress let her dress and accessories do the talking, keeping her hair and makeup for the evening relatively understated.

Billie Eilish’s Blonde Hair Was A Secret Project In The Making
Would you wear Lizzo’s butt-baring cutout dress?
Comment