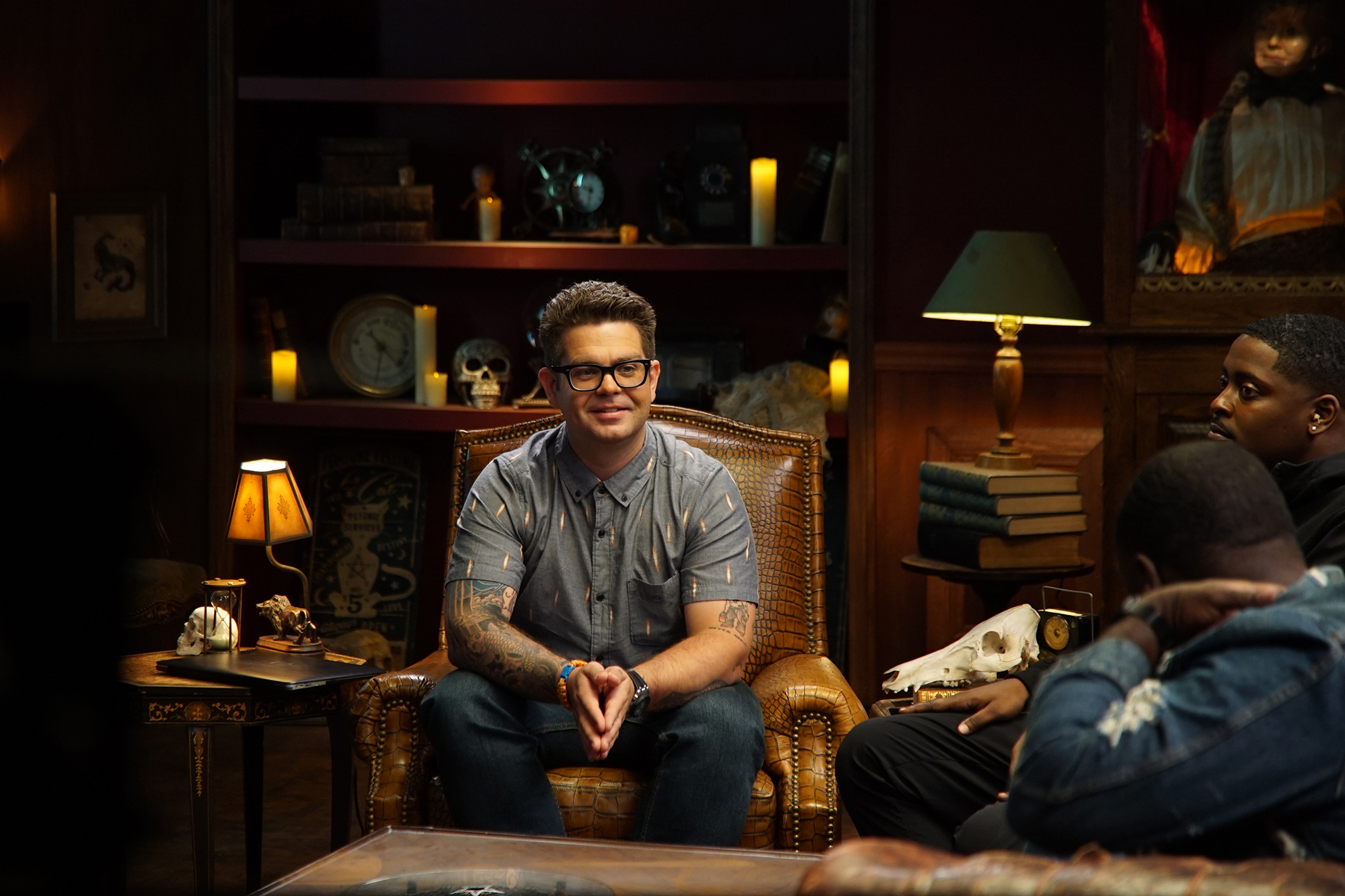 Now airing on discovery+ (new episodes out Tuesdays) streaming platform, the reality series sees Osbourne team up with ghost-hunting trio “The Ghost Brothers” to investigate videos of supposedly paranormal happenings — and to scare each other.

“I had been batting around with Travel Channel saying, ‘I want a lighthearted funny, fun, but also can be spooky chat show in the paranormal,’ ” Osbourne, 35, told The Post.

“And they came back to me with, ‘Want to do this with the Ghost Brothers?’ It was a great opportunity to hang with the guys, and I didn’t realize how much fun it ended up being. We were laughing for like 12 hours straight every day. Within the first ‘action!’ we were busting each instantly and it was great. It was such a whirlwind; we had five days to shoot 10 episodes. The train left the station and was not stopping.”

Osbourne was hosting “Portals to Hell” on that network at the same time, which is how they first connected.

“We all had shows on Travel Channel and we all met and hit it off,” said Spratt, 34, who’s also a clothing designer. “You have this big personality like Jack Osbourne with a great TV background, and then you have The Ghost Brothers — three brothers who have been friends forever. It’s just a natural fit. I think once people see us together, you’d think Jack was the fourth Ghost Brother, or maybe we were the seventh Osbourne.

“I think [producers] just saw us talking and thought, ‘That chemistry should be shown.’ It was a match made in heaven.”

Osburne has been a TV personality ever since his teen years, when he grew up on camera on his family’s reality show “The Osbournes,” which ran on MTV from 2002-2005 and featured Jack, parents Ozzy and Sharon, and sister Kelly. His interest in the subject of the supernatural started during that time.

“I grew up during the ‘X-Files’ heyday,” said Osbourne, who’s currently based in LA. “I lived and breathed that show as a 10- and 11-year-old. As I became a teenager, I used to go on dumb little ghost-hunts with friend. And then in my 20s I got asked to do a ghost hunting show and one thing led to another. It happened very organically; it’s just something that’s always intrigued me.”

Each episode of “Fright Club” finds Osbourne and the three Ghost Brothers sitting in a spooky living room set in LA draped in skulls and cobwebs as they comb through creepy videos of allegedly supernatural occurrences and conduct interviews with witnesses.

They then talk through their findings and select the scariest clip — such as a preacher getting interrupted by a mysterious white fog during a prayer — or an allegedly haunted daycare facility.

“The craziest thing was all the Bigfoot footage,” said Osbourne. “I’ve always been super- skeptical about Bigfoot, and we watched so many clips of some kind of creature. And then Marcus [Harvey] had someone bring in a toenail which was allegedly Bigfoot’s. I was so on the fence about going into [the show] — and I think now I’m more of a believer.