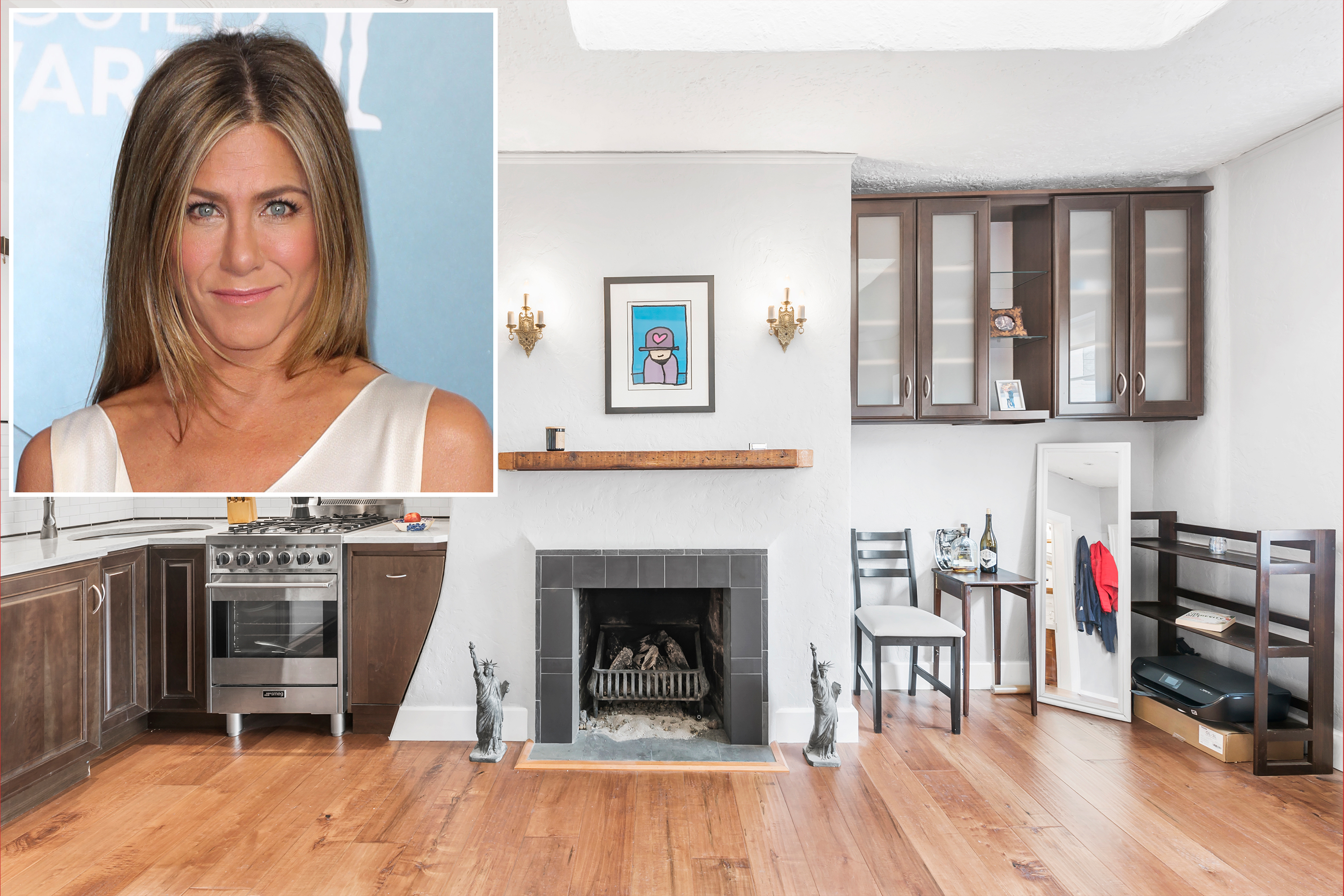 Only three blocks from her iconic NBC sitcom’s exterior, the five-story home at 526 Hudson St. is listed for $10.95 million. With five bedrooms and six bathrooms, the townhouse spans 5,296 square feet, according to the listing.

“I grew up on the Upper West Side, which was great! But honestly, my favorite memories are of the West Village at 526 Hudson St.,” Aniston said in a statement to a Bendewald family representative.

A rep for Aniston, 51, who recently appeared with Bendewald, 50, in “The Morning Show” and “Murder Mystery,” did not return a request for comment from The Post.

However, the actresses have indeed been friends since they were 14 years old, when they met at the historic Manhattan High School for the Performing Arts, aka the “Fame” school.

Bendewald made a Season 7 guest appearance on “Friends,” and also served as Aniston’s bridesmaid in her 2000 wedding to Brad Pitt. Later, Aniston was the matron of honor in Bendewald’s 2001 nuptials to actor-writer Mitch Rouse (“Strangers with Candy”).

The brownstone where these gal pals spent formative years together is configured as an apartment complex, but the Bendewalds have “always lived” on parts of two or three floors of their building, according to Mason Bendewald, Andrea’s brother. The final Bendewald family member moved out of the residence in 2016, a family rep told The Post.

Aniston and Bendewald are featured in this image taken in the late ’90s at 526 Hudson St. Andrea Bendewald

Currently, the structure has kitchens, bedrooms and walk-in closets on each residential floor to accommodate renters. However, “it’s being marketed as an opportunity to convert into a single residence,” a representative for the property sale told The Post.

“I grew up on the Upper West Side, which was great! But honestly, my favorite memories are of the West Village at 526 Hudson St.,” Aniston said in a statement. credit Leslie J Garfield & Co

“There was so much character in that house. It was a museum. Stunning! There was this gorgeous private backyard,” said Aniston’s statement. credit Leslie J Garfield & Co

“There was so much character in that house. It was a museum. Stunning! There was this gorgeous private backyard,” according to Aniston’s statement.

The first floor is actually a retail store, once home to the famous cowboy apparel store Whisky Dust. Today, a dry cleaner appears to inhabit the commercial space, pictures show — but behind the commercial space is a secret underground 500-bottle wine cellar, floor plans show.

“Just being in the Village, where all the artists lived, was amazing. I love that brownstone so much. It will always have a special place in my heart,” Aniston said in her statement.

Some areas of the home, built in 1832, look like they were mid-redevelopment, with exposed pipes, wires, drywall and ceiling beams, according to listing photos.

“The current renovation with archetype started in 2019 and you see what we have today,” Mason said.

A recent photo of Bendewald and Aniston, who have stayed friends over the past three and a half decades. Andrea Bendewald