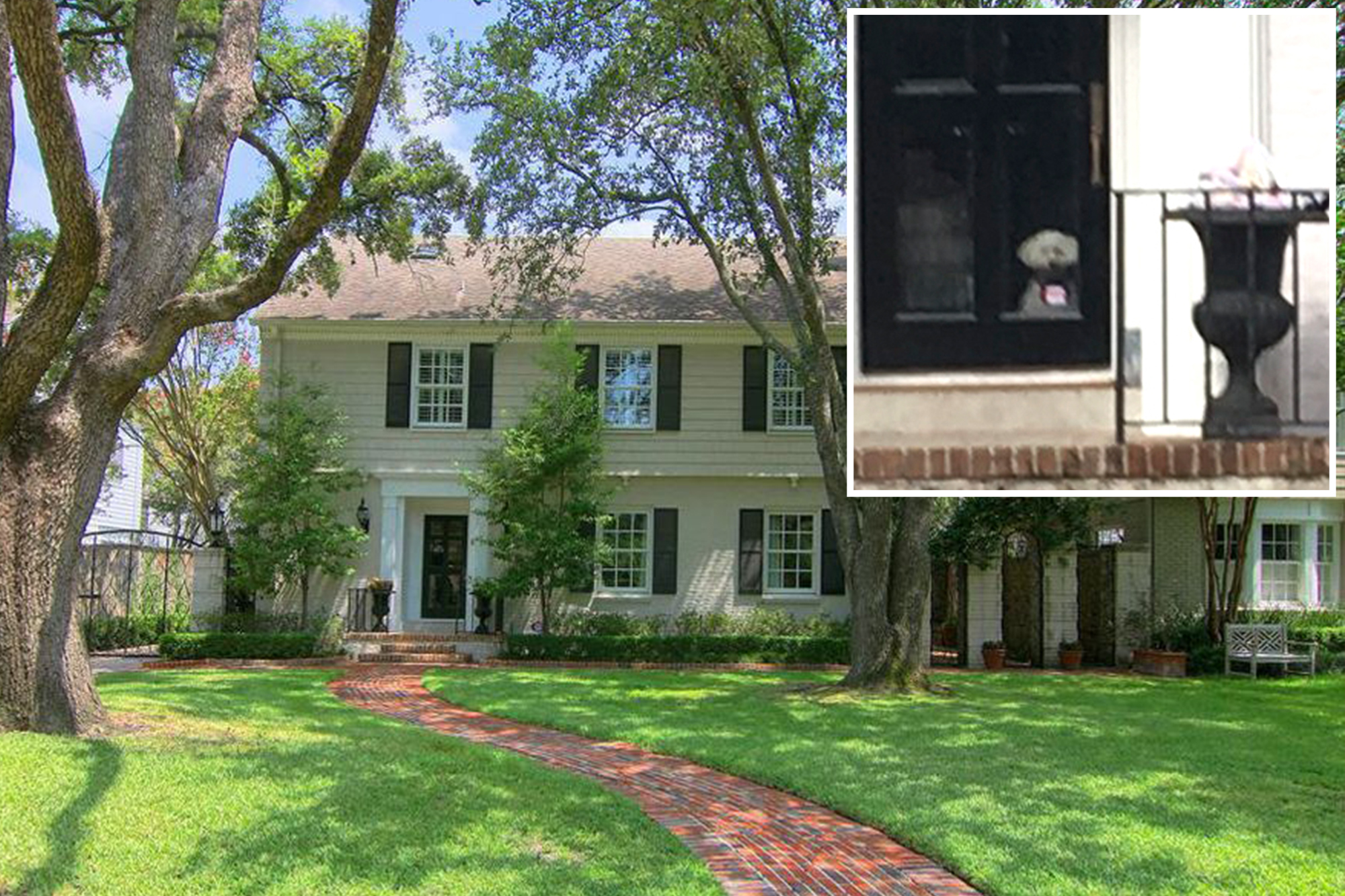 Sen. Ted Cruz is in hot water after taking a trip to Cancun, leaving his pet pooch, Snowflake, stranded in his freezing Houston home while on a tropical vacation.

While the Texas senator, 50, was soaking up the sun — and residents of his state left in the cold — Michael Hardy, a reporter for New York Magazine’s Intelligencer spotted the white dog peering out through the front door.

Cruz’s security guard told Hardy as he was leaving the property that he was in charge of taking care of the pup while the family was out of town.

Cruz purchased the home in 2011 for $1.5 million, property records show. The home is estimated to be worth $2.1 million today, according to Realtor.

Here is a look inside the home where Snowflake was left alone in frigid temperatures.

The modern and updated kitchen. Realtor.com

The gourmet kitchen was recently renovated with dark hardwood flooring and top-notch appliances.

The main living room features built-in bookshelves and an open room plan that leads into the formal living area and a hallway.

Another view of the main living area. Realtor.com

The formal living area is in a secluded back corner of the home and has a wood-burning fireplace.

The breakfast area of the kitchen. Realtor.com

The breakfast area is in the expansive kitchen.

One of five bedrooms. realtor.com

The home is made up of five bedrooms and 3.5 bathrooms. The master suite comes with two large walk-in closets.

The third floor includes an office space, the fifth bedroom and a game room.

The spacious backyard with a barbecue area. realtor.com

The outside patios feature red brick floors and a maintained garden space with a BBQ area.

The living area opens to the backyard patio. realtor.com

While Cruz was in Mexico, his state of Texas faces an unprecedented crisis after being hit with a winter storm. Hundreds of thousands of people remain without power or water as freezing temperatures continue throughout the state.

The Republican lawmaker explained in the wake of public outrage that he was simply escorting his two daughters on their trip with friends — adding, like millions of his fellow Texans, his family had lost heat and water.

Ted Cruz at the airport returning from his trip to Cancun following backlash.AP

Eventually, Cruz cut short his trip to Mexico and returned home Thursday. In an issued apology, he told reporters that the trip was “obviously a mistake and in hindsight, I wouldn’t have done it.”