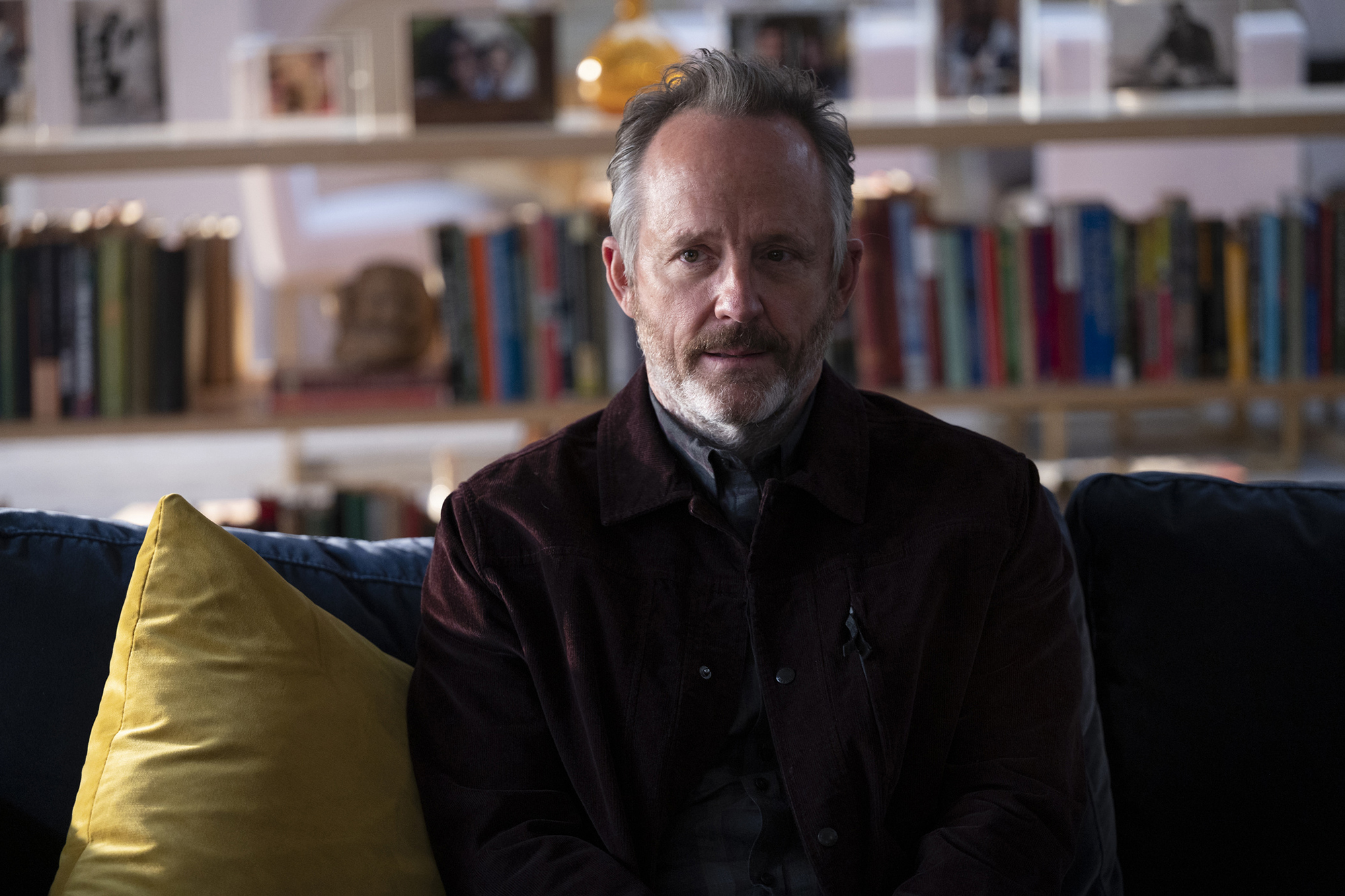 “In Treatment” ends its fourth season Monday night — and Colin’s final therapy session with Dr. Brooke Taylor is a disturbing, creepy, enlightening half-hour journey that rips the mask off a pathological liar whose bluff is finally called.

“One of the most interesting things about him, and it’s brave on the writers’ part, is that they didn’t put too many ribbons around him,” said John Benjamin Hickey, who plays Colin opposite Uzo Aduba’s Brooke on the HBO drama series. “They’ve allowed breakthroughs for Colin, but it’s always sort of one step forward and about five steps back. And I think that’s largely because he’s never encountered anybody in his life like Brooke.”

(Brooke’s other weekly patients this season, Eliado and Laila, played by Anthony Ramos and Quintessa Swindell, have posed their own unique set of challenges for her as she deals with her personal demons.)

If anything, Brooke and Colin’s doctor-patient relationship has been a game of mental cat-and-mouse since the season premiere — when Colin, a pushing-60 tech entrepreneur, landed on Brooke’s couch in court-mandated therapy sessions after spending four years in prison for, in his glib estimation, “moving some decimal points around.” It’s up to Brooke to decide, in her professional opinion, if Colin goes back to prison or remains free to swan around in his self-consciously hip John Varvatos suits.

“It’s all-about Brooke for [Colin] because he thinks he understands women — he doesn’t, and has objectified them for most of his life,” said Hickey, 57. “Because he was raised in the counter-culture, he thinks he’s ‘woke’ about black people. He’s not, and he doesn’t really listen to Brooke, and the fact that she’s a woman and a person of color completely up-ends him in a way that makes his journey as zig-zaggy as it can possibly be.

“He represents the patriarchy, for all intents and purposes, but they didn’t write a stereotypical racist, homophobic, privileged white guy,” Hickey said. “They wrote a privileged white guy, but because of where came from and all the damage in his past, which landed him in prison, they’ve given him this kind of vulnerability when he’s finally exposed [in the season finale].”

In the weeks leading up to Monday’s season finale, Brooke and Colin have been at each other’s throats yet have somehow managed to arrive at a mutual understanding — until Brooke unearths yet another of Colin’s lies hidden behind his veneer of glib self-awareness. He’s a sheep in wolf’s clothing, at turns charming, manipulative, funny but, in the end, pathetic.

Dr. Brooke Taylor (Uzo Aduba) listens to Colin in the season finale of “In Treatment.”

Hickey, who’s been in therapy, said he feels he has at least one thing in common with Colin.

“When I first started therapy and was weaving through the aspects of my life — being a young person who’s gay, in a small town in Texas, I asked my therapist, ‘Why am I so popular? I’m on this club, that team,’ and she said, ‘I think your M.O. is that they can’t hit a moving target.’

“And I think that’s been Colin’s M.O. his whole life,” he said. “And it finally hit him when they busted him and put him in prison, but clearly that didn’t do anything to him, didn’t give him any hope for rehabilitation. It’s not until he meets Brooke that he sees everything is a game to him. Clearly he can’t play Brooke; he’s more than met his match.

“He’s finally found somebody who’s better at the game than he is.”

The Brooke-Colin dynamic explodes into a furious confrontation in Monday night’s season finale that reveals the complexities of their doctor-patient equation.

“He finally admits [to Brooke] that what he’s been doing is playing people, and he was trying to play her,” Hickey said. “That’s all he does with anybody — in prison, in his marriage, in his business relationships…but the door weirdly continues to stay open as much as they continue to shut it on each other.

“He can’t quit her and she can’t quit him,” he said. “I don’t think it can be reduced to, ‘Well, at the end of the day Brooke kind of likes Colin.’ He’s sort of an unsolvable problem to her…and I don’t think there’s a closure that is satisfying to either of them.”

Colin and Brooke face off in the season finale of “In Treatment.”