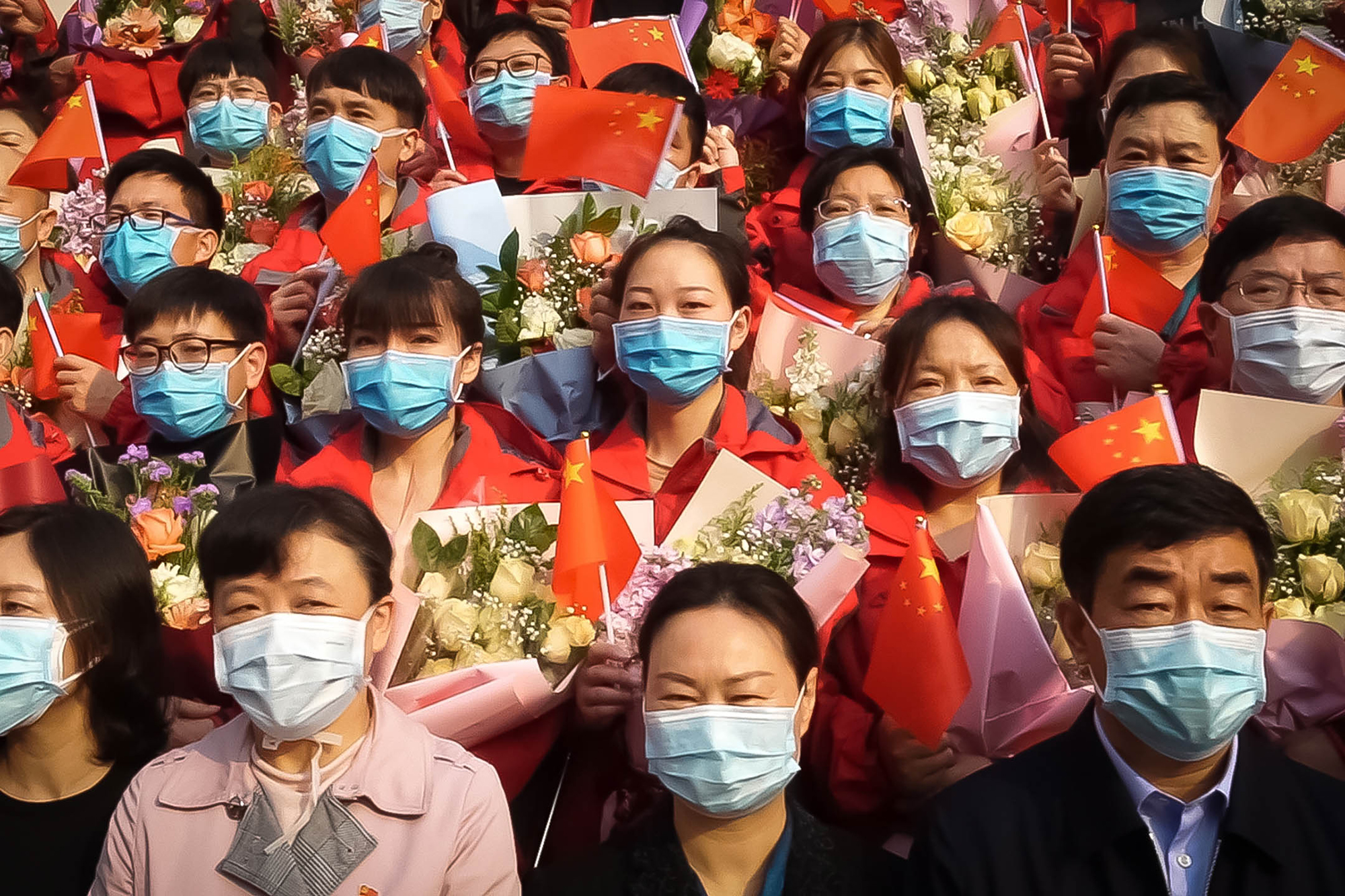 An enraging new documentary about China’s botched early response to the coronavirus pandemic opened the Sundance Film Festival Thursday, skewering the country’s communist government for its ongoing lies and distortion and insisting that their official death toll is underreported by as much as tens of thousands.

Called “In the Same Breath,” the HBO film begins hours after a massive New Year’s Eve celebration in Wuhan, China, a city of 11 million and the one-time epicenter of the pandemic.

The next day, a slew of robotic news anchors recited a government script, meant to minimize the impending disaster. “Eight people were punished for spreading rumors about an unknown pneumonia,” they said Jan. 1, 2020. “A reminder from the police: Obey laws and regulations for online activities.”

That last warning was aimed at whistleblowers — heroic doctors reprimanded for drawing public awareness to the deadly new virus at the end of December 2019. They were the first to be silenced by officials concerned about China’s rocky reputation in the western media. But the misinformation campaign endured, and communist pride opened the door to a global calamity that has killed more than 2 million.

New Jersey filmmaker Nanfu Wang was visiting Wuhan with her family in early January for the New Year festivities when she became curious about the growing sense of dread in the city. She hired several cameramen to drop by hospitals to document everything they saw, which was a challenge as all requests had to be approved by the government. Health-care workers were instructed to reveal no damaging information.

“Can I go into the room to interview people?” asked one man. “Of course,” replied a doctor. “Please do not ask about the patients’ condition.”

Once inside, the cameramen found that the inflicted were less concerned about their mysterious illness than the reprisals of their authoritarian leaders. “I’m afraid to talk,” said one. “We do not have freedom of speech.” Others would only speak openly once the camera was turned off. But Wang’s interest was piqued by footage of a man who claimed he was stricken, along with his son, by the virus in December — a month before China acknowledged its existence.

COVID-19 was already pummeling hospitals, and no one in power would admit it. A December CCTV feed from a private clinic near the Huanan Seafood Market, where the coronavirus is believed to have originated, shows a deluge of patients coming in complaining of fever, cough, chills and shortness of breath. At the same time, the National People’s Congress — a pep rally for Communist Party members — was being held in town. The government dithered until after the event was over to finally own up to SARS-CoV-2. Even then, they downplayed it.

“This new coronavirus is not highly contagious,” said Li Gang, director of the Wuhan Center for Disease Prevention and Control in late January. “The risk of transmission remains low.” The risk was so low that Wuhan began a hard lockdown four days later.

The bustling city turned apocalyptic. Wang captured devastating footage of the elderly being turned away at filled-to-capacity hospitals, and paramedics walking blocks because the city erected barriers in the street to prevent car travel.

“We can’t keep her in his ambulance forever,” one says of a patient outside a hospital with no more room. Meanwhile, the Chinese government — no longer able to deny the coronavirus’ existence — turned to slobbering propaganda enabled by its state-run media.

Journalists were told in a videotaped directive, “the Communist Party needs to fully control the media, public relations and ideology . . . We need to use our pens and cameras as weapons to tell the world about China’s victory over the outbreak, China’s strength and China’s power. We should control the outlet of information to spread positive energy.”

They produced uplifting TV specials about health-care workers portrayed as heroes, but ignored much uglier realities. Newscasters were forced to report countless feel-good stories of pregnant women giving birth while suffering from COVID-19, paired with clips of newborn babies.

Those who spoke out or tried to get to the bottom of things were punished, so the documentarians had to be sneaky. One managed to interview an anonymous funeral home worker, who said his phone is monitored and then disputed the official Wuhan death toll of 3,300.

“Only a fool will believe that number,” he said. “It’s not that hard to figure out the number of bodies we took in and cremated. I would make at least 10 trips each day to collect bodies and each trip I would take in 10 bodies. This is just from me, one person with one van. Our estimate is that at our funeral home alone, we cremated 10,000 to 20,000 bodies.”

Another man concurred, saying a cemetery worker spilled the beans to him.

Still, the nation was lauded by Tedros Adhanom Ghebreyesus, director general of the World Health Organization, who said, “I will praise China again and again.” And around Wuhan, victory celebrations were held showcasing beaming health-care workers who’d relocated to the city to help out. Music blared, and red flags were enthusiastically waved.

“Disasters become propaganda tools instead of inspiring change,” said Wang in the documentary. “It was another triumph for the Communist Party.”

KUWTK: Khloe Kardashian And Tristan Thompson Planning To Give Daughter True A Sibling – Insider Details!
Wendy Williams Claims She Hooked Up With Rapper Method Man During The ‘Coke Days’
Comment