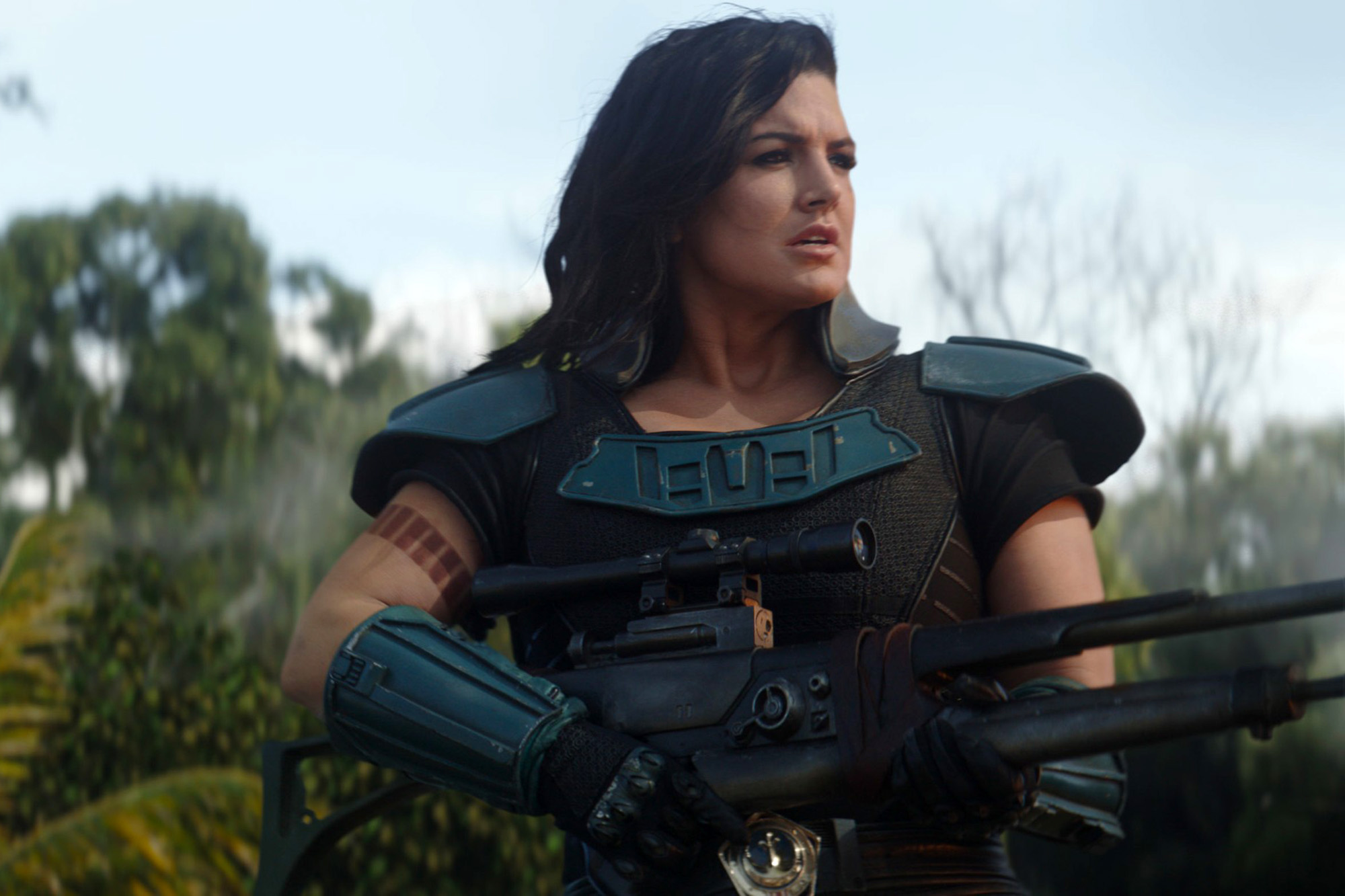 Actress Gina Carano, recently fired from the cast of “The Mandalorian,” isn’t going the apology route favored by many celebrities who run afoul of cancel culture.

Instead, she’s taking aim at the executives at Disney+ and Lucasfilm who booted her two weeks ago, calling them “bullies,” Deadline reported.

“I’ve been through so much, and I’ve seen so much now, clearly, of the bullying that’s been taking place, and I saw it before,” Carano reportedly tells conservative commentator Ben Shapiro of “The Daily Wire” in her first interview since being ousted, which will air on his show Sunday. “I’m not the only one that’s ever been bullied by this company, and I know that so deeply.”

She added, “I could share a story which would turn things around in the media but I can’t because it would sell out a friend. … Everyone is afraid of losing their job.”

Carano, 38, who played bounty hunter Cara Dune in the first two seasons of “The Mandalorian, was fired from the show for her controversial social media posts.

Social media posts made by actress Gina Carano on Twitter and Instagram.Instagram

The “Star Wars” giant made no secret of why she was canceled, ripping “her social media posts denigrating people based on their cultural and religious identities,” which it called “abhorrent and unacceptable.”

The former MMA fighter told Shapiro, with whom she recently made a movie deal, she knew executives were watching her well before her firing.

“You know how boxers head-hunt sometimes and forget to go for the body? I feel like Disney or Lucasfilm or whoever it is, just certain people at that company…I feel like I’ve been being head-hunted (…) and you can feel it. Just a couple of weeks ago, Lucasfilm asked an artist that they employ to erase my character and put a different character in place, and he proudly announces this on Twitter, and erases my character and puts another character in place. All the fans of Cara Dune were just outraged. They were like ‘Why didn’t you add the character? Why did you have to take off the character? Is there something wrong? Is Gina getting fired?”

Carano said a Disney staffer mistakenly sent her a company email about her following the social media reaction to her posts.

“They accidentally sent me an email, which was very enlightening, so I knew. I knew they were paying attention. I know there were some people who went to bat for me, but I know that they didn’t win out at the end.”

Carano’s most controversial message — and the one that appears to have been the final straw — came when she shared an image from Nazi Germany and compared it to today’s overheated political climate.

“Jews were beaten in the streets, not by Nazi soldiers but by their neighbors…. even by children,” her post stated.

Another photo on Carano’s Instagram story featured a person with several masks covering their face and head with the caption: “Meanwhile in California.”

Carano, according to Deadline, will tell Shapiro that she has no intention of walking back her remarks or becoming less outspoken just to please Hollywood executives.

“I was prepared at any point to be let go, because I’ve seen this happen to so many people,” Carano will say. ” I’ve seen the looks on their faces. I’ve seen the bullying that takes place, and so when this started, they point their guns at you, and you know it’s only a matter of time. I’ve seen it happen to so many people, and I just thought to myself (…) ‘you’re coming for me, I know you are.’ They’re making it very obvious through their employees who were coming for me, and so I was like, ‘I’m going to go down swinging and I’m going to stay true to myself.’”