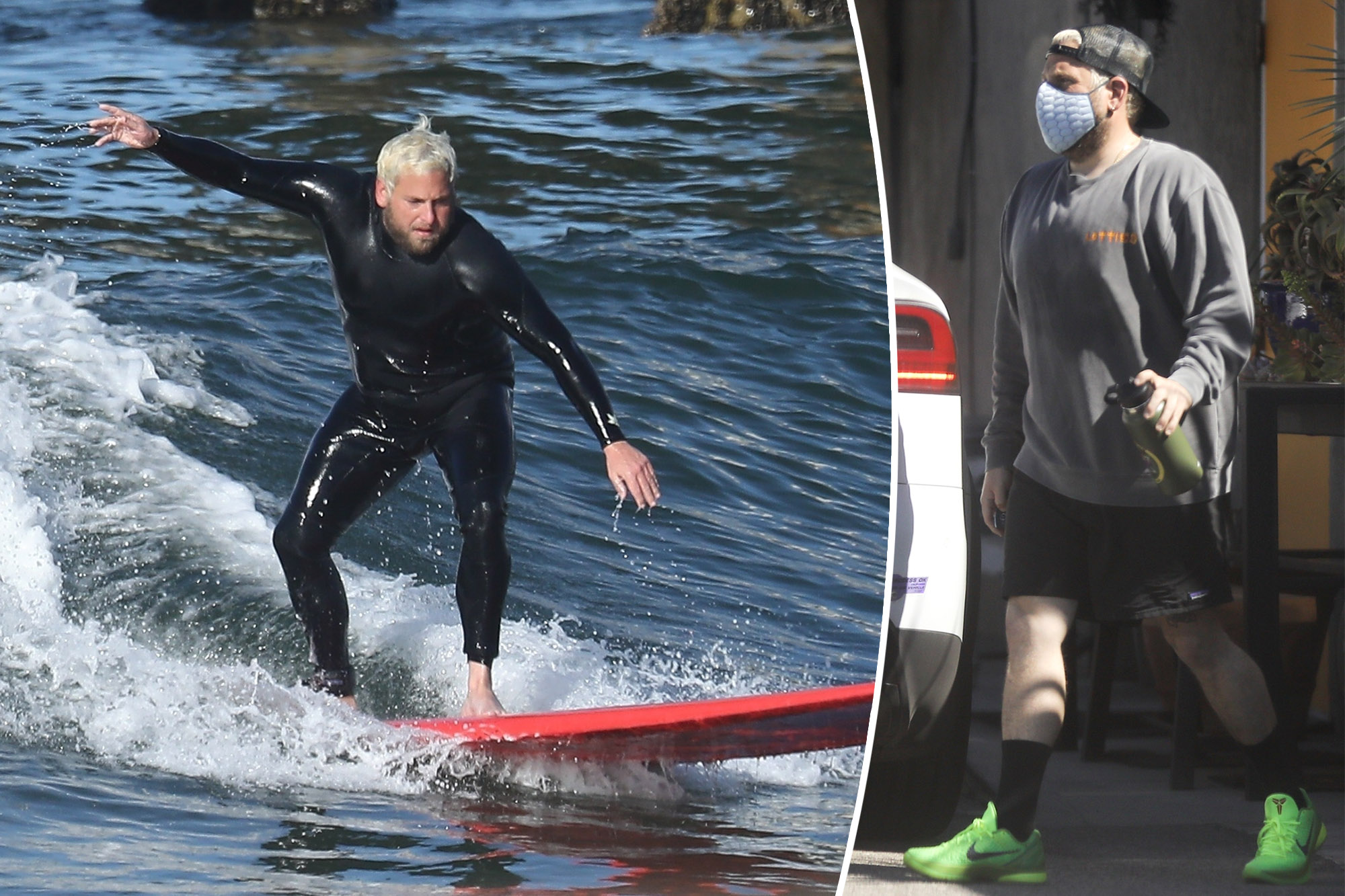 Jonah Hill said that after years of “public mockery” about his body, he finally loves and accepts himself.

The 37-year-old actor posted a screenshot of a Daily Mail story on Friday, which included shots of the actor shirtless after going surfing in Malibu.

“I don’t think I ever took my shirt off in a pool until I was in my mid 30s even in front of family and friends,” he captioned the photos. “Probably would have happened sooner if my childhood insecurities weren’t exacerbated by years of public mockery about my body by press and interviewers.”

He added that the media “stalking him” and printing photos of him doesn’t phase him at all anymore.

“I’m 37 and finally love and accept myself,” he continued. “This isn’t a ‘good for me’ post. And it’s definitely not a ‘feel bad for me post.’ It’s for the kids who don’t take their shirt off at the pool. Have fun. You’re wonderful and awesome and perfect. All my love.”

“you’re the best in the world i love you,” Hill’s sister Beanie Feldstein commented on the post.

Justin Timberlake also commented on the post, “You are a G!!! And my spirit animal! Love you, bro!”

The “Wolf of Wall Street” actor previously opened up about body image and fashion in an interview with GQ last year.

“I always had an interest in personal style and fashion, but I was always a bigger guy,” he told the magazine. “It’s really hard when you’re overweight to dress a certain way, because clothes aren’t made for people who are overweight to have style. So, I think it surprises people.”

Hill became an unexpected style icon in 2018 when he started sporting trendy streetwear brands. In 2020 he confirmed he was collaborating on a project with Adidas.

Meanwhile, Hill — who has been spotted out surfing many times over the course of the ongoing COVID-19 pandemic — broke off his engagement from fiancée Gianna Santos in October 2020. It was reported at the time that the split was amicable.