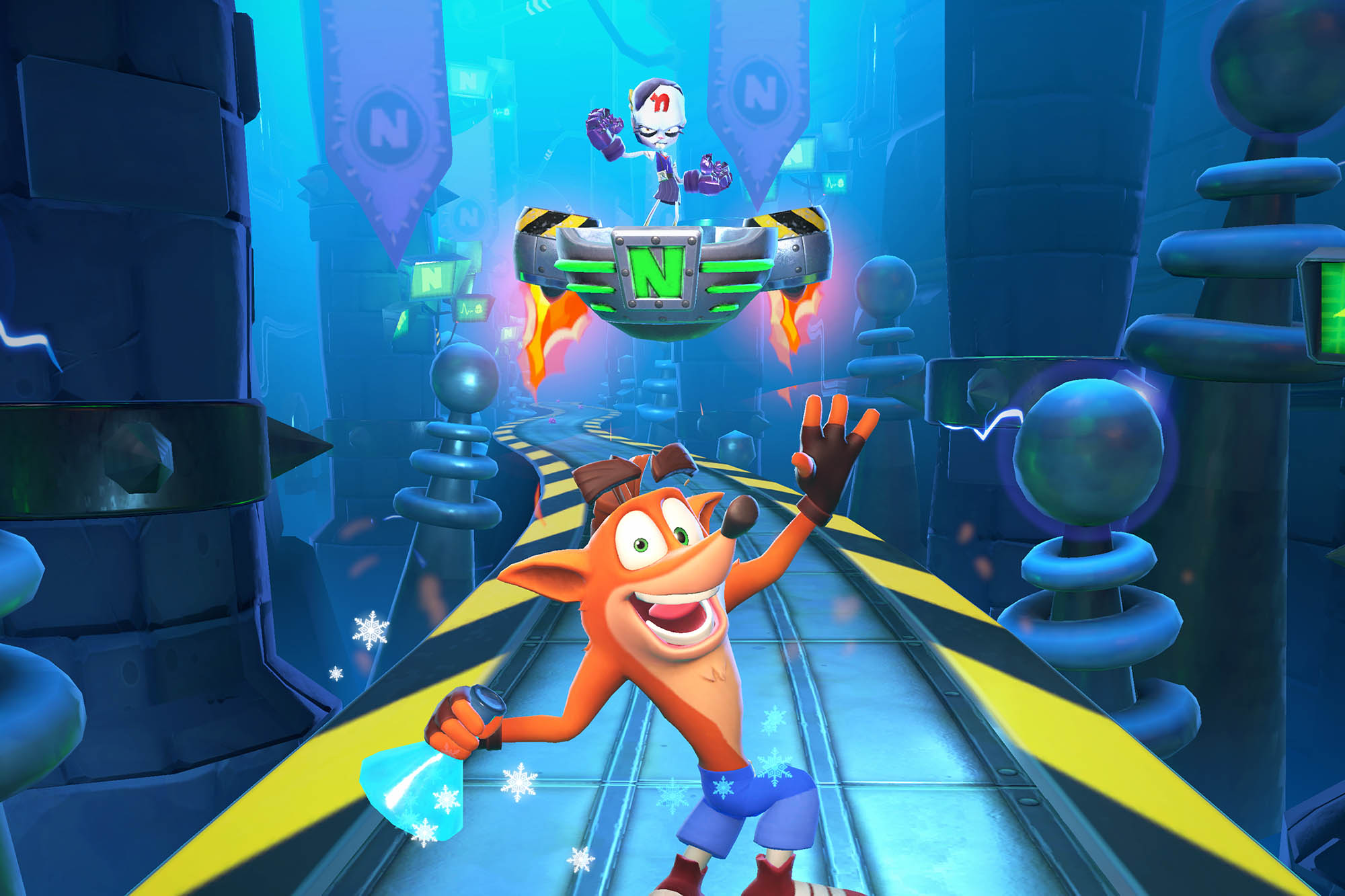 For 20-somethings and older, the No. 1 game on the app store right now features a familiar face.

“Crash: On The Run!” has been the most downloaded mobile game since its release on March 25, amassing 8 million downloads on its first day and landing a digital cover from Men’s Journal.

The game stars Crash Bandicoot, the iconic and extremely goofy character from the classic video game franchise, which produced a number of popular titles on the PlayStation, PlayStation 2 and other consoles (and also just released a volume on the PS4 and Xbox One in 2019).

The success is due to an aggressive marketing campaign — and a commitment by game developer King to bring as close to a full console experience as possible on mobile. “Crash: On The Run!” is a runner game in the vein of “Temple Run” and “Subway Surfers,” but features boss battles (including infamous villain Dr. Neo Cortex), character upgrades and an evolving world to explore.

With mobile versions becoming more of a fixture in the gaming world, the team made an effort to build the “crashiest Crash adventure” in existence, full of explosive crates and rapid action.

A screengrab from “Crash: On The Run!”King Games

“We wanted to push the graphics as to what a runner could be on a mobile game,” said visual development lead Nana Li. The sound design is also one of the game’s highlights, with composer Sebastian Aav writing a number of catchy tunes while also using unusual methods to create sound effects, such as stepping on bubble wrap to simulate Crash’s footsteps, for example.

To their credit, the game is entertaining — the gameplay evolves and gets more challenging as you move through the worlds, and there’s enough content to waste hours of commuting time. It has the familiar, annoying trappings of mobile games – constant pop-up ads encouraging you to spend money to improve the experience – but them’s the breaks in mobile gaming.

It’s also not as freakishly addicting as “Temple Run,” but perhaps that’s a good thing.