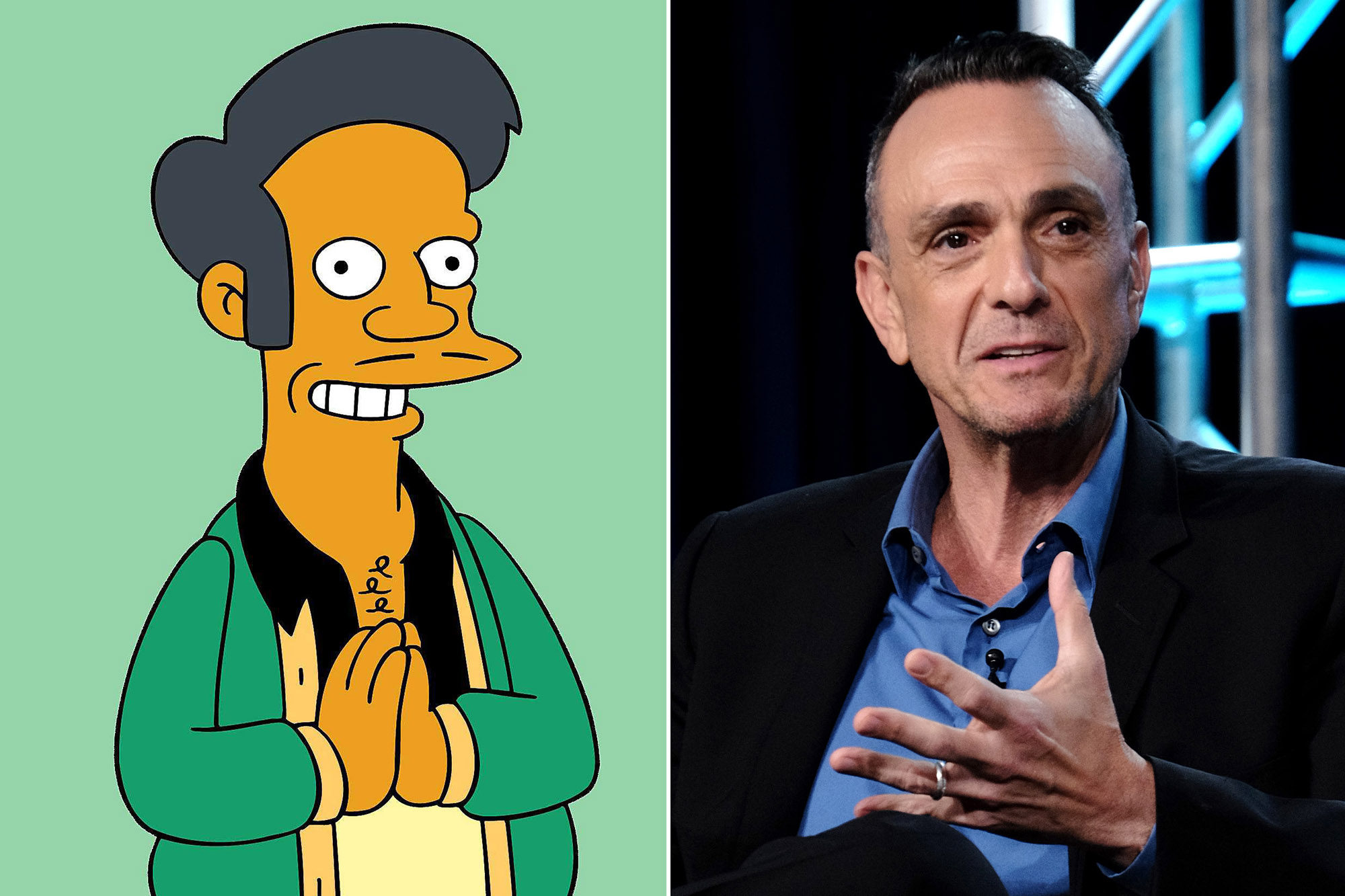 Hank Azaria is doing the work.

In an interview with Dax Shepard on his podcast “Armchair Expert,” the 56-year-old actor revealed that he’s on a major guilt trip over his longtime role as Kwik-E-Mart shopkeeper Apu Nahasapeemapetilon on “The Simpsons.”

Azaria, who no longer voices the controversial character, says he’s taking some unconventional steps to find out why his portrayal was offensive toward the Indian community.

“I was speaking at my son’s school, I was talking to the Indian kids there because I wanted to get their input,” Azaria told Shepard during Monday’s podcast.

“A 17-year-old … he’s never even seen ‘The Simpsons,’ but knows what Apu means. It’s practically a slur at this point. All he knows is that is how his people are thought of and represented to many people in this country,” said Azaria, who voices a number of other recurring characters on long-running cartoon, including barman Moe Szyslak, police Chief Wiggum and the snark-filled “Comic Book Guy.” He also stepped down from voicing Carl Carlson, a black character.

The documentary “The Problem with Apu” (2017) was created by comedian Hari Kondabolu, who first called out “The Simpsons” over their problematic character.Everett Collection / Everett Col

“With tears in his eyes,” according to Azaria, the teen asked him to pass the message on to his Hollywood colleagues.

“Part of me feels like I need to go to every single Indian person in this country and personally apologize,” he said. “And sometimes I do.”

Since Monday’s interview, Hari Kondabolu, an American comedian of Indian descent who first called-out “The Simpsons” over their problematic depiction of Indian immigrants in his 2017 documentary “The Problem with Apu,” appears to be making peace with Azaria over the controversy.

On Twitter, Kondabou, 38, wrote, “@HankAzaria is a kind & thoughtful person that proves that people are not simply ‘products of their time,’ but have the ability to learn & grow.”

“Nothing. But. Respect,” Kondabolu concluded.

.@HankAzaria is a kind & thoughtful person that proves that people are not simply “products of their time,” but have the ability to learn & grow. Nothing. But. Respect. https://t.co/e6RmHr2bY9— Hari Kondabolu (@harikondabolu) April 12, 2021

It was just last month that Simpsons creator Matt Groening claimed he is “proud” of the character he’d created, despite calls to have Azaria replaced as the voice of Apu.

“I think the Apu stories are fantastic, and he’s one of the most nuanced characters on a silly two-dimensional cartoon show,” Groening, 67, told USA Today. “So, yeah, I’m proud of Apu.”

As for how the show plans to handle Apu’s character going forward, Groening added, “We’ve got plans for Apu, but we have to see if we can make the stories work … We’re working on something kind of ambitious. That’s all I can say.”

“The Simpsons” creator Matt Groening said recently the show has “something kind of ambitious” in store for the character Apu.©20thCentFox/Courtesy Everett C