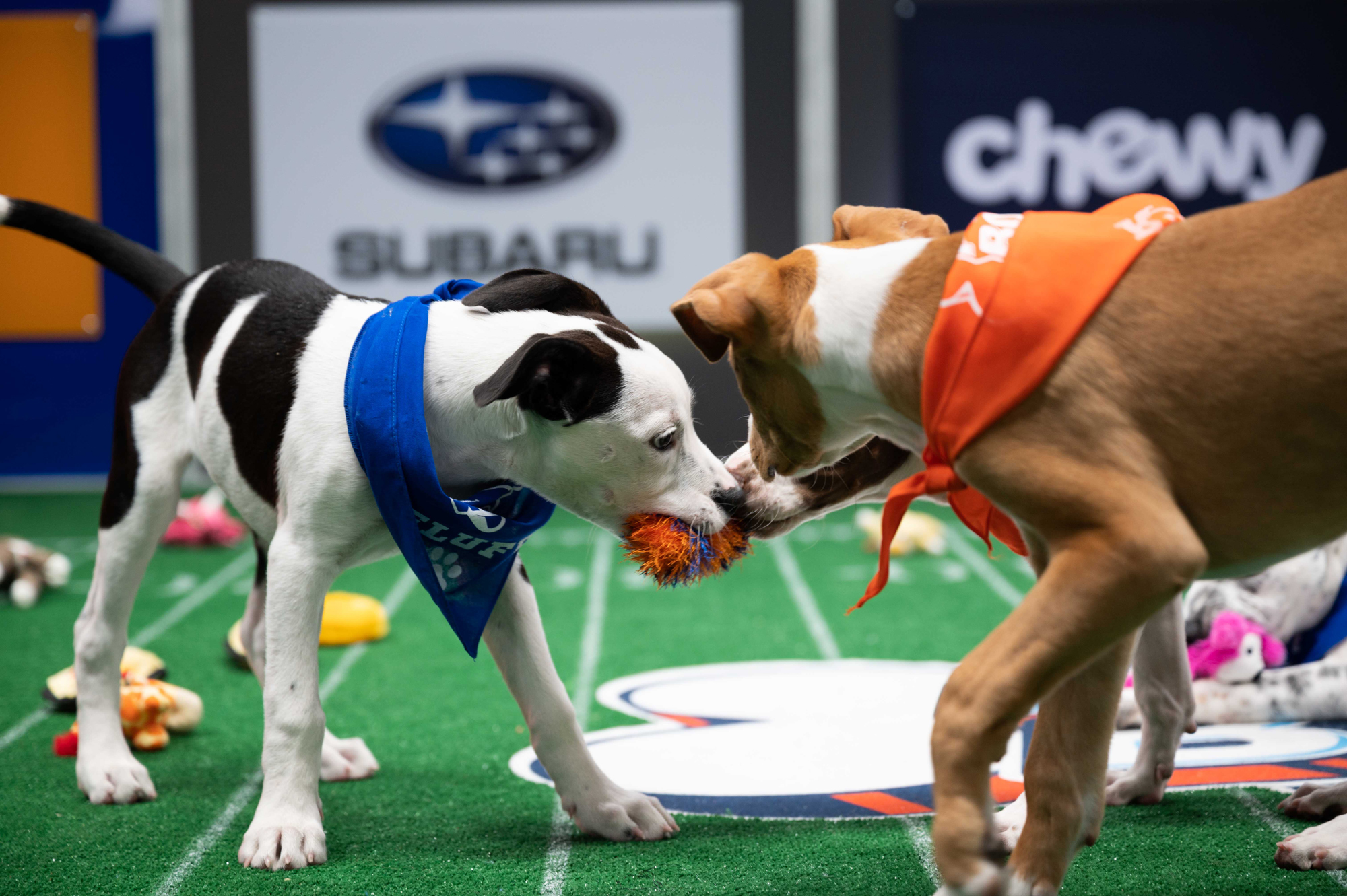 For dog lovers, the annual Puppy Bowl is the real “fantasy football.”

The adorable three-hour event preceding Super Bowl 2021, now in its 17th year, is a celebration inspired by the big human game, but dedicated to inspiring — and adoptable! — dogs. The event will see teams Ruff and Fluff go paw-to-paw in a fur-filled melee for the “Lombarky” trophy.

One thing they likely won’t need to fight over: a forever home.

Since the Puppy Bowl’s inception, their adoption campaign has reached its goal of seeing every one of the animals involved go to loving owners.

With all the toys on the field, it could be hard to keep track of the “ball.”Animal Planet / Elias Weiss Frie

What channel can I watch the Puppy Bowl on?

Fur-tunately there are two ways to watch — on the Discovery+ app and the Animal Planet network.

The adoptable dogs come from 22 shelters across the Northeast.Animal Planet / Elias Weiss Frie

Where was the Puppy Bowl filmed?

Organizers fetched the most precious pooches — and kitties! — from 22 shelters across nine Northeastern states, who meet at Geico Stadium in New York City for the main event.

There are more than 70 animals featured during the Puppy Bowl, including fan-favorite Jett, a two-legged 36-week-old lab-retriever outfitted with a special wheeled cart to help him lead Team Fluff to victory.

The dogs are sure to make some big runs. Animal Planet / Elias Weiss Frie

How can I adopt a puppy from the Puppy Bowl this year?

The Puppy Bowl showcases dogs both young and old, and cats, too — each of whom is adoptable through this link.