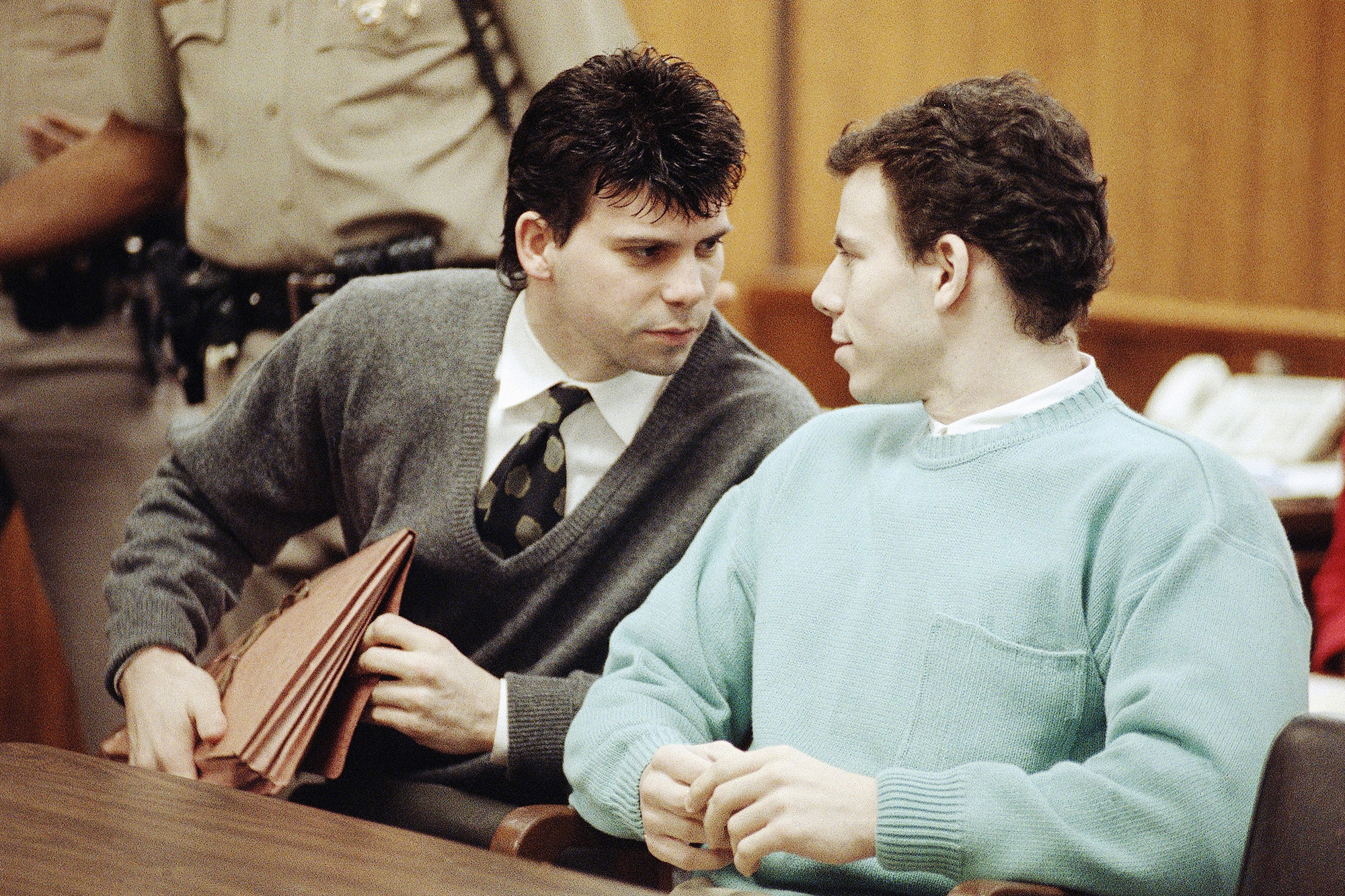 An army of teens have learned about a closed 1980s double homicide, and they think the convicted killers’ case deserves revisiting.

No member of Gen Z was alive to watch the high-profile court trial of Lyle and Erik Menendez’s 1989 murder of their parents play out in real time, but many young social-media users have recently discovered the sensational case during the coronavirus pandemic.

Now, they’re taking to TikTok to express their dismay at Lyle and Erik’s life sentences, which they’ve been serving since their conviction in 1996.

And of course, leave it to Gen Z to zero-in on the sex appeal: Some are calling them the “hottest criminals ever.”

The brothers will be part of a “20/20” special Friday night, revisiting the murder in light of its recent TikTok attention.

In addition to the brothers’ good looks, many teens are moved by their defense team’s argument that for years the men were sexually abused by their wealthy father.

“Watching someone describe these types of experiences is always very sad and very compelling,” an 18-year-old German woman named Janne told ABC News. After YouTube recommended a video of the trial to Janne, she watched it and additional testimonies in full and became an impassioned supporter of the Menendez brothers. She now posts videos of their sexual-abuse testimony set to sad music on her TikTok, which has close to 45,000 followers.

Numerous accounts have been created for the same purpose, with usernames including “MenendezHelper” and “MenendezGuardians” posting edited trial footage of the men, demanding justice for them and calling them “the most attractive murderers” in the world.

Other members of Gen Z, however, are disgusted by the idea that the brothers deserve “justice” for their crimes.

“We must stop romanticizing the Menendez brothers,” reads an op-ed in the Los Angeles Times High School Insider after recounting various reasons the men were given life sentences: the brutal details of the murder, the motivation of their parents’ wealth — which they spent tens of thousands of dollars of in the days following the killing, and why their sexual abuse defense is undermined by the siblings’ history of being “seasoned liars,” robbing expensive houses and being complicit in burglary and grand theft.

“I do not know if the brothers were abused. All that I know for certain is that these rich, white, Beverly Hills boys murdered their parents and still were not stripped of their privilege,” the article concludes. “We must stop blindly defending white criminals, while simultaneously not giving criminals of color a second glance.”