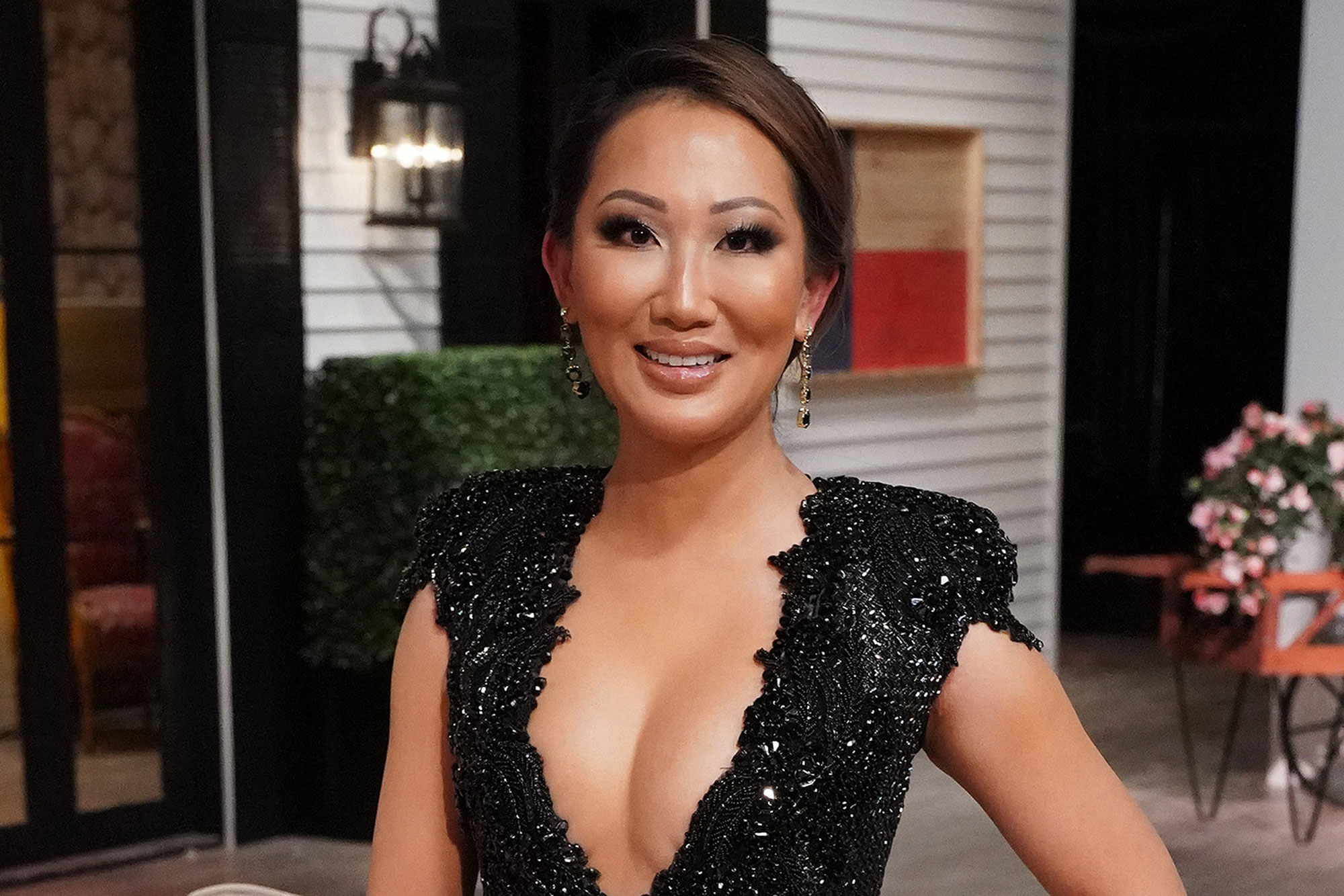 Tiffany Moon brought the glam to her first “Real Housewives of Dallas” reunion with the help of Bravo’s go-to beauty gurus.

Moon, 36, teamed up with hairstylist Julius Michael for an effortless updo to complement her plunging black Ese Azenabor cocktail dress.

But the look ended up being a challenge for Michael, who is known for his power ponytails, chic faux lobs and gorgeous beach waves.

“So I was like, ‘How do we create an updo that looks like she slept in it?’”

Michael ended up styling Moon’s hair by adding extensions from Hidden Crown Hair and creating beach waves with Chi’s bedazzled flat iron ($159.99) and Lava Curl Shot ($129.99) before weaving it all into a voluminous bun — and making sure it stayed upright throughout the shoot.

“Because Tiffany’s hair is so long and I added tracks of hair, she had double the amount of hair and length,” he explained. “I kept worrying that the extensions would start popping out because there was so much hair in the updo, so I kept my eye on that.”

Moon’s makeup was done by “Housewives” favorite Priscilla DiStasio, who created a smoky eye, bronzed glow and nude lip for the star using products from Pat McGrath Labs, Rincón Cosmetics and ColourPop, to name but a few.

DiStasio and Michael also teamed up to do makeup and hair for Moon’s co-star Stephanie Hollman for the reunion.

“We kind of tag team,” Michael told us of the duo’s workflow. “So while she’s doing makeup on one of the ‘Housewives,’ I’m doing the hair. And then when she’s done with that ‘Housewife,’ then I start working on that hairstyle.”

For Hollman, Michael created his signature glam waves on her shorter locks.

“Every single reunion that I’ve ever done, Stephanie, she’s always had long hair,” he said. “And then last year, I gave her the short faux lob for ‘Watch What Happens Live,’ and then she cut it. So I didn’t want this reunion to be another long-haired look and I saw the dress and I said, ‘You know what, let’s do it simple and clean and elegant.’”

Luckily, both ladies loved their looks. Moon liked hers so much, in fact, that she sent Michael a set of her Tiffany Moon candles — which start at $45 each — as a thank you.