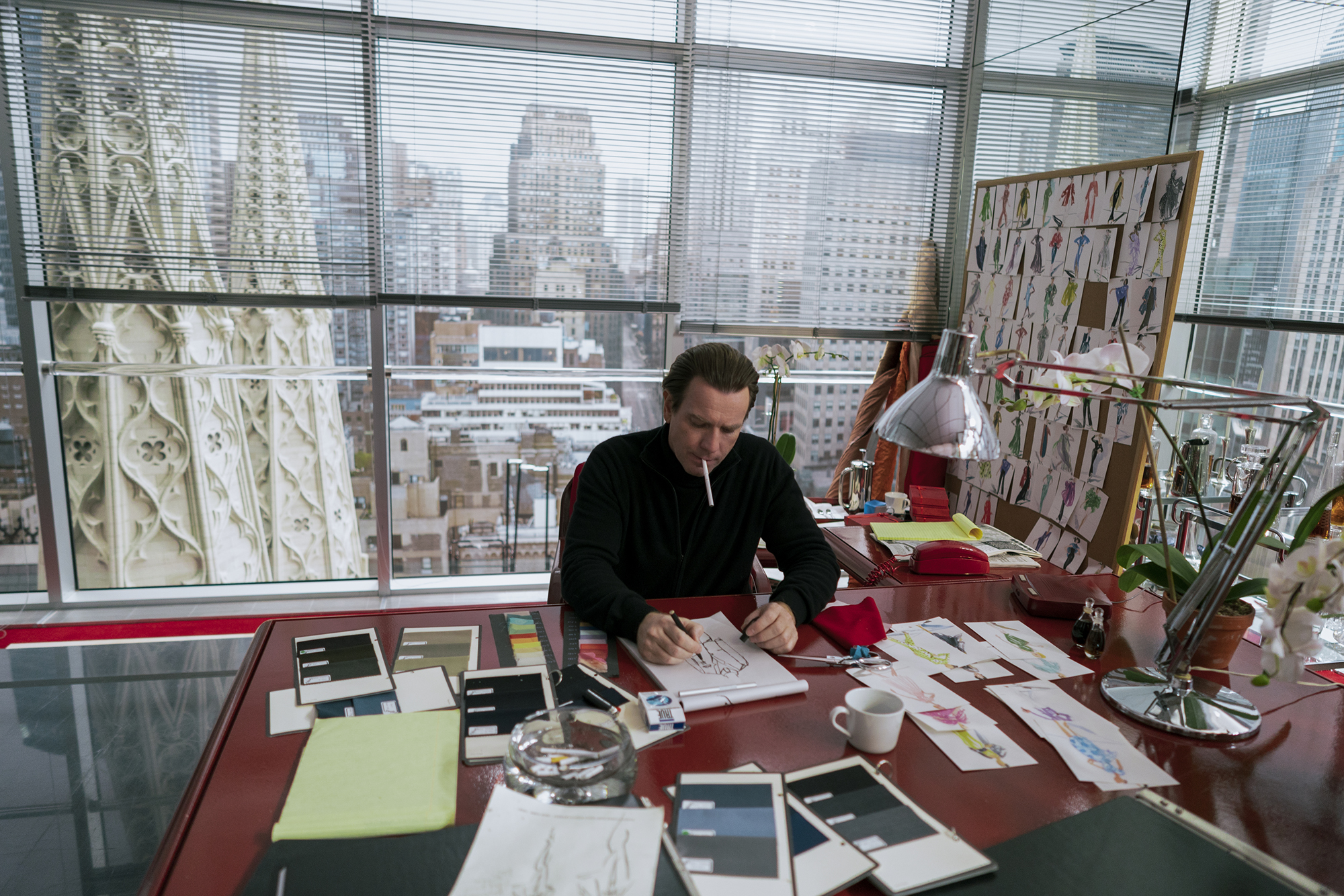 On most film and TV productions, a costume designer is primarily responsible for creating all the outfits seen onscreen.

But while crafting the wardrobe for Netflix’s “Halston,” Jeriana San Juan also pulled double duty as tutor, teaching Ewan McGregor how to convincingly sew, drape and pin so he could do the ’70s fashion legend justice.

“I sent a sewing machine to his hotel room so that he could practice in his free time — he requested it, I didn’t force it on him! — but I just loved how interested he really was in being able to do it correctly,” San Juan told Page Six Style.

That gift certainly wound up coming in handy when the Ryan Murphy show’s production shut down in March 2020 due to the COVID-19 pandemic, sending the entire cast into quarantine.

“Halfway through [the shutdown], he sent me an image of some amazing trousers he had made. I was almost in tears,” the New York-based costume designer recalled. “My student had graduated on his own.”

To help the 50-year-old Scottish actor nail what she calls “the design choreography” once filming resumed, San Juan built designated “rehearsal time” into each of their fittings, so that he could watch her at work and then mimic those exact moves.

“There is a muscle memory thing that is really hard to replicate when you’re talking about a designer or a tailor who works with pins and scissors and measuring tapes all the time; that he really had to learn,” San Juan explained. “And he honestly did not get that much time, because he was in every scene!”

Adding to the challenge was the fact that Halston’s effortlessly sexy bias-cut gowns and flowing caftans were actually a major technical feat.

“That level of sophisticated simplicity is a really hard thing to capture,” the costume designer said of the late fashion great’s work. “He’s sort of sculpting fabric in a way that is very difficult. These ‘simple’ clothes are quite complicated in their construction.”

San Juan was able to pepper a number of Halston originals throughout the show, pieces loaned from archives or borrowed from vintage collectors. But she estimates that “more than 90 percent” of the series’ wardrobe had to be made from scratch, since Halston’s entire archive was disassembled when he left his namesake label — a fashion tragedy if ever there was one.

Less challenging, luckily, was decking out Rebecca Dayan’s Elsa Peretti in real vintage pieces designed by the inimitable Tiffany & Co. designer and Halston muse, who passed away in March at the age of 80.

“There’s too many iconic, very specific things about Elsa’s jewelry and accessories; I absolutely had to honor [them] and use the authentic things,” said San Juan, who worked with both Tiffany and Peretti’s estate to cull a collection of archival designs.

“They allowed us to use not only original, amazing pieces like the ‘Snake Belt’ and the ‘Bone Cuff,’ but also table accessories and things that Halston had in his apartment and studio” — like a heart-shaped china dish, revealed to be the designer’s repository for his office cocaine stash in one memorable scene.

Ever the perfectionist, Halston — who died of AIDS complications in 1990, at the age of 57 —famously only wore his own designs. To nail the look of his day-to-day uniform, San Juan tracked down the designer’s personal tailor, Gino Balsamo.

“I had him come to my studio and walk me through some construction elements and details, whether it was his Ultrasuede safari jacket that he often wore while working in the studio or his trousers, which had no side seams, and therefore no pockets,” she recalled.

“One of the things Ewan said to me in our first fitting was, ‘Halston always has his hands in the air in all these photographs.’ And I said, ‘Well, there’s no pockets in his pants!’”