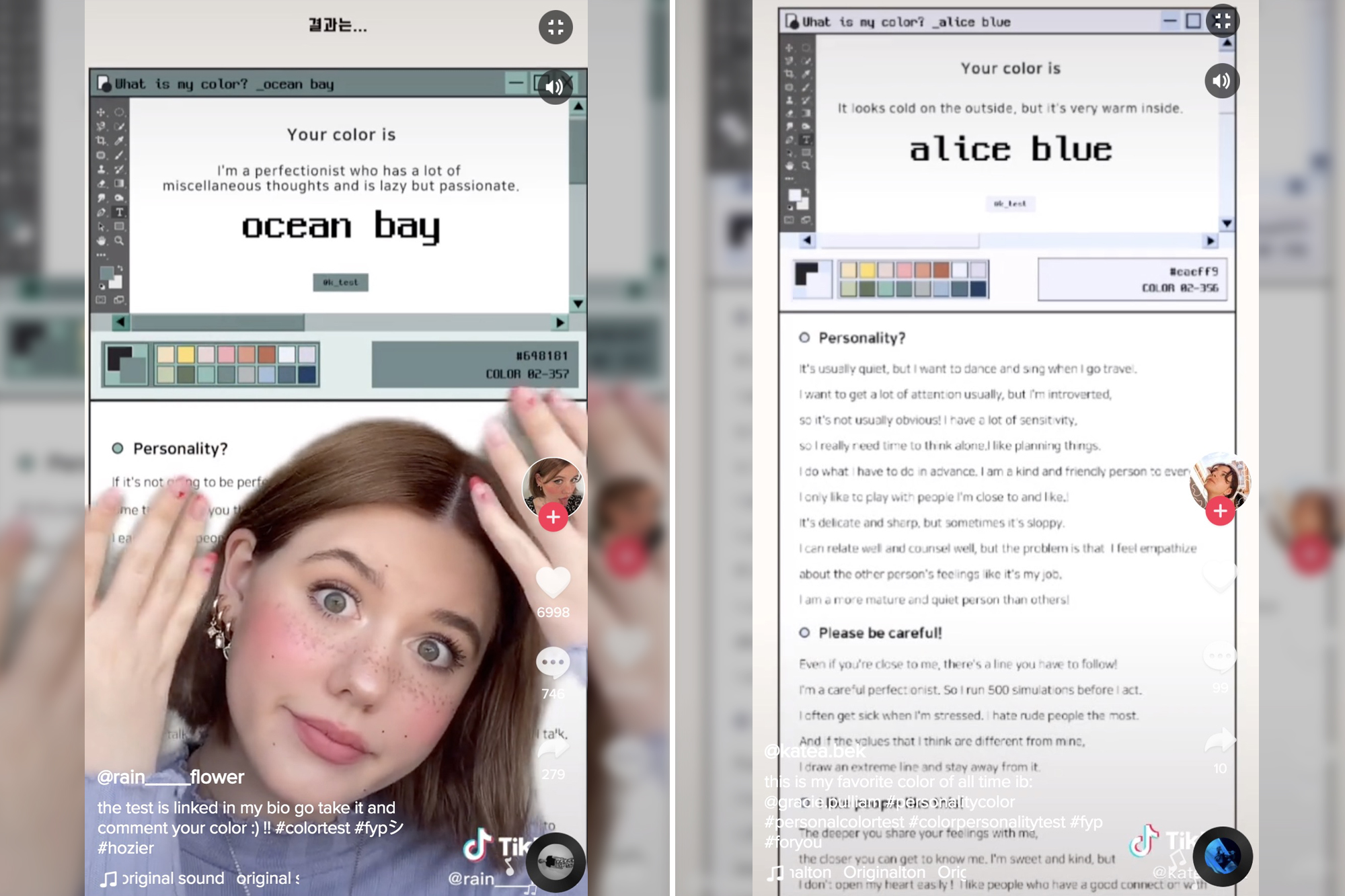 Internet users can now pinpoint what exact color their vibe is with a test that assigns people a pigment based on their personality. Videos of the unorthodox character test have amassed hundreds of thousands of views on social media.

To find hue they are inside, users simply go to ktestone.com. There, they answer 12 questions ranging from “How do you behave when you’re angry?” to “How do you tell someone no?”

After diagnosing where you fall on the psychological palette, the site provides an explanation for traits, including the negative aspects of your personality.

Needless to say, TikTok was eager to profile themselves based on color.

In one hilarious clip with 370,000 views, a rueful user revealed that she’d been outed as a green-tinted “sprout,” defined by ktestone as a “lazy perfectionist stuck in a house and unable to refuse.”

Ktestone’s color personality test has gone viral, with users flocking to figure out their personality’s color.ktestone.com

“I’m a pushover,” read the caption.

A more joyful TikTokker showed that she’d rolled an “alice blue,” denoting that she appeared “cold on the outside” but was very “warm inside,” per the online easel. The clip then cut to a compilation of blue objects set to jubilant music.

Naturally, reducing someone’s complex personality to color pixels may seem a bit shallow. However, online character exams have long been a fixture on the web, with tests ranging from determining one’s “Harry Potter character,” to “what state they should live in” based on their persona.

But be careful: The Better Business Bureau has warned internet users not to give too much information away in these online quizzes: Personal details could be used to hack your accounts.