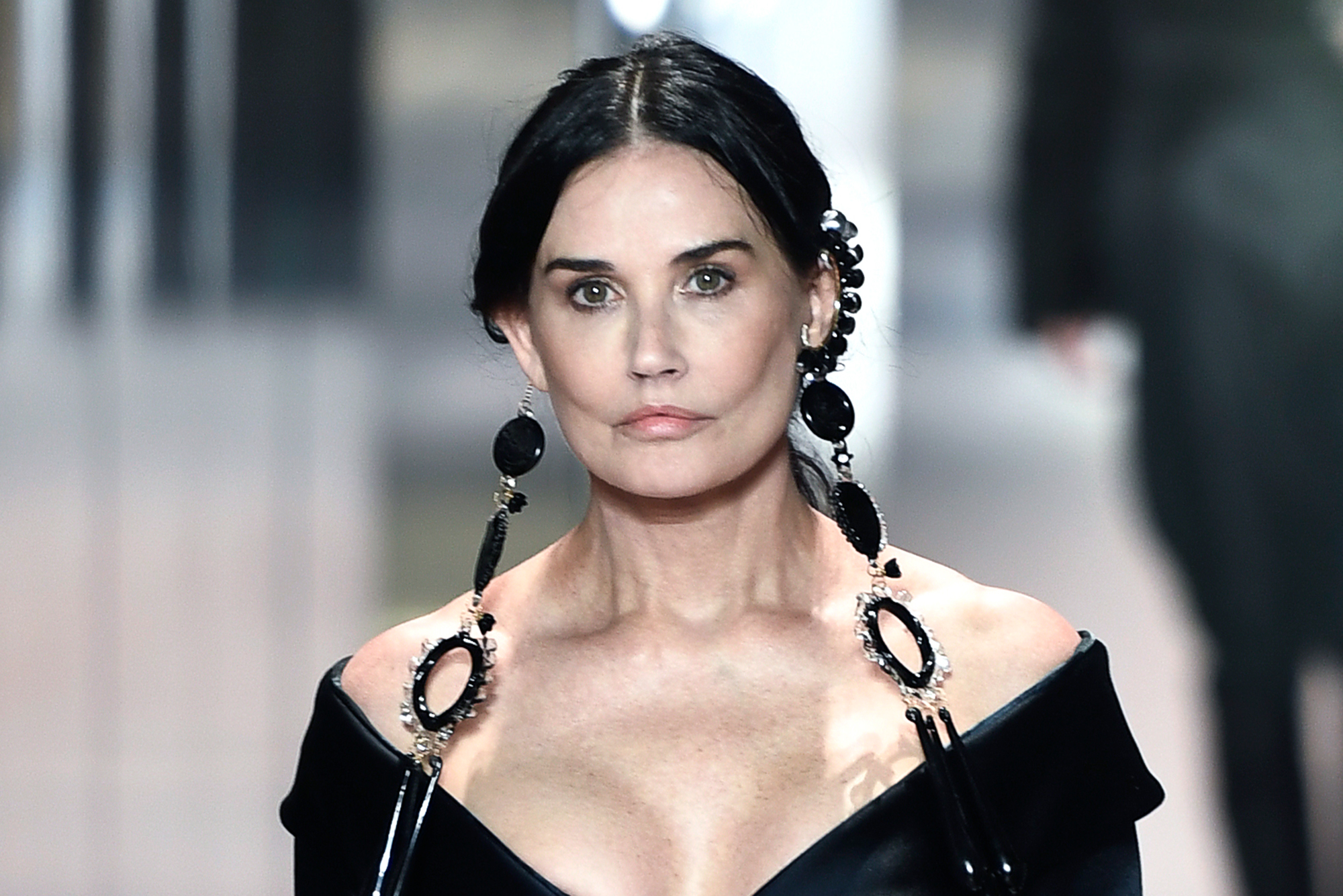 Demi Moore is showing fans how she got runway-ready.

The 58-year-old actress made a surprise appearance at Fendi’s Spring 2021 couture show in Paris last week, stunning the crowd in a plunging off-the-shoulder jacket and matching trousers with dramatic dangling earrings.

In a behind-the-scenes photo taken by Cara Delevingne — who also starred in the show — Moore posed alongside fellow catwalkers Christy Turlington and Kate Moss and Fendi designer Kim Jones, writing that the experience “[fulfilled] a teenage dream.”

And on Sunday, Moore shared a peek at her “pre-show” prep with daughter Scout Willis, posting a photo of the pair sporting matching face masks and drinking an electrolyte beverage while seemingly aboard a plane.

While the Fendi show marked Moore’s first foray into the dazzling world of Paris Fashion Week and couture catwalks, she previously made a sexy cameo in Rihanna’s Savage X Fenty Volume 2 show, wearing a fishnet body stocking and a black lace teddy.