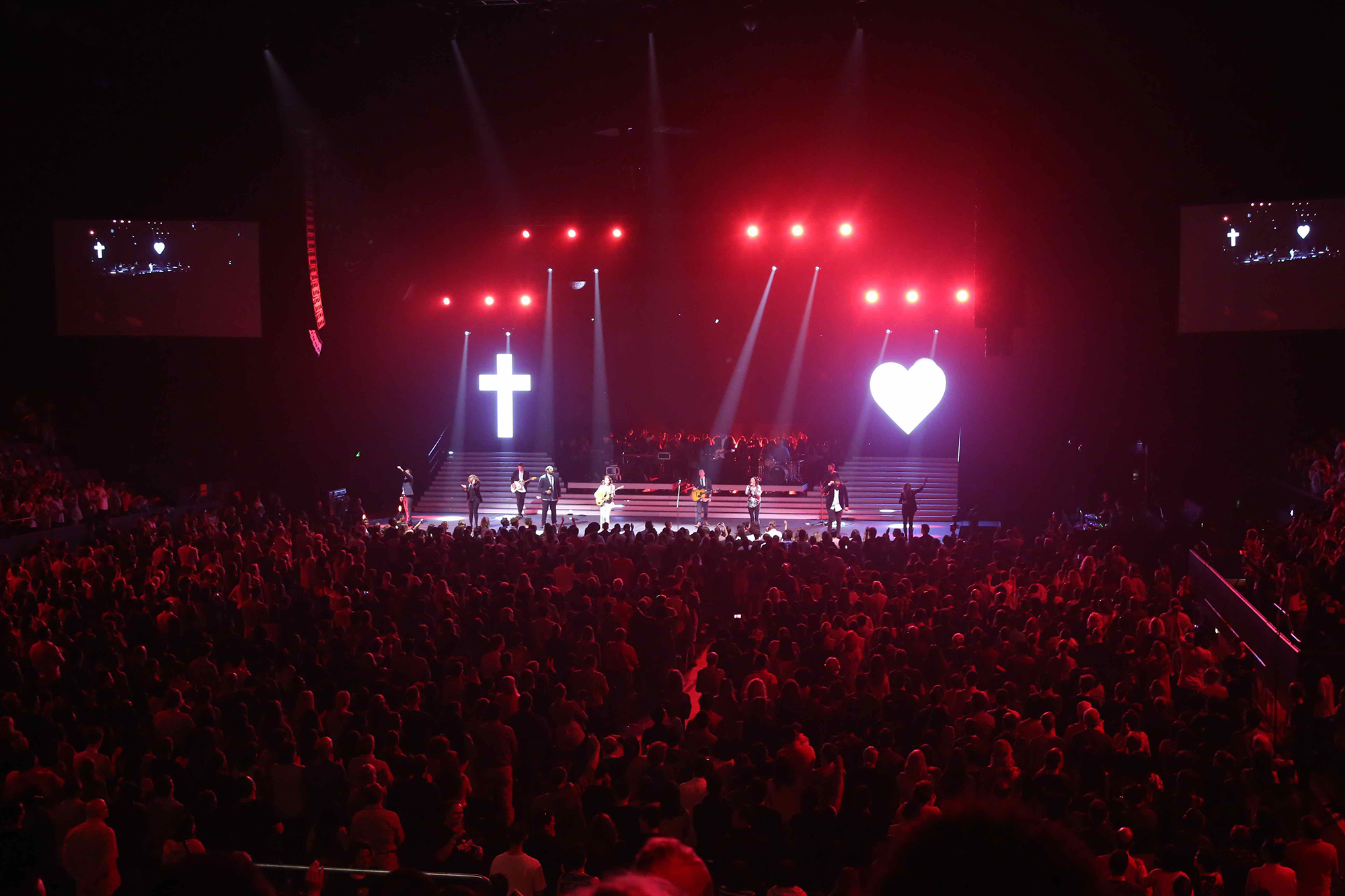 Judgment day appears to have come earlier than anticipated for scandal-ridden megachurch Hillsong — and at the unexpected locale of two regional court systems.

The Australia-based institution is currently being sued in Norwalk, Connecticut’s housing court and a state Supreme Court in Australia over allegations of wholly unholy behavior.

The Wall Street Theater Company, which Hillsong’s Connecticut branch rented for its weekly services, is suing the church for over $100,000, alleging unpaid rent, the theft of venue property and “immoral, oppressive and unscrupulous” actions, according to a complaint filed on Jan. 20 by the theater.

Just before the start of the ongoing coronavirus pandemic, Hillsong Connecticut signed a fresh contract with the theater in February 2020 agreeing to pay just under $6,000 a week for use during Sunday services, court docs say. On May 11, in lieu of the pandemic, Hillsong requested to invoke the agreement’s 120-day termination clause and cancel the contract, according to the suit. The theater agreed, but Hillsong never paid the $100,899.25 balance the clause required, the complaint alleged.

To add insult to injury, the theater claims that Hillsong “removed electronic equipment belonging to the” theater on Dec. 18 and has refused to return the property.

“Hillsong just ghosted the theater,” a source with knowledge of the situation claimed to The Post. “When the theater sent them a bill, they responded saying they were a small not-for-profit and couldn’t pay it, and that they didn’t owe it anyways because of the pandemic,” the source claimed.

Connecticut has no such pandemic-related moratorium on commercial rent payment.

The insider also alleged that Hillsong expressed no interest in resolving the problem amicably, amplifying claims from the lawsuit. “It wasn’t even a little bit of, ‘Let’s try to work it out. It was just, ‘Go f–k yourself and, oh, go f–k yourself,’” the source, who requested to remain anonymous for fear of retribution, said. “Hillsong, as a tenant, was always about the last nickel, which is fine, contracts are contracts, but when the shoe was on the other foot, suddenly they were a small church. It was quite sad, really.”

Dale Smith, whose company ran Hillsong Connecticut’s venue security, also said he found the church to be more of a corporation than a religious institution.

“It just seemed like a business, real robotic,” he alleged about what he’d seen in his two years working the door at Sunday services. “Even the ones on the payroll seemed to be fighting, positioning in order to climb that ladder which, in my opinion, is not what a church is supposed to be.”

Hillsong Connecticut previously made headlines this month after its lead pastors, Desiree Noel Robertson, 39, and Blaze C. Robertson, 41, were found to be seeking employment at another local church after quietly departing Hillsong CT, which they helped found in 2016. Before moving to Connecticut, Blaze was a creative pastor at Hillsong’s New York City arm, which is currently undergoing an internal investigation following star pastor Carl Lentz’s adulterous firing.

A separate suit Down Under

In Australia, the megachurch is also involved in a separate, $20 million lawsuit: The angry owners of nearly 300 Sydney apartments allege Hillsong and the construction firm it hired to build their housing complex in Rosebery, Australia, made their homes structurally unsound, according to the complaint.

“We’re worried we will find it difficult to sell our apartments,” one owner, who requested anonymity, told the Daily Telegraph. Homeowners bought their units for between $440,000 and $945,000.

The suit alleges that SCLC “breached their duties of care in causing or permitting the defective work,” and a lawyer claimed to the Telegraph that residents were prevented from inspecting “the common property” before buying their units. In 2019, structural engineers allegedly found that the units’ windows and balconies were not up to code.

Hillsong has responded to the suit by filing a counterclaim against the construction firm, Icon Construction Australia who, SCLC lawyers claimed, are the real “wrongdoers.”

Hillsong did not return The Post’s repeated requests for comment regarding either lawsuit.