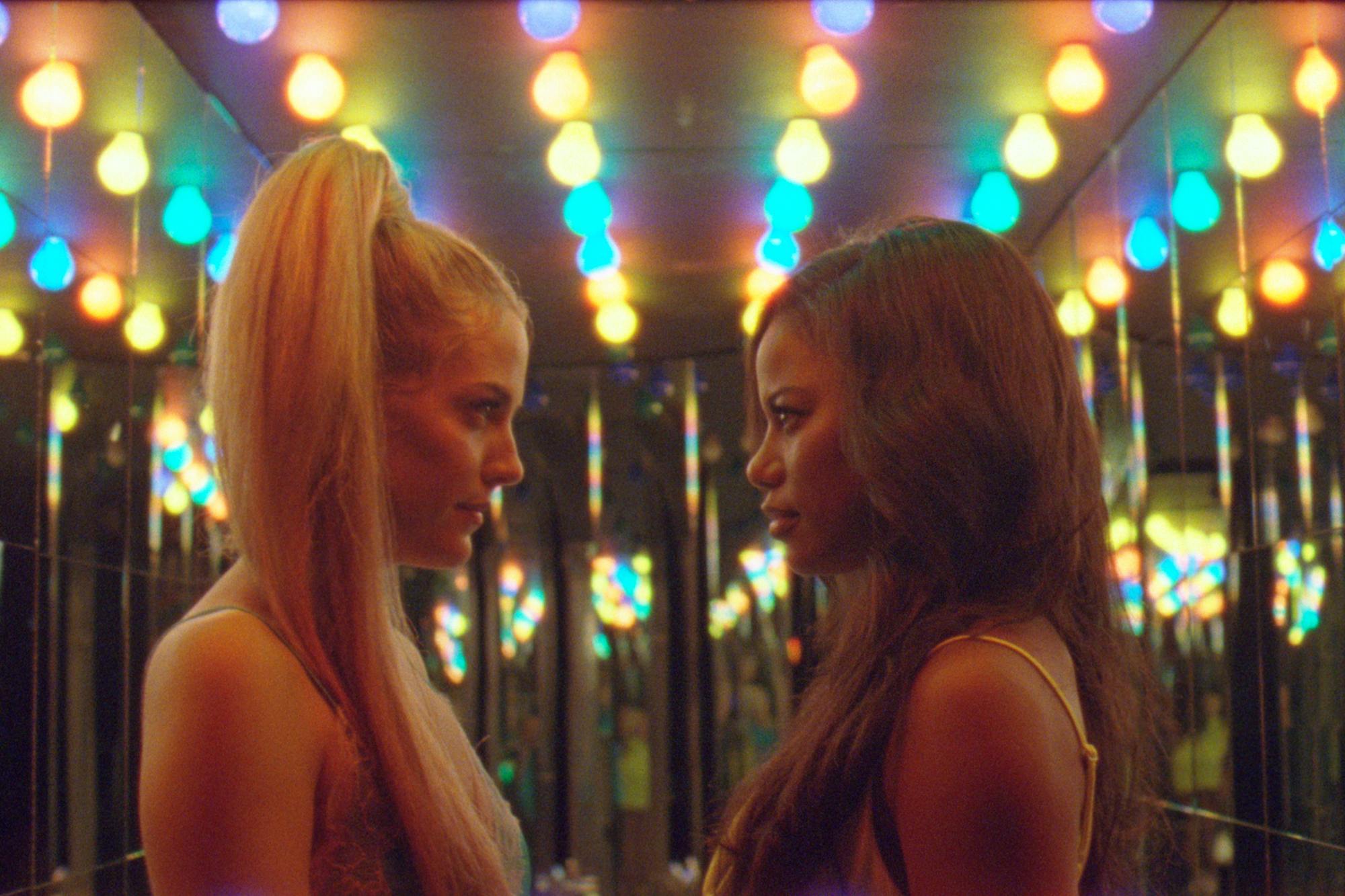 “You wanna hear a story about how me and this bitch fell out? It’s kind of long, but it’s full of suspense.”

So begins the wild trailer for A24’s “Zola,” which dropped Wednesday to a riveted social-media audience.

But that was also the start of the original Twitter thread that inspired the highly anticipated movie, out June 30. The full thread from 2015 went viral detailing the Odyssean saga of A’Ziah-Monae “Zola” King, a Detroit waitress and dancer who embarked on a mind-boggling road trip to Florida with a schemer she met just hours before.

Now, that story is the basis for “Zola,” directed by Janicza Bravo and written by Bravo and Jeremy O. Harris. The film — which stars Taylour Paige, Riley Keough and Nicholas Braun (“Succession”) — made its debut at last year’s Sundance Film Festival and will hit theaters this summer.

A24’s “Zola” details the harrowing story of A’Ziah-Monae “Zola” King, played by Taylour Paige (right), and a fellow dancer who took her on a dangerous journey to Florida.AP

But before you see it on the big screen, here’s the original 148-tweet thread that, as King notes in her Twitter bio, “invented” the thread as the story-telling device we all know and love today.

King, who was a waitress at Hooters at the time, begins by promising a long and suspenseful tale. She introduces her eventual antagonist, Jessica, as a customer and fellow dancer. (For the film, Jessica’s name has been changed to Stefani, played by Taylour Paige.) The two hit it off right away. The next day, King agreed to go on a trip with Jessica, where she was promised a well-paying dancing gig. They leave that night.

“So I’m like ok ok I’ll be ready,” King tweeted. “I pack my baddest stripper wear and I’m ready.”

When King meets up with Jessica, two men are in the car: Jessica’s white boyfriend, Jarrett, and a black man King assumes is her sugar daddy. They head to the club, where, “after making $800, I was ready to go.” But that’s not what happens. Over the next 48 hours, they’re pulled into shady scenario after shady scenario by a man who appears to be Jessica’s pimp. When King attempts to take control of the situation by handling Jessica’s clients, things spiral further downward in the NSFW thread.

Near the end of the journey, Jess swears to King she didn’t mean for things to go this poorly, and she hopes they can still be friends in the end.

“I looked at her like she wasn’t speaking English.” King tweeted. “I better not ever see or hear from you again.”

The eventual outcome somehow gets even more wild — but we’ll let the movie handle that.

I apologize ‘every single Indian person’ for Apu