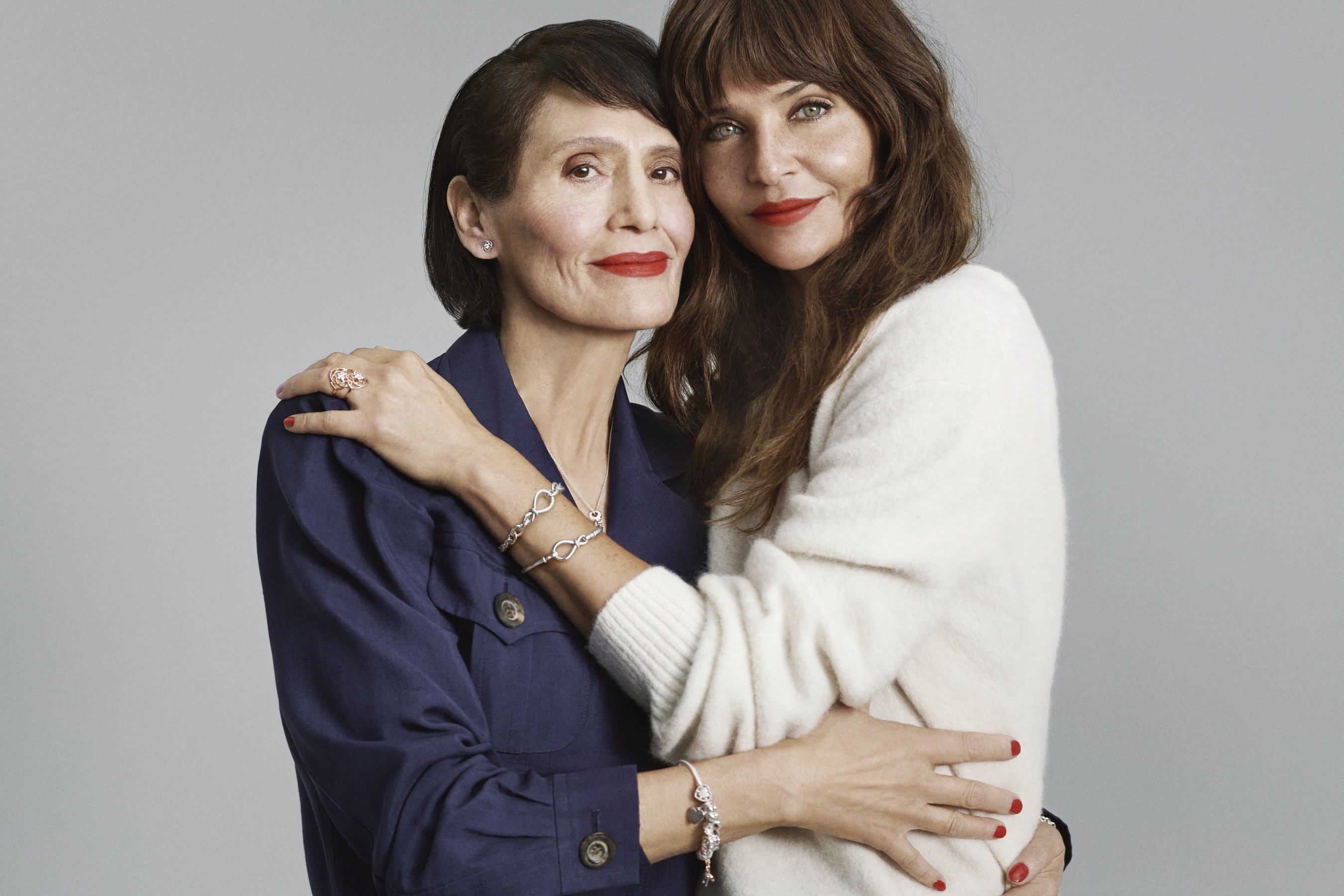 Supermodel Helena Christensen may have gotten her stellar style from her mother, Elsa — but these days, it’s her mom who’s doing the borrowing.

“My mom had great style when I was growing up and I would definitely be influenced, but we never talked fashion,” Christensen told Page Six Style. “Now she inherits my clothes.”

As Mother’s Day approaches, the fashion mainstay reflected on how her parents have always remained “supportive and excited” for her throughout her catwalk career.

“My parents were with me a lot when I started traveling the [world], and when I moved to Paris and New York they would come stay with me often,” she recalled, adding that her family may have predicted her passions for fashion, photography and philanthropy.

“I think we all regarded this career as a stepping stone to something else, and I guess we were right,” continued Christensen, who has since “branched out” from modeling by co-founding her Staerk & Christensen label and serving as creative director for Strangelove fragrances.

She most recently teamed up with Pandora, reflecting on the power of love and motherhood while starring alongside Elsa in the jeweler’s “An Exploration of Love” Mother’s Day campaign.

“My mother was such a big help. Somebody who has already been through it,” the supermodel gushes in the brand’s video. “Help you and support you, be there for you. It was the biggest gift I could have been given.”

Now a mother herself — to 21-year-old Mingus Lucien Reedus, whom she shares with ex Norman Reedus — Christensen said her son has mastered the art of the Mother’s Day gift, often presenting her with drawings and “sweet art pieces” she likes to frame or have printed onto T-shirts.

Mingus clearly inherited Christensen’s modeling chops, having made his runway debut for Calvin Klein in 2017, strutted his stuff at London Fashion Week and starred in a Victoria’s Secret campaign.

Just don’t expect him to pursue fashion full-time; Mingus is currently “very focused on music,” according to his mother.

“Mingus is in college and makes music,” Christensen said. “He’s doing the odd modeling job now and then, but that’s it.”

“We don’t talk about [the fashion industry] at all,” she added. “We talk about music, food, traveling, dogs and family.”