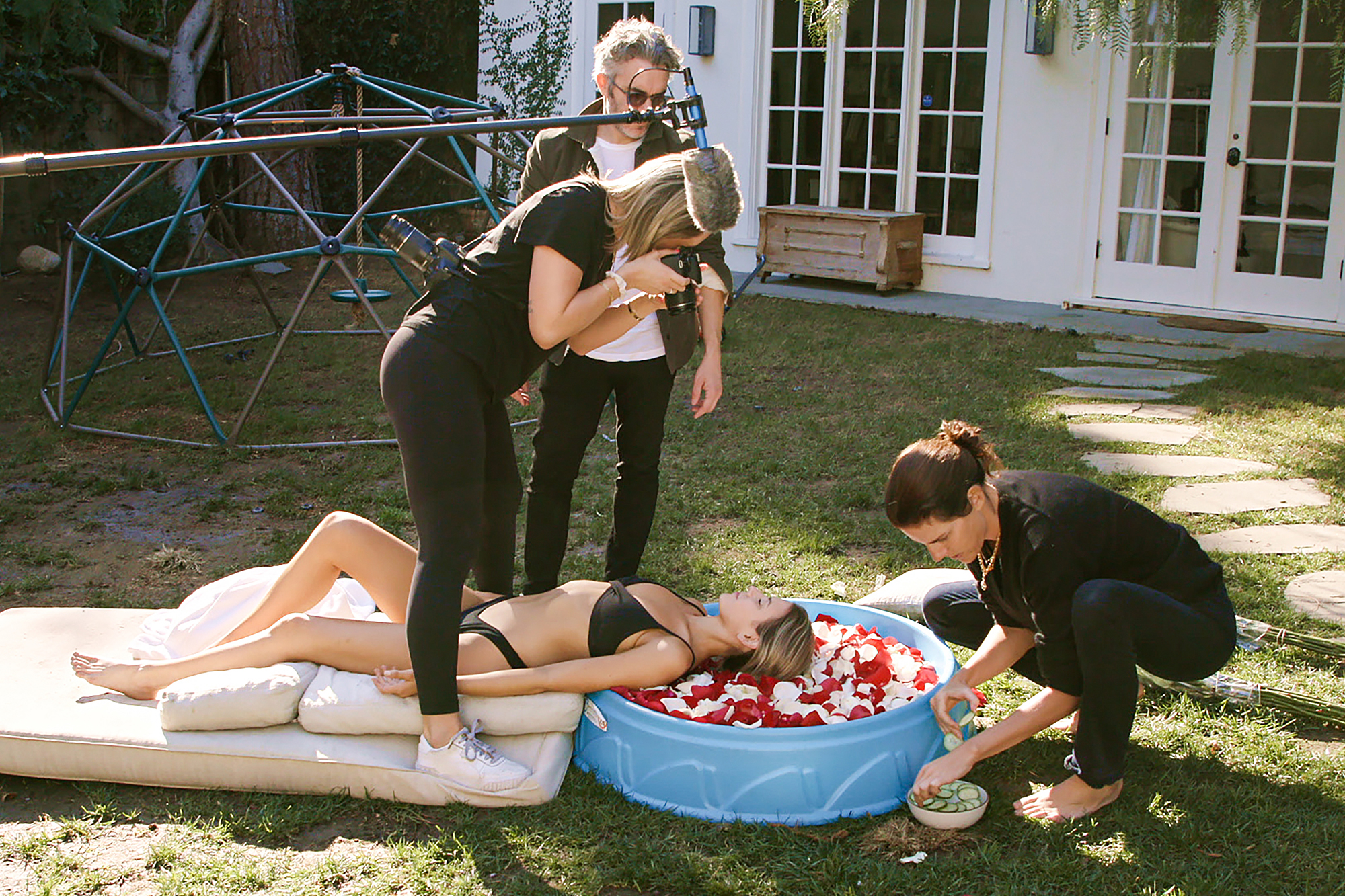 What does being famous mean to you?

Is it getting recognized at the grocery store? Is it having the paparazzi follow you everywhere you go? Or is it having hundreds of thousands of online followers — even if only half of them are real people?

Those are the questions at the heart of “Fake Famous,” a new HBO Max documentary, which premieres on Tuesday.

“When you look on Instagram, there are over 140 million people who have over 100,000 followers,” Bilton told The Post. “How is it that the entire population of Russia can be perceived as famous? It’s not possible.”

Bilton, who is a special correspondent for Vanity Fair and has worked for the New York Times, was troubled by a survey he saw. “Kids in America want to be influencers more than any other career,” he said. For him, this project was about exposing the lies internet personalities tell to “make it” online, and shedding light on the darker side of the industry.

“Fake Famous” sheds light on the darker side of the industry.HBO

In early 2019, Bilton put out a casting call in LA — the influencer mecca — asking one simple question: “Do you want to be famous?” About 5,000 people applied.

The plan was to “get three different people from three different walks of life and see how it turns out for them,” Bilton said. “We wanted to show that really anyone could do it.”

Influencing, he said, “is just a numbers game and that’s it.”

First, the soon-to-be stars headed to the salon for trendy haircuts. Then came the photo shoots.

Bilton and a photographer helped Druckman and Heiner fake their glamorous photos — they sipped apple juice from champagne flutes and posed in bathing suits in a backyard. Druckman stuck her head in an old kiddie pool filled with fake rose petals, which on Instagram looked like an expensive spa treatment. Bailey, meanwhile, headed to a “private gym” in Beverly Hills — when he was really in a downtown warehouse.

When they posted the photos, they tagged swanky hotels as the locations.

Bilton and his crew spent lots of time — and money — keeping up appearances. He shelled out $650 for Druckman and a friend to spend the day taking photos at a rented mansion. It cost $50 an hour for Bailey to shoot on a set that looked like a private jet.

It cost $50 an hour for Chris Bailey to shoot on a set that looked like a private jet.HBO

But spending the day posing for photos in pretty places isn’t as easy as it looks. “It’s so much work, it is just insane how much work it is,” said Bilton. “We’d do a photo shoot, we’d buy all the props, we’d take all the photos and edit them, we’d post them, and four, five days later, you’re out of photos, so you have to do it again and again.”

Next, and most importantly, was the purchasing of bots. Anyone can go online and buy fake Instagram followers, likes and comments. Bots make up a huge portion of followers for celebs, reportedly including Ellen DeGeneres, Katy Perry and the Kardashians — and of course, influencers.

Designer Chris Bailey spent a lot of time and money keeping up appearances.HBO

“It was really shocking to see how pervasive it was, how much money goes into it, and how the tech companies really don’t have a desire to do anything about it, because it inflates their numbers,” said Bilton, who spent close to $15,000 on more than 300 different bot services throughout the project. “I think you could pull it off for $2,000 a person. A couple grand and you can be perceived as famous.”

For Druckman, the project started to pay off quickly. Companies began contacting her for collabs and inviting her on all-expenses-paid trips. She now has more than 340,000 followers, a good portion of which are real people.

The 26-year-old actress always knew that an online following was important to casting directors, but didn’t realize how much until months into the experiment. As she surpassed 100,000 followers, she was being invited to more auditions and getting offered more parts.

Bilton said “it is just insane how much work it is” to set up photoshoots all day.HBO

“That was a hard truth that I don’t think I ever wanted to accept,” she told The Post. Having lots of followers “makes somebody feel more confident in you to finish the job,” even though it has “nothing to do with it,” she said.

Still, Druckman is glad she joined the experiment. “I treated this whole thing as an acting role,” she said.

The project didn’t go as smoothly for Heiner and Bailey.

Even though Heiner’s following was mostly bots, having all those “eyes” on him exacerbated his anxiety. “I still felt like they were watching me — it made me so uncomfortable,” he tells The Post. At one point, a friend from high school called the 25-year-old out for his fake persona. “I was just embarrassed. ‘I look like a fool,’ ” he remembered thinking.

“I was just embarrassed. ‘I look like a fool,’” said Wylie Heiner.HBO

Being an influencer is “a a lot harder than I thought it was,” Heiner said. He dropped out of the experiment, and now uses his Instagram just for fun. “It shouldn’t be that serious,” he said.

Now, because of the documentary, Heiner is applying to grad school to become a therapist. “There could be a good relationship between therapy and social media,” he said.

Bailey, 29, is still attempting to gain a following through a harder — and more virtuous —route.

Integrity “is a huge part of me,” Bailey told The Post. “I can’t really fake the funk. I can’t be posting pictures and doing reviews of products I don’t even want or like.”

The documentary from director Nick Bilton (pictured) premieres on Tuesday.HBO

When he did, he would delete overenthusiastic comments left by bots. “We realized he won’t post them because . . . he doesn’t want to be fake on his Instagram,” said Bilton.

Bailey now has more than 18,000 followers and is working on releasing music and his clothing line, the 1-Off Recycled Garment Project. “I do believe that if you stay true to who you are and what you believe, it will take you farther,” he said.

No number is worth compromising your authenticity, Bailey says in the doc.