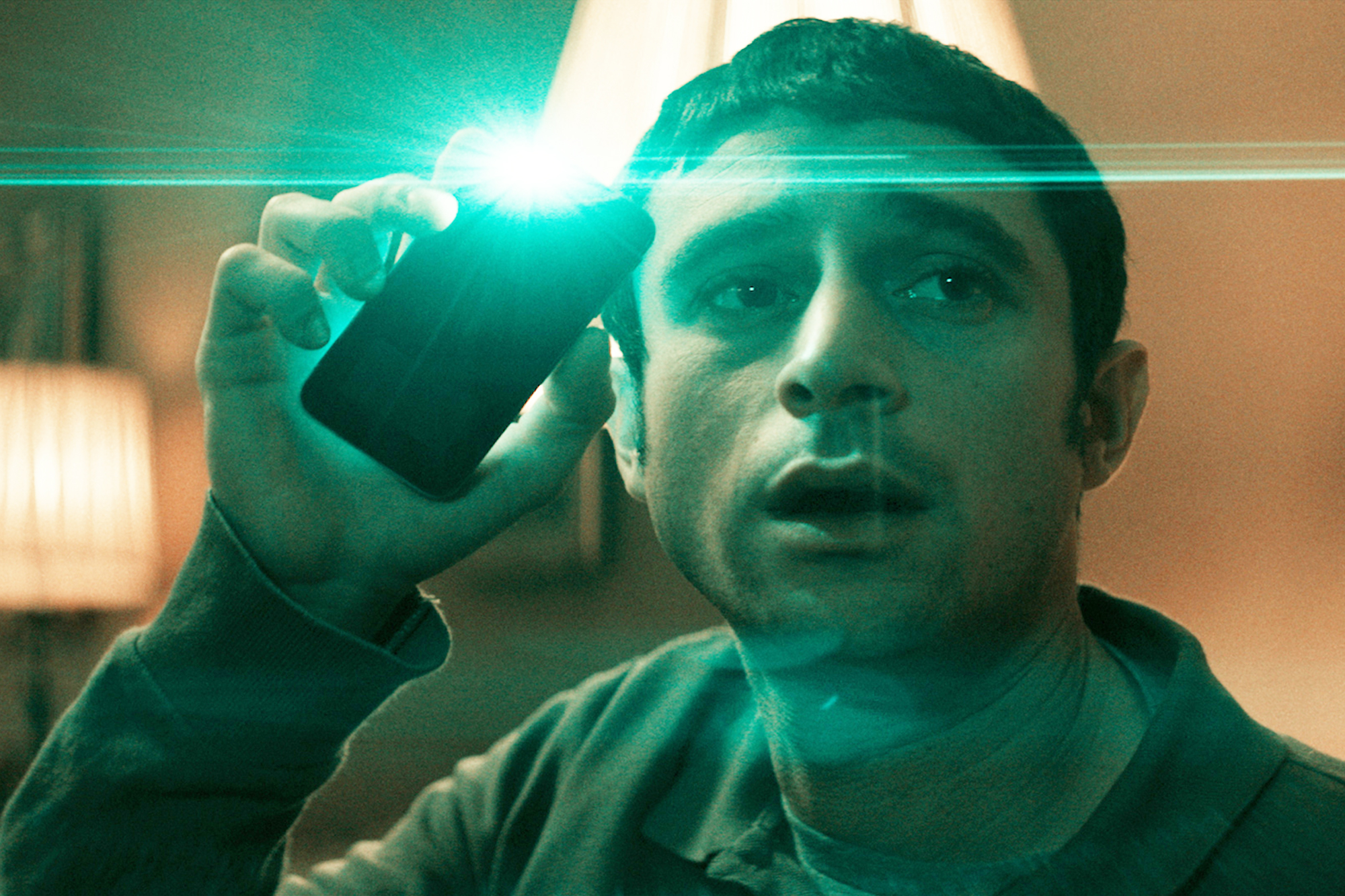 How does an outsider come to make a horror film set in the notoriously cloistered Hasidic enclave in Borough Park?

With some chutzpah, and a lot of help.

First-time writer and director Keith Thomas was determined to bring his vision — a supernatural horror movie about an ultra-religious Jewish community — to life. The result is “The Vigil,” which premiered at the Toronto International Film Festival in 2019 and will be available to watch Friday in select theaters and to stream on VOD.

The story centers on Yakov (an impressive Dave Davis, of “The Big Short” and “True Detective”), a onetime Hasid who recently cut ties with the insular community after a family crisis. Struggling to make ends meet, he reluctantly accepts a quickie overnight job as a shomer — someone who watches over a dead body, considered a holy act in the Jewish tradition.

The night that unfolds blends traditional horror film action with deep Jewish mysticism, drawing from the world of demonology. The body belongs to Mr. Litvak, a known recluse whose wife suffers from advanced dementia. As Yakov quickly learns, the deceased was plagued with a mazik, an evil, supernatural hanger-on who is looking for a new host. “When I’m gone, the mazik will find another broken person,” the old man warns in a terrifying vision. “It will slowly consume their soul.”

LET THERE BE FRIGHT: “The Vigil” follows Yakov (Dave Davis) who takes a job as a shomer: someone who watches over a dead body.IFC

Thomas, 45, who is Jewish but not Orthodox, was first inspired to write a scary tale about a shomer in the early 2000s, when he was studying for a master’s degree in religious education at the Hebrew Union College in Manhattan. Back then, he would stroll though the city’s various ultra-Orthodox enclaves. “I found these communities really fascinating,” he told The Post. “I felt really comfortable going to their shuls.”

Indeed, he was inside a synagogue when the idea first sparked, as he overheard two older men discussing a shomer who had abandoned his post out of fear. That evocative snippet “sat with me for a long time,” Thomas said. “I thought it was an intriguing idea.”

Jewish, but not Orthodox, writer and director Keith Thomas first got the idea for “The Vigil” in the early 2000s, when he was studying for a master’s degree in religious education and used to walk through Brooklyn’s Hasidic neighborhoods.IFC

Still, it would be many years before he was able to pursue it.

Once he had a script in hand and a few Orthodox producers attached, Thomas, who lives in Denver, knew that the right casting was key. “A lot of the actors are from the community,” he said, including Menashe Lustig, who starred in the critically acclaimed 2017 movie “Menashe.” He also hired a few Orthodox consultants who made sure the film felt true to life.

“I trusted their insight — I knew I needed to lean on them,” said Thomas. Though he wrote the film in English, he was aided by native Yiddish speakers, who had peppered the script with the traditional Hasidic language by the time the six-week shoot began in fall 2018.

Malky Goldman plays Sarah, a friend of Yakov’s. Just like her character in “The Vigil,” Goldman, 32, left her ultra-Orthodox upbringing in Jerusalem and became an actress, and now resides in Ditmas Park. She told The Post that Thomas was committed to making the film “as authentic to the horror community as he was … to the Hasidic community.”

For Thomas, finding that balance was crucial, but difficult. “I didn’t want to denigrate the community, but I also wasn’t there to just celebrate it either. I want to be true to the world and the people,” he said.

A scene from “The Vigil” that was shot in parts of Brooklyn including Williamsburg.IFC

He said he got his first glimpse of his film’s impact late one night when shooting in Williamsburg.

“It was about 2:30 in the morning and we saw about 150 Orthodox men surrounding the set,” said Thomas of the curious locals, most of whom had never seen a movie due to religious restrictions. “We’re lucky we had a lot of Yiddish speakers and rabbis on set to explain it to them.”