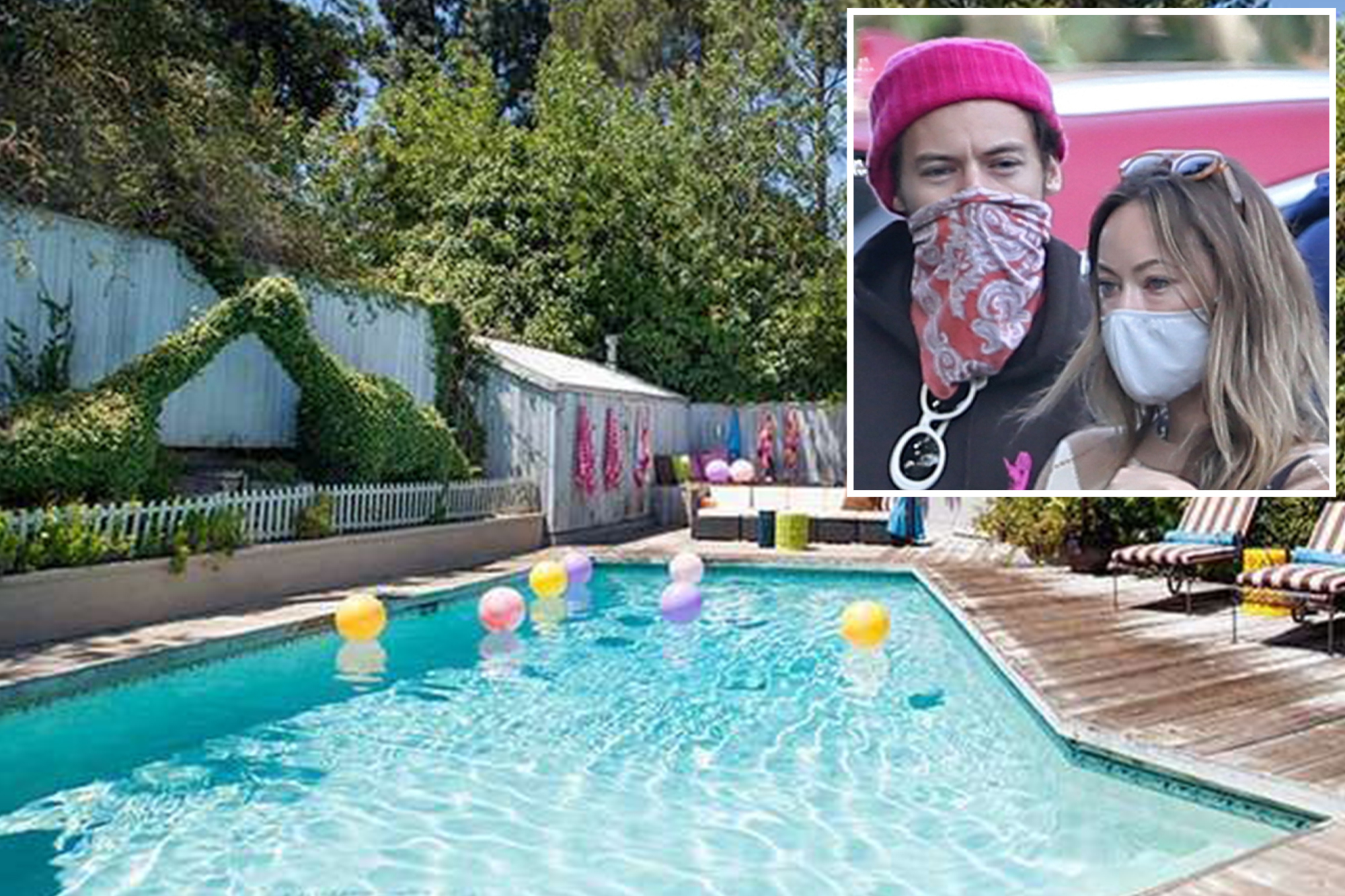 Harry Styles and Olivia Wilde have been hot and heavy since the beginning of the year — and it seems to be getting serious pretty quickly.

On Valentine’s Day, Wilde, 36, was spotted moving her luggage from the Los Angeles residence she shared with Jason Sudeikis to the place where Styles, 27, is currently staying.

While filming “Don’t Worry Darling,” One Direction alum Styles has been living at the Hollywood Hills home of his manager, Jeff Azoff. Styles and Wilde reportedly met on the set of the upcoming film, which she directed.

The house is anything but what you would expect from the usual luxurious, celebrity-style digs.

Scroll through to see inside their latest love nest.

The property is situated in the upscale Laurel Canyon neighborhood. Realtor.com

Tucked away behind private gates, the three-bedroom, two-bathroom abode is an oasis surrounded by greenery.

The home features French doors that open up to the pool and hot tub. Realtor.com

The mid-century-style home was built in 1952 and, according to Los Angeles property records, has only changed hands three times in 30 years — and without ever actually hitting the market.

One of three bedrooms. realtor.com

Beautiful windows, skylights and French doors make up some of the features of the home, which spans 1,378 square feet and opens up to the flat yard, pool and steamy hot tub.

The kitchen and dining area. realtor.com

The kitchen and dining area appear to be pretty generic, with limited living space.

Azoff, 34, has been Styles’ longtime manager and is considered one of his best friends. The singer even officiated at Azoff’s wedding with a crowd of about 20 people in attendance last month.

Page Six reported in January that Styles and Wilde were dating after the pair were spotted at the wedding together. Days later, they were photographed showing PDA while out with friends in Santa Barbara, Calif.

Harry Styles and Olivia Wilde out with friends. BACKGRID

Before the “Booksmart” director packed her bags to go live with Styles, she purchased the Silver Lake home in 2019 with ex Sudeikis, 45. They share two children.

A source told Page Six in January that the former One Direction member was the reason behind Wilde’s split from the “Saturday Night Live” alum.

In a recent Instagram post, Wilde gushed over Styles, writing her admiration for how he showed “humility and grace” on set, and adding how he blew her away “every day with his talent, warmth, and ability to drive backwards.”

Olivia Wilde seen packing her bags from the LA residence she shared with her ex, Jason Sudeikis. 007 / MEGA