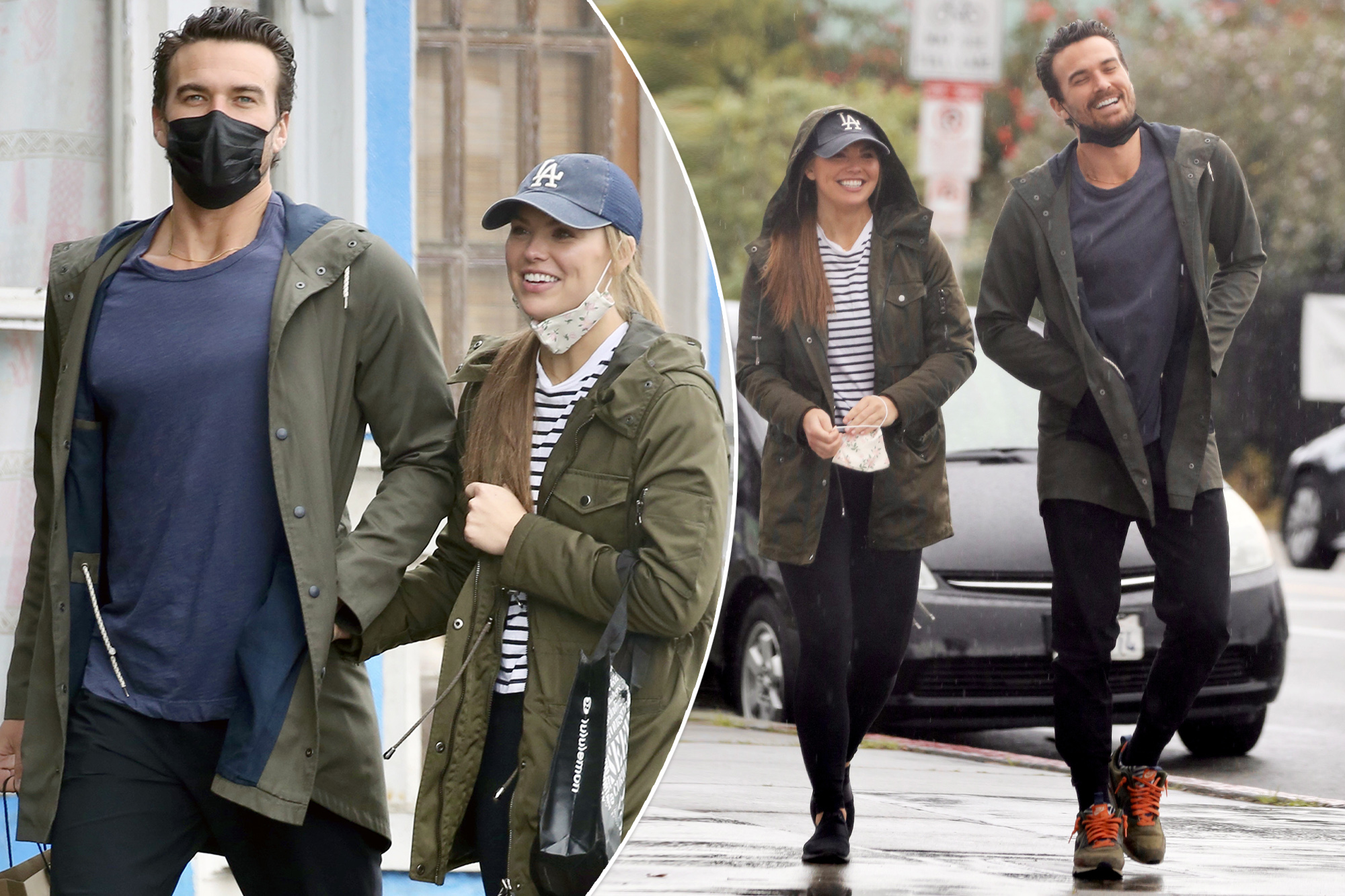 Hannah Brown is apparently off the market.

The pair were photographed going for a walk together in Venice Beach, Calif., over the weekend.

Both were dressed in casual workout attire and donned cloth face masks. In one of the photos, Brown, 26, and Woolard, 33, flashed big smiles.

This is the first time Brown has been linked to someone outside of Bachelor Nation since her stint on ABC.

The former Miss Alabama USA made her “Bachelor” debut on Colton Underwood’s season in 2019, and was cast later that year as the lead in Season 15 of “The Bachelorette.”

In the finale, she got engaged to Jed Wyatt, but after finding out he allegedly had a girlfriend leading up to the show, she expressed interest in dating runner-up Tyler Cameron — although he was linked to supermodel Gigi Hadid at the time.

Hannah Brown and Adam Woolard were spotted holding hands over the weekend. TheImageDirect.com

Still, for the the past two years, Brown and Cameron, 27, sparked dating rumors off and on, even spending a few months quarantining together at the onset of the pandemic.

However, after Brown moved back to Los Angeles, Brown made it clear on social media that she was single and ready to mingle.

It is unclear how the reality star met Woolard, but eagle-eyed fans have speculated they have been a couple for a few weeks.

Woolard has a modest social media following, where he shared in his bio that he is a meditation and lifestyle coach. His bio also says “Sales/Pr” for fashion label Greg Lauren.

Hannah Brown steps out with Adam Woolard, the first person outside of Bachelor Nation she’s been linked to since her stint on ABC.TheImageDirect.com

However, he also makes a living off of his good looks. According to The Campbell Agency, the 6-foot-1 fitness enthusiast works as a model.

On Monday, Brown posted a photo of a flower arrangement at her house, captioning it, “I’m trying to find my inner homemaker.”