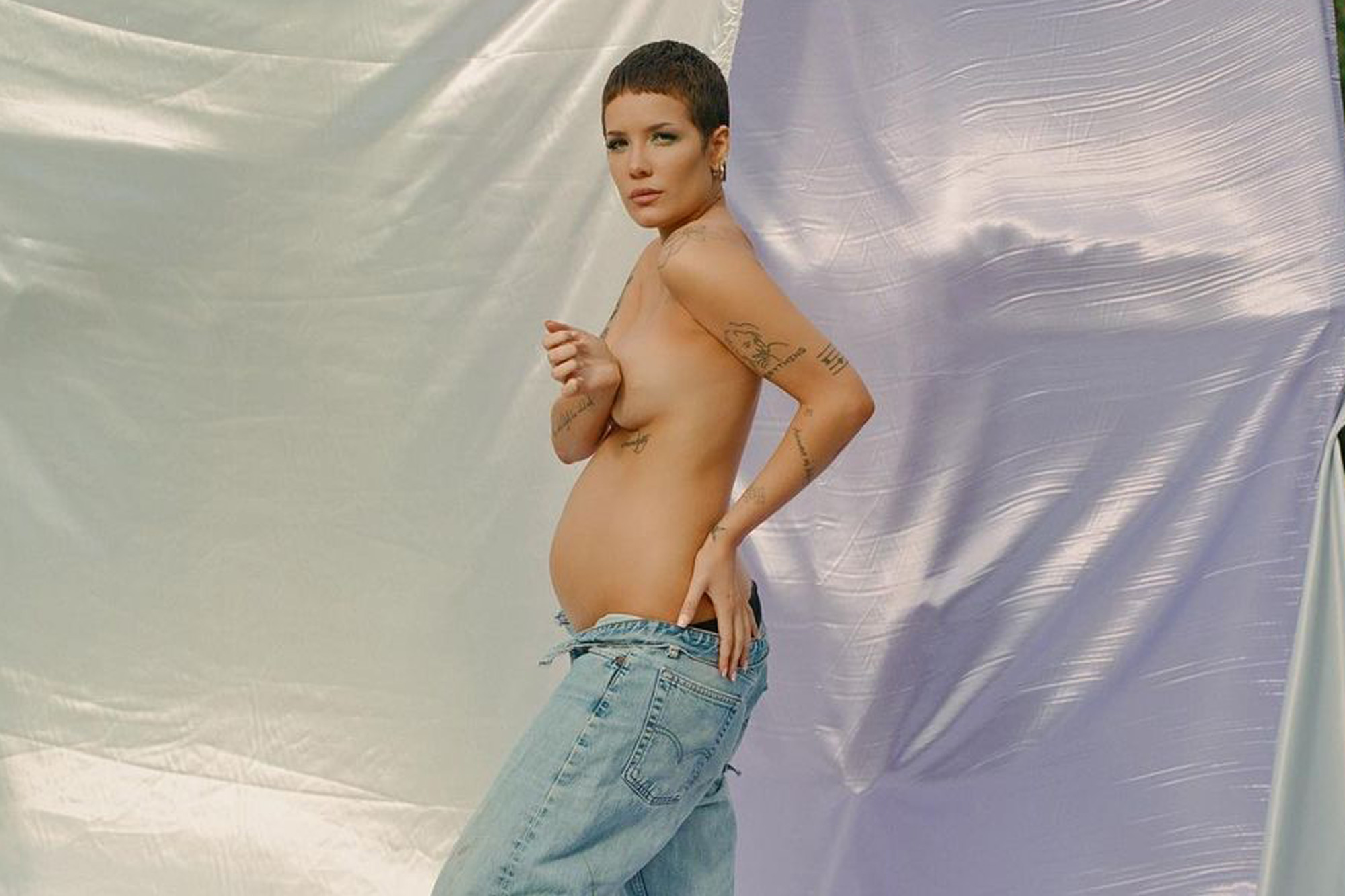 Halsey shocked fans on Wednesday by revealing that she is pregnant with her first child on Instagram.

“Surprise!” the “Without Me” singer captioned a series of baby bump-bearing photos taken by photographer Sam Dameshek.

In two of the pictures, the 26-year-old poses completely topless while wearing a pair of baggy denim jeans.

Halsey’s manager, Anthony Tomasli, commented, “i love you with all my heart!!! we’re all so happy for you!! you’re gonna be the best mom ever.”

Fans speculate that Halsey may be expecting a baby with Alev Aydin. The screenwriter reposted a picture of the singer’s pregnancy photoshoot with two red heart emojis on his Instagram Story.

He also commented on the pop star’s post, “Heart so full, I love you, sweetness,” to which she replied, “I love you!!!!!! And I love this mini human already.”

In 2020, Halsey was linked to her ex, Yungblud. The pair sparked speculation that they were dating again after Halsey posted a dinner she made for the British-born singer back in March.

“My first crack at making a Sunday dinner #YorkshireCertified,” she captioned the pic, which Yungblud, 23, reposted on to his Instagram Story with the caption, “Can confirm [check mark emoji].”

In 2016, the “Bad at Love” singer shared that she suffered a miscarriage while on tour.

“I beat myself up for it,” the then 21-year-old told Rolling Stone magazine. “I think that the reason it happened is just the lifestyle I was living. I wasn’t drinking. I wasn’t doing drugs. I was f–king overworked – in the hospital every couple of weeks because I was dehydrated, needing bags of IVs brought to my greenroom. I was anemic, I was fainting. My body just broke the f–k down.”