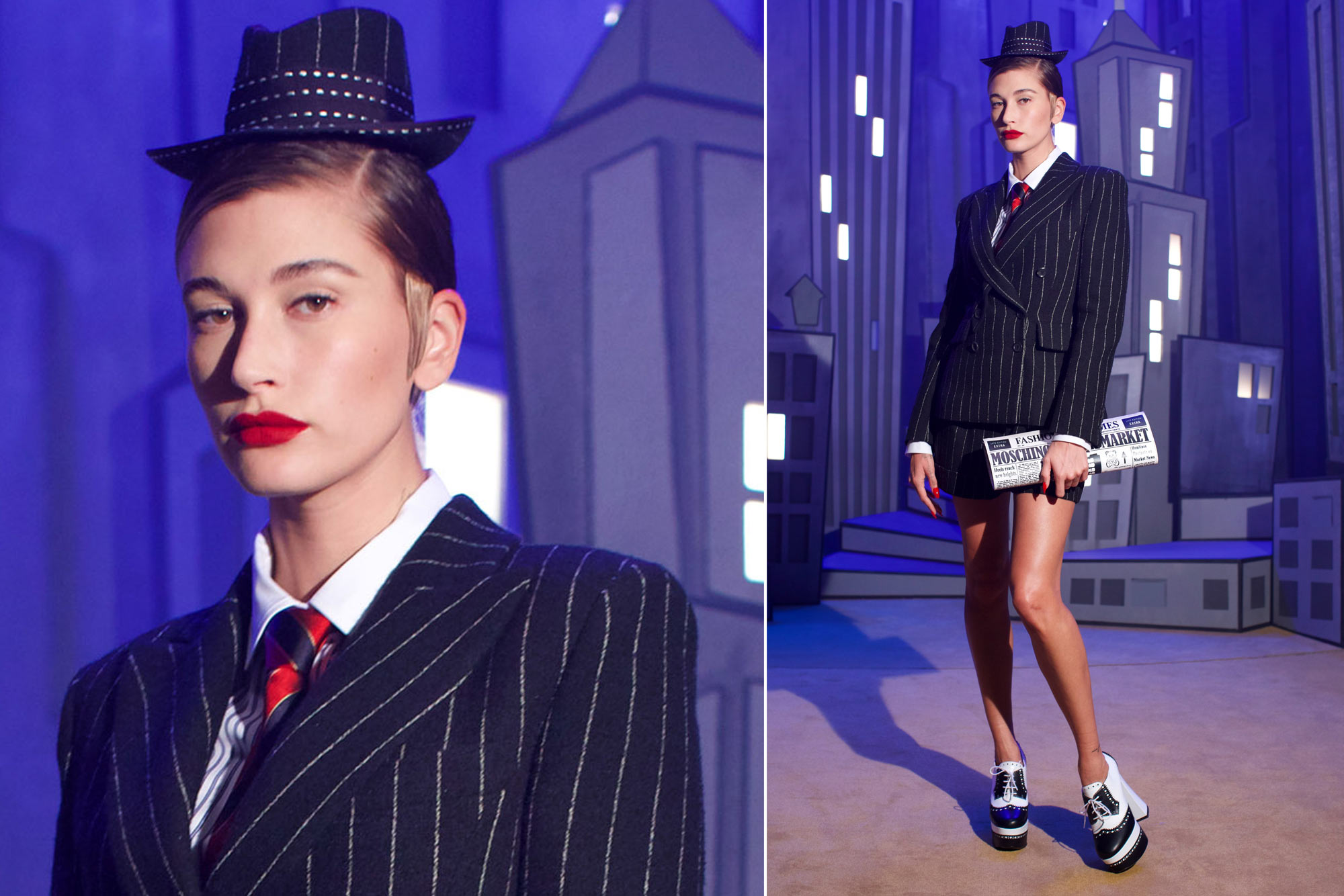 Hailey Baldwin is back on the catwalk.

Due to the coronavirus pandemic, this wasn’t just your average runway; the star-studded cast — which included Dita Von Teese, Miranda Kerr, Winnie Harlow and more in addition to Baldwin — performed in a fashion film entitled “Jungle Red.”

Some sipped tea and sat in a theater, while Maye Musk presented an on-stage fashion show in which Baldwin led the pack of models.

In 2019, Baldwin posted a photo of herself walking for Zadig & Voltaire, critiquing her own strut and admitting that runway modeling “is not, and will never be my thing again.”

Clearly, her career hasn’t suffered from her break from the catwalk; Baldwin is the face of BareMinerals, has starred in ad campaigns for Versace and Tommy Hilfiger and is set to launch her own beauty brand, Rhode, this year.