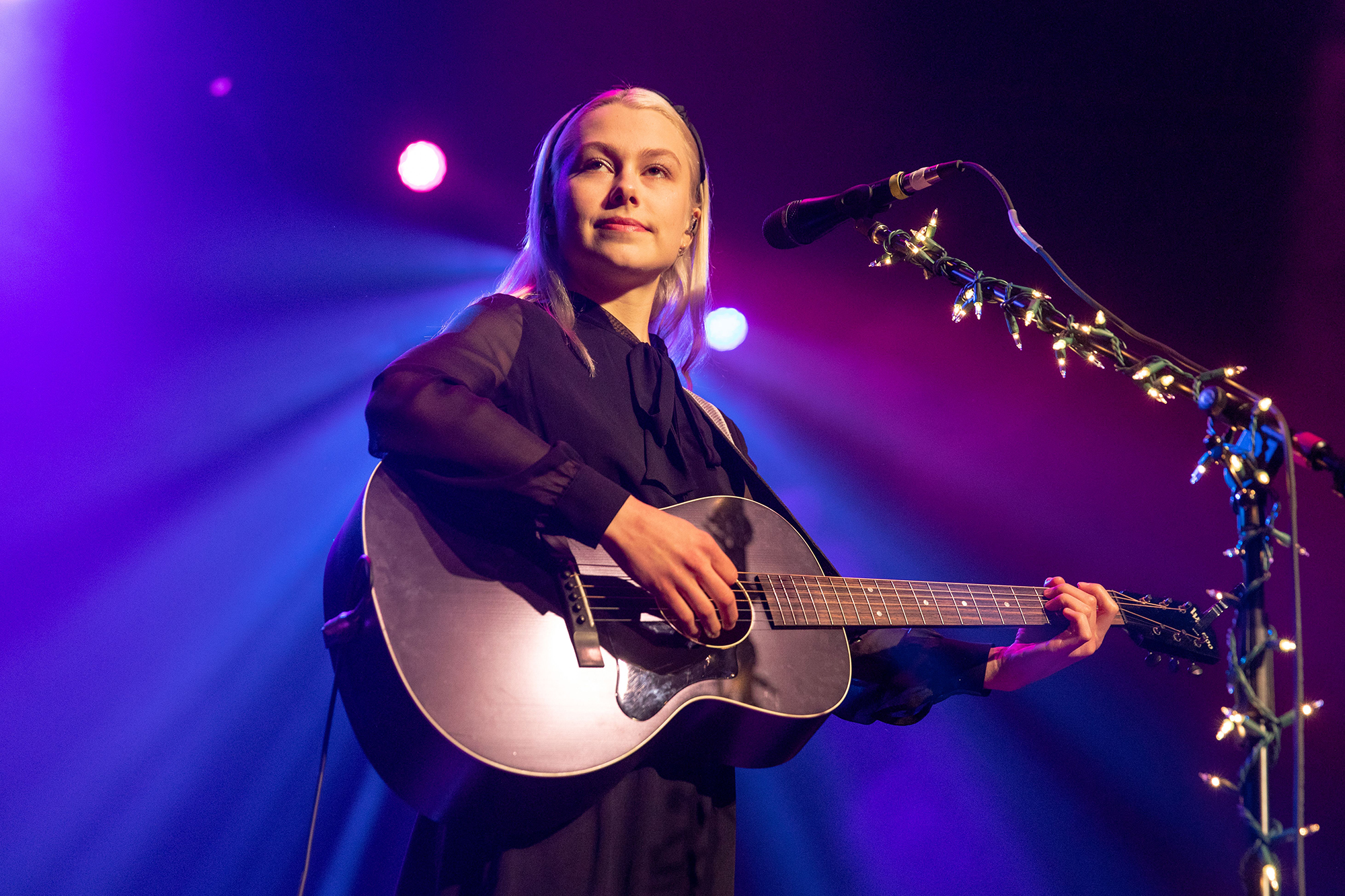 When it comes to this year’s Grammy nominations, the ladies most definitely rock.

In fact, for the first time in history all of the nominees for Best Rock Performance are women: Fiona Apple (“Shemeika”), Haim (“The Steps”), Grace Potter (“Daylight”), Brittany Howard (“Stay High”), Big Thief (“Not”) and Phoebe Bridgers (“Kyoto”).

While those first three names might be pretty familiar, the latter two represent a wave of fresh female artists injecting a jolt of their own cool indie spirit into rock. Indeed, Bridgers has been generating so much buzz that she landed the coveted musical-guest gig on “Saturday Night Live” this weekend.

Here, a look at Bridgers, Big Thief and other women to watch in rock:

In addition to Best Rock Performance, the 26-year-old singer-songwriter is up for three other Grammys at the March 14 ceremony — including Best New Artist — on the strength of her second solo album “Punisher.” While she isn’t exactly new, she’s certainly having her breakout moment from her all-girl band Boygenius. In 2019, she also released an album with Bright Eyes’ Conor Oberst as Better Oblivion Community Center. (The LP was self-titled.) So although she is known for her “sad-girl” vibe on moody tunes such as “Garden Song,” Bridgers certainly has plenty to be stoked about right now.

This Brooklyn indie-rock band fronted by 29-year-old singer-guitarist Adrianne Lenker is making big noise with two Grammy nominations for the garage charge of “Not” (the other being Best Rock Song). It’s their third nod, after making the short list for Best Alternative Album (“U.F.O.F.”) last year. If they can’t steal a win next month, though, surely this won’t be their last chance to grab Grammy gold.

Bridgers’ bandmate Julien Baker, 25, is gearing up for her solo LP, “Little Oblivions,” to be released later this month.Redferns

Bridgers isn’t the only member of Boygenius making solo moves: Her bandmate Baker, 25, is gearing up for her solo LP, “Little Oblivions,” to be released later this month. And the singer and multi-instrumentalist is getting some help from both Bridgers and the third Boygenius member, Lucy Dacus, on her dreamy new single “Favor.”

How’s this for a concept? McRae imagined doing a cover of a Bridgers song that would come out in 2023. But what started as a cheeky tweet envisioning a tune about waiting to get vaccinated at Dodger Stadium in Los Angeles turned into an actual verse, which then evolved into a real, fully formed alt-folk song called “Immune.” Bridgers herself was so impressed by the results that she tweeted “oh my god.” Look for this 23-year-old singer-songwriter’s debut album later this year.

Beabadoobee dropped her debut album, “Fake It Flowers,” in October.Sipa USA via AP

Born in the Philippines and raised in London, this 20-year-old singer-guitarist, who was born Beatrice Laus, dropped her debut album, “Fake It Flowers,” in October. She may be Gen-Z, but she brandishes a ’90s grunge edge on guitar-driven rockers such as “Care” and “Worth It.”

Chrissy Teigen Admits That She And John Legend Were Once Tricked Into Paying $13,000 For Cabernet
Porsha Williams Is Featured In InStyle Magazine – See How They Praise Her
Comment