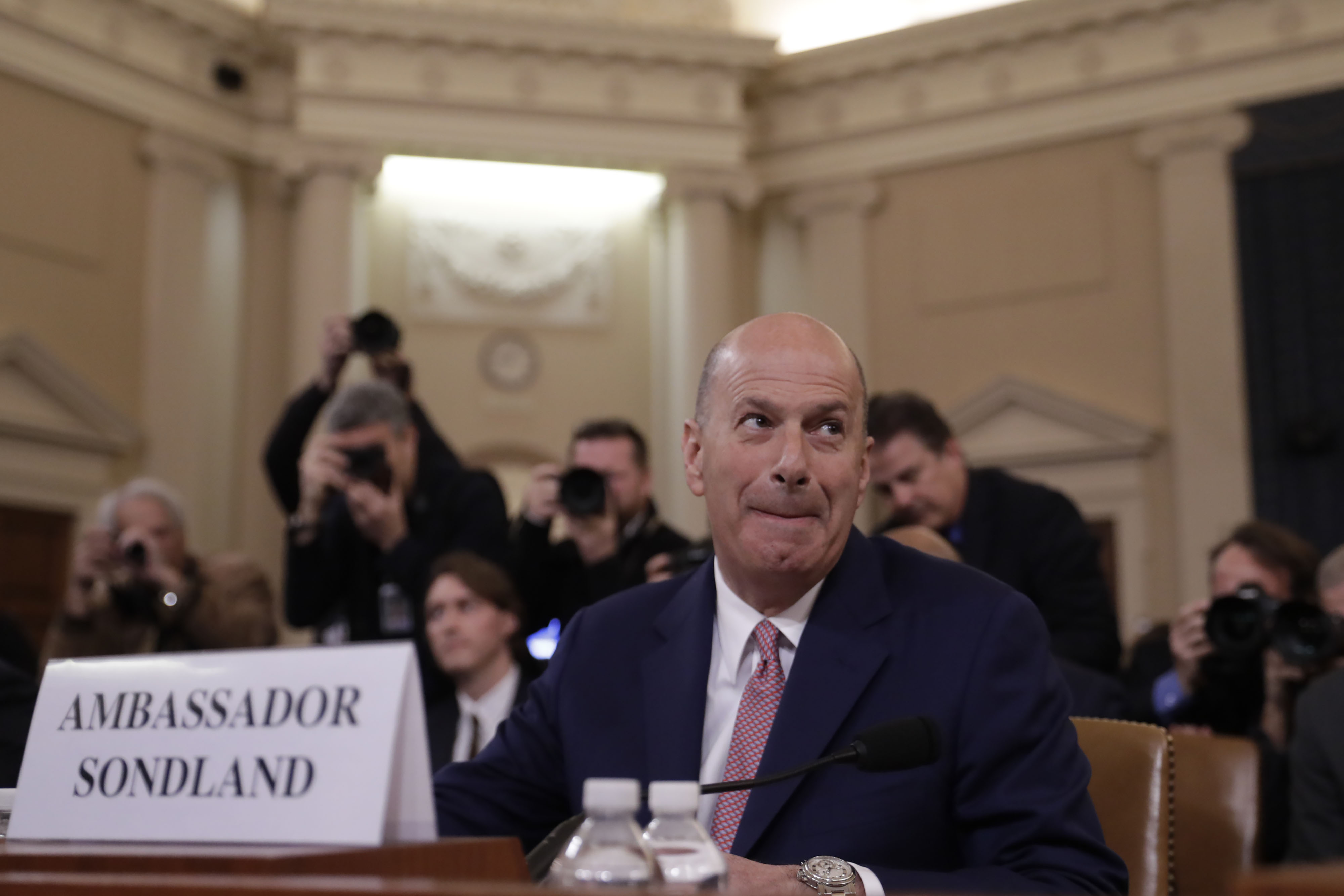 Gordon Sondland, the former ambassador to the European Union fired by Donald Trump after he appeared as a witness during the first impeachment trial, is working on a tell-all book.

Page Six can exclusively reveal that Sondland was just spotted meeting with Alan Nevins, the founder of Hollywood agency Renaissance Literary & Talent, at the swanky Peninsula Hotel in Beverly Hills.

Nevins and millionaire hotelier Sondland both declined to comment to Page Six, but publishing insiders speculate it would focus on Trump’s dealings with Ukraine, plus Sondland’s role in conveying the decision to hold back aid unless President Joe Biden’s son Hunter Biden was investigated over his dealings in the country.

One publishing insider added, “Everyone is wondering if Sondland is going to ‘do a John Bolton’ and reveal bombshell evidence in the book against Trump that he may not have revealed in the first impeachment trial.”

Critics of Bolton have asked why he didn’t speak up about the allegations he later put in his best-selling Trump book “The Room Where It Happened”.

The Trump administration fired Gordon Sondland in early February 2020 from his post as ambassador to the European Union after he testified against the president in the House impeachment hearing.

Sondland confirmed his firing in a statement at the time, saying, “I was advised today that the president intends to recall me effective immediately as United States Ambassador to the European Union.”

The ambassador was a key witness in the House Democrat’s efforts to pass articles of impeachment against the president, paving the way for his trial in the Senate.

In his testimony, Sondland acknowledged there was a “quid pro quo” between Trump and the Ukrainian president in regard to releasing military aid in exchange for an investigation into then-former Vice President Joe Biden.

“I know that members of this Committee have frequently framed these complicated issues in the form of a simple question: Was there a quid pro quo?” Sondland said in a House impeachment hearing.

“As I testified previously, with regard to the requested White House call and White House meeting, the answer is yes,” he added.