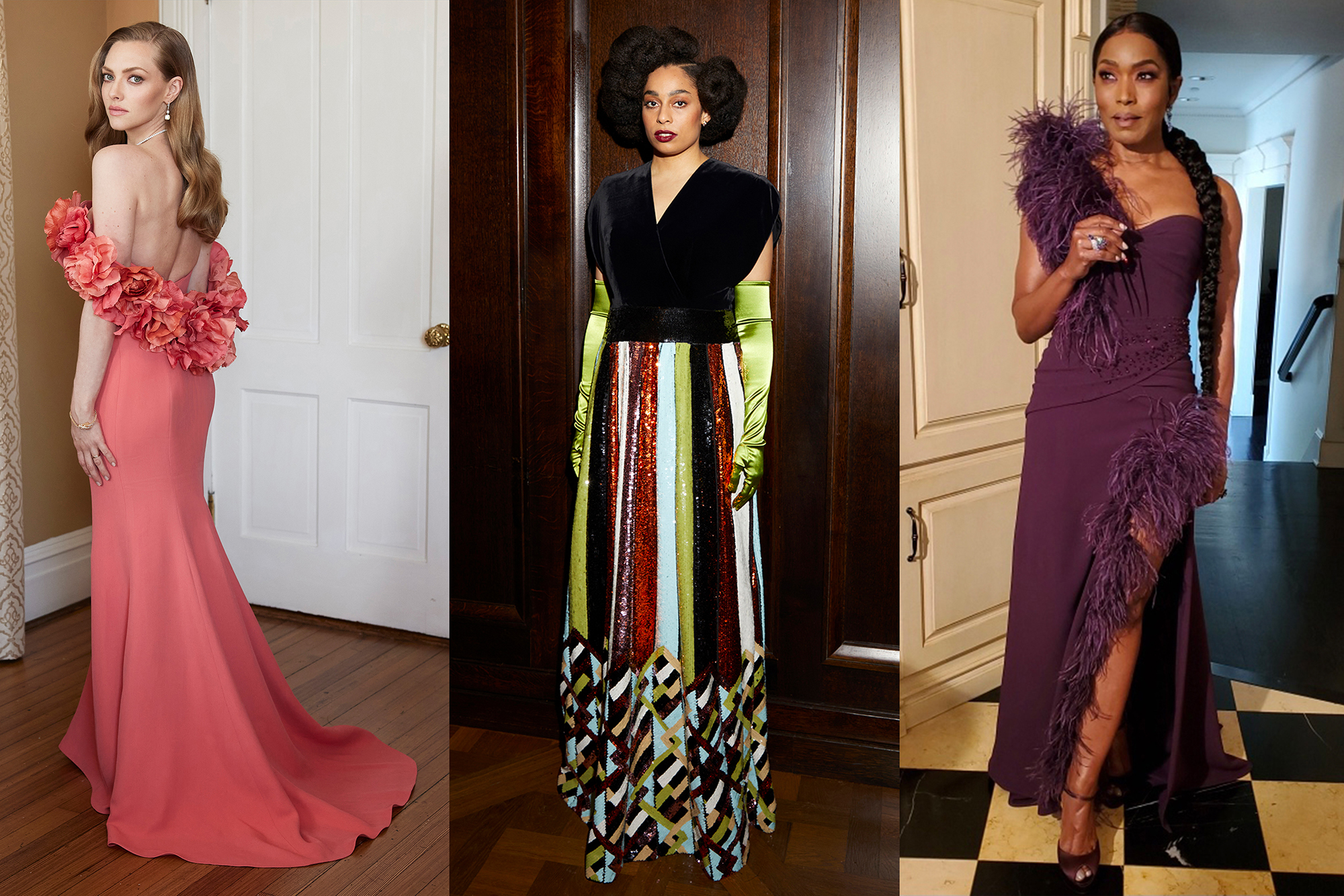 The 2021 Golden Globes were proof positive that red carpet fashion is thriving — with or without an actual carpet.

Nearly one year after the world went into lockdown (and a handful of remote awards shows later), Hollywood has its peacocking problem sorted.

The solution? Make your own style rules —black tie be damned. Flaunt ’em on Zoom. Sip your cocktail on the couch while accepting that statuette.

At the casual end of Sunday’s sartorial spectrum was Bill Murray (didn’t think he’d snag a spot on a Globes best-dressed list, did you?).

Bill Murray dressed down in a tropical-printed shirt for the 2021 Golden Globes.NBC

We might have only caught a brief, waist-up glimpse of the “On The Rocks” nominee’s tropical-printed shirt as he toasted viewers, martini in hand — but Murray’s casual look nevertheless sparked some much-needed joy.

Speaking of bright, plenty of other stars shone in their own right. Leading the pack was Cynthia Erivo in an eye-popping neon green Valentino Haute Couture gown, styled with sky-high platforms and Maria Tash jewelry. Regina King continued her streak as the pandemic’s awards-season power dresser in a custom, asymmetrical Louis Vuitton dress embellished with silver and gold sequins.

Elle Fanning wears Gucci at the 2021 Golden Globes.Courtesy of Gareth Gatrell for Gucci

Rounding out the night’s star moments was Sarah Paulson, whose custom black Prada frock was paired with a custom purple Prada arm cast (yes, you read that correctly).

Meanwhile, nominee Maria Bakalova personified fashionable flex when she posted an Instagram photo dressed in a voluminous red gown by Giorgio Armani Privé, complete with a matching cocktail and clutch.

If this all sounds like one big mashup of celebrities opting to wear the things they feel like their best selves in — well then, that’s precisely the point. We’ll raise a martini to that.