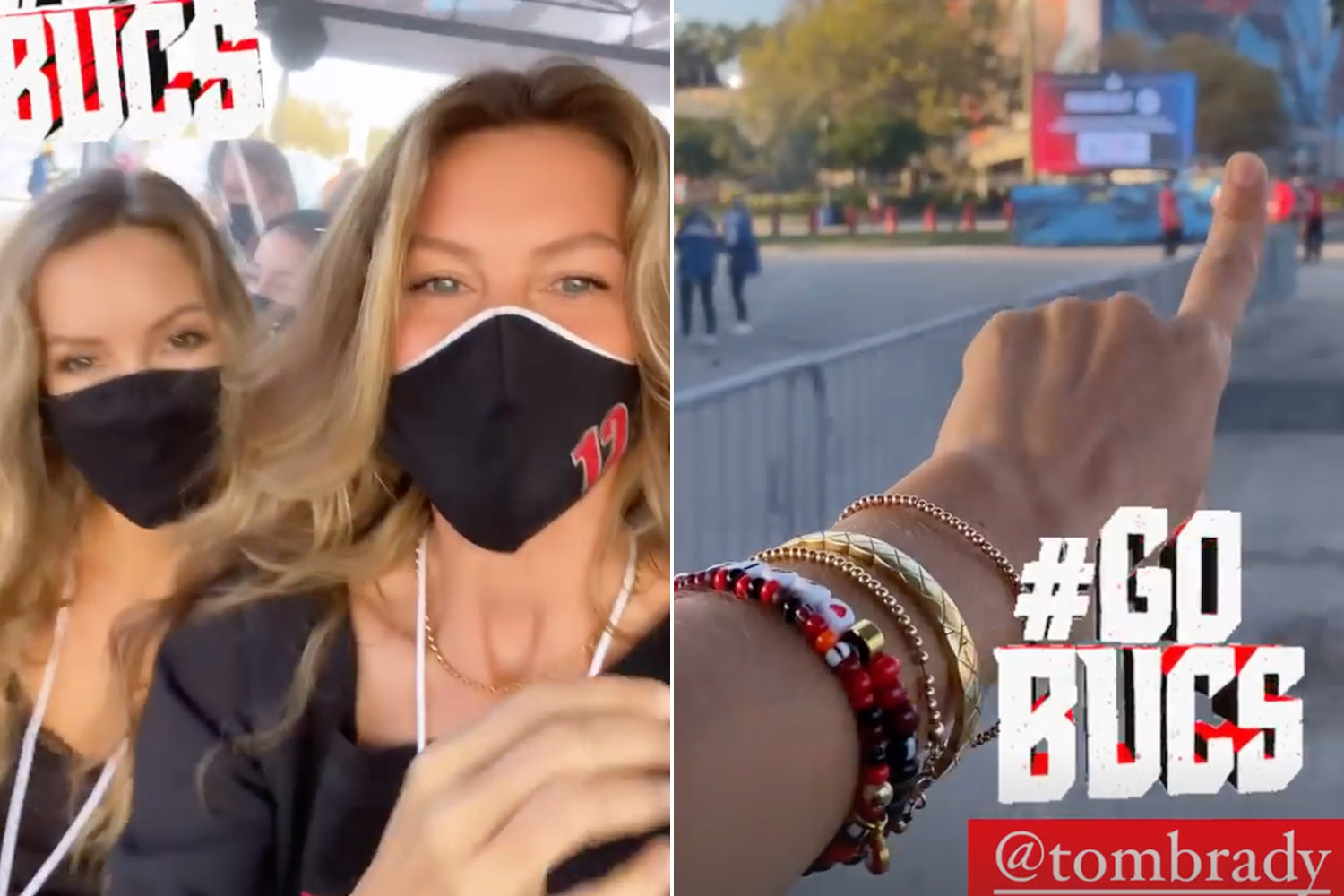 Gisele Bündchen has been waiting all day for what could be husband Tom Brady’s night.

Leading up to Sunday’s kickoff, the 40-year-old supermodel posted videos of her arrival to Super Bowl 2021 at Raymond James Stadium in Tampa, Florida. Rocking a black face mask with Brady’s number “12” on the side, Bündchen looked ready to cheer on the 43-year-old quarterback and his Tampa Bay Buccaneers.

Brady, who has been married to Bündchen since 2009, will play in his 10th Super Bowl on Sunday. It is his first as a Buccaneer. He won six championships with the New England Patriots.

Throughout the postseason, Bündchen has been showing support for Brady on social media, sharing videos of herself and their two kids, daughter Vivian, 8, and son Benjamin, 11, wearing Bucs gear.

Brady’s ex Bridget Moynahan also posted a celebratory message to the quarterback in January, as the Buccaneers defeated the Green Bay Packers in the NFC Championship game. Brady and Moynahan have a 13-year-old son named Jack.