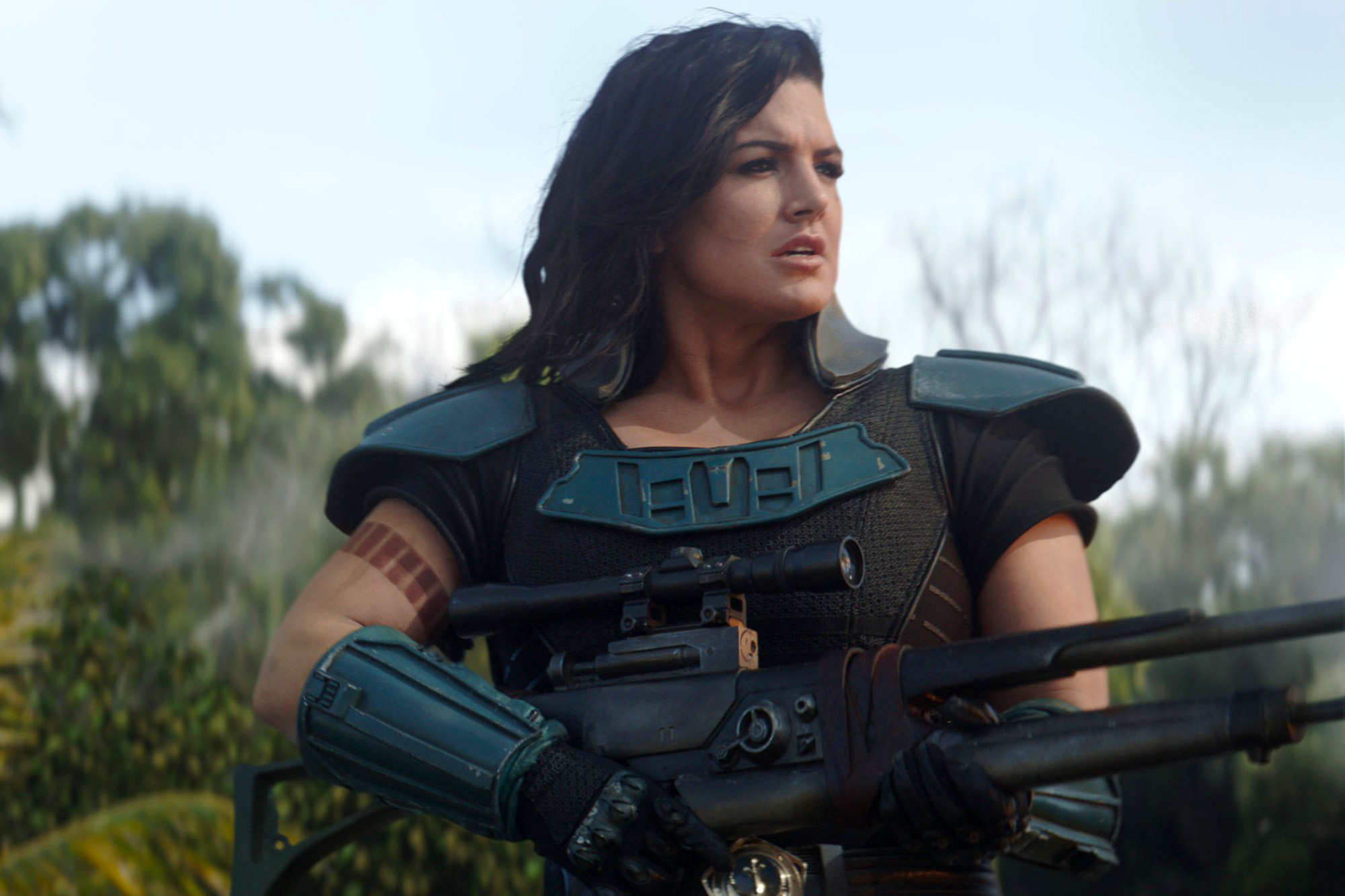 Fans of “The Mandalorian’s” Gina Carano are crying “cancel culture” in a new Change.org petition that demands Disney+ bring her back to the series.

The petition urges Disney+ to keep Carano on in the role of Cara Dune in the hit Star Wars spinoff — and it had garnered some 3,000 signatures by early Thursday afternoon.

The actress and mixed martial arts fighter was fired over controversial, since-deleted Instagram posts that compared being a Republican to being Jewish in Nazi Germany.

“Everyone is entitled to an opinion whether it be right or wrong,” petition author and Mandalorian fan Jav Akhtar wrote of Carano on the Change.org effort.

“Your political views, as well as your social media walls should not dictate whether you do your job well or not,” he wrote in the petition, which he signed, “May the force be with you.

Carano fans were lining up by the thousands to agree.

“This is idiocy and the left Cancel culture is a cancer on society,” fan Dave Floyd commented in signing the petition.

“Disney shouldn’t give in to the cancel culture!” Jason Dunagan commented.

Added petitioner Blake Smith, “I’m signing because she is awesome and firing her is incredibly stupid.”

“I don’t give a flying crap what Gina’s personal opinions are; she’s an amazing actress and played one of my favorite characters. Let’s flush cancel culture down the toilet like the turd it is.”

The petition was just the latest in the uproar over Dune’s firing from the Emmy-nominated series.

News that the outspoken actress had been let go also sent #CancelDisneyPlus trending on Thursday.

But “Xena: The Warrior Princess” fans, meanwhile are seeing their opening — and are seizing on the news of Dune’s ouster as a chance to put Lucy Lawless’s name out there as Carano’s replacement.

“Instead of #canceldisneyplus, can they just cast Lucy Lawless as Cara Dune and pretend it was her the whole time?” asked Dungeons & Dragons podcasters @SeveredSonsDnD, who has garnered nearly 19,000 likes in support of the idea.

Carano’s inflammatory posts had compared the hatred aimed at people with opposing political views to the early groundswell of anti-Semitism in pre-WWII Germany.

At first, “Jews were beaten in the streets, not by Nazi soldiers but by their neighbors…. even by children,” her post had stated.

“Because history is edited, most people today don’t realize that to get to the point where Nazi soldiers could easily round up thousands of Jews, the government first made their own neighbors hate them simply for being Jews,” her post said.

“How is that any different from hating someone for their political views?” she added.