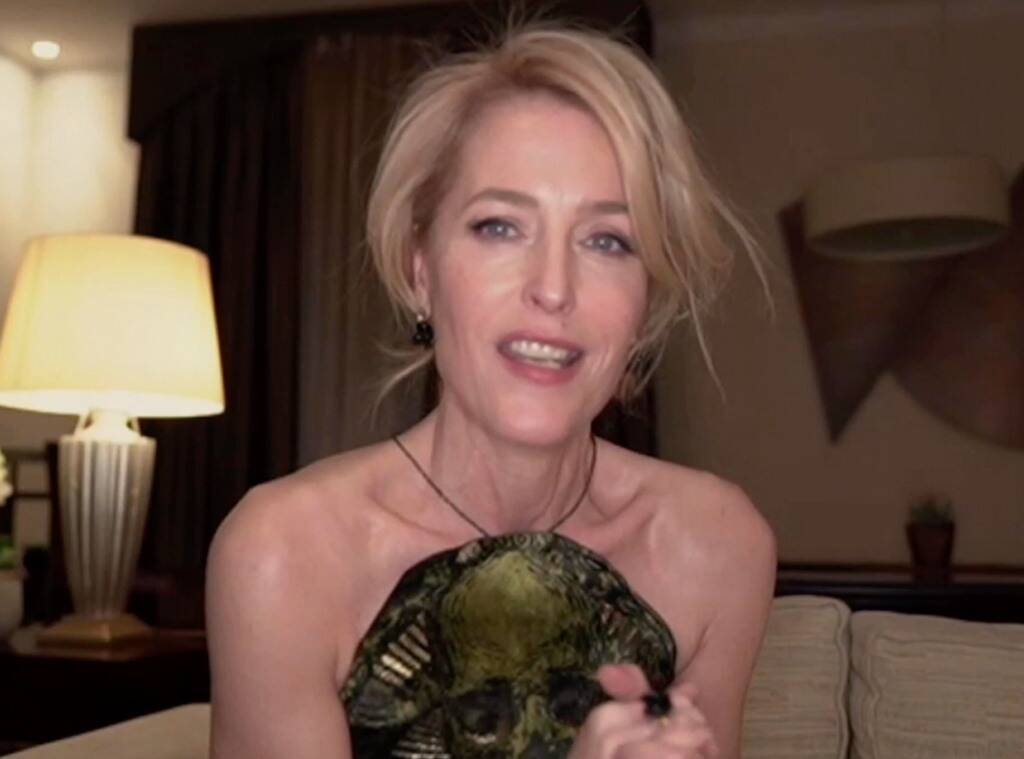 Following her amazing win at the Golden Globes, the actress opened up about how she really felt about Prince Harry‘s comments on The Crown! Gillian Anderson, as you might know, portrayed Margaret Thatcher on the popular series about the British Royal family.
Gillian was honored with a Golden Globe for her great acting in the Best Supporting Actress, Series, Miniseries or TV Movie category this weekend.
RELATED: Meghan Markle’s Sister Claims The Duchess Of Sussex Is Lying Again
Following the ceremony, she spoke to journalists in the press room and one of them wondered how she felt about Prince Harry’s words regarding The Crown, last week when he stopped by The Late Late Show.
His comments were mainly about the show not being entirely based on reality, which it’s never actually tried to be anyway.
The actress responded with: ‘I would say that, Harry is fairly well qualified to judge what’s fact or fiction, and it was pleasing to hear he understood what Peter was trying to do on the grounds that he is telling a nuanced story of the challenges of putting duty and service before love and family, and that he has certainly many, many, many years of experience with that. It was nice to be on the outside—and on the inside as well—of a show I care about, hearing, perhaps, that subject put to rest. One would only hope.’
RELATED: Prince Harry Photographs Meghan Markle While She’s Cradling Her Baby Bump – Check Out The Sweet Picture!
Gillian also mentioned during that same interview that she has not heard any other opinions from other members of the Royal family, noting that ‘I think they decidedly don’t express opinions.’
As for what Harry told James Corden at the time, the former Duke stated that ‘It’s fictional, but it is loosely based on the truth. I’m much more comfortable with The Crown than I am seeing all of the stories written about my family or wife or myself.’
It’s no secret that Prince Harry and Meghan Markle in particular, have had a really bad time with the British press, so it makes sense that he said that.
Advertisement

Josh Duhamel Slams Netflix Over The Cancellation Of ‘Jupiter’s Legacy’

‘Friends’ Stars Reportedly Received ‘At Least’ $2.5 Million Each For Appearing In The Reunion Special

Miley Cyrus Admits That Portraying Hannah Montana Made Her Have An ‘Identity Crisis’ – Here’s Why!
Porsha Williams Surprises Fans With A RHOA Midseason Trailer
Comment