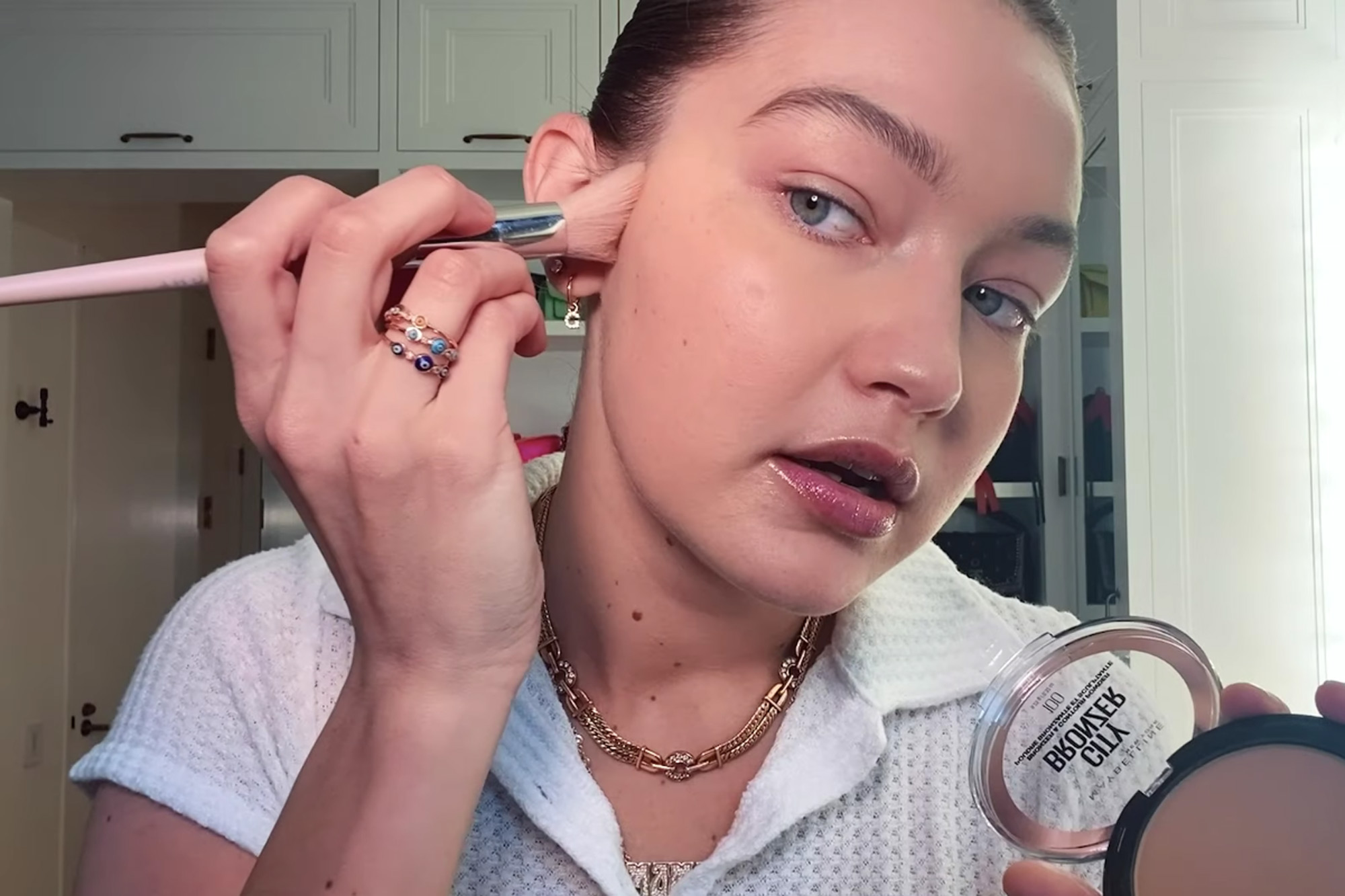 Gigi Hadid has mastered the art of makeup.

The supermodel and new mom, 25, showed off her full skincare and beauty routine for Vogue — and detailed the tips and tricks she’s learned as a top model to “teach [her] high school self” the proper way to contour.

“In high school I wasn’t really a huge makeup person,” she said. “The more I got photographed, the more I learned what looked good on me.”

Continued Hadid, “When I look back on my first red carpets, when I didn’t have makeup artists, I would obviously do my makeup. Now people pull up those pictures and are like, ‘Oh, Gigi’s nose looks different in those pictures than now,’ and it’s really, like, that’s the power of makeup.”

Hadid pointed to contour and bronzing techniques — not plastic surgery — as the reason why her appearance sometimes varies from photo to photo.

“I’ve never done anything to my face, but the way that I’ve learned to contour in certain places [helps],” she said. “I would just put [bronzer] everywhere and then [your face] is all one shape.”

In order to achieve her bronzed glow, Hadid used a Fenty Beauty Face Shaping Brush ($34) to apply Maybelline’s City Bronzer ($10) to her cheeks, as well as a palette she’s had “since high school” for some extra shimmer. She followed it up with Stila’s Covertible Color blush ($25).

Hadid, who gave birth to daughter Khai at home in September, has been open about her changing body and her Hashimoto’s disease in the past.

“For those of you so determined to come up w why my body has changed over the years, you may not know that when I started @ 17 I was not yet diagnosed w/ Hashimoto’s disease; those of u who called me ‘too big for the industry’ were seeing inflammation & water retention due to that,” she announced in 2018.

“None of my children have never done fillers or Botox or put anything foreign in their bodies,” mom Yolanda Hadid added of the cosmetic surgery rumors in 2019.