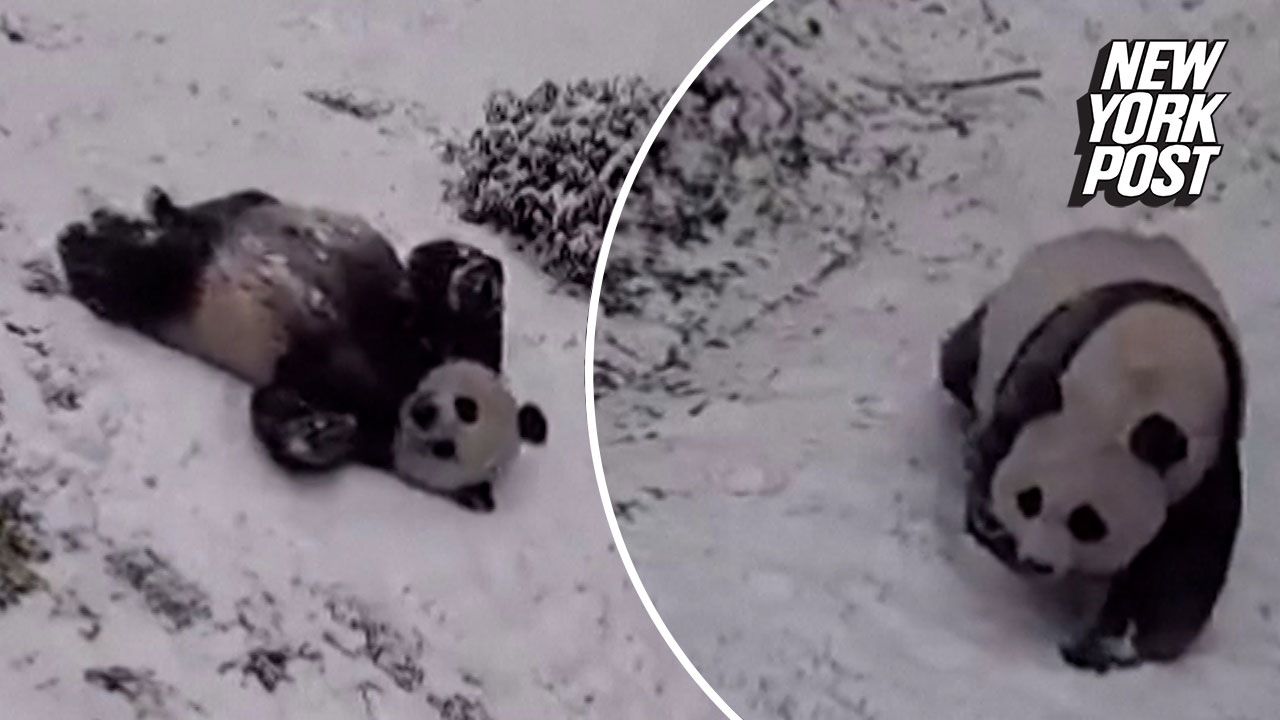 There’s no business like snow business for pandas at Smithsonian’s National Zoo.

A family of giant pandas was caught in the act of having adorable fun at DC’s zoo over the weekend after snow blanketed the area.

A now-viral video shows mama bear Mei Xiang, and her male counterpart Tian Tian tumbling throughout the fresh powder. One of the panda parents even slid down a snow-covered hill head first, legs and arms sprawled in apparent delight — a move previously dubbed “bearboggining” after a similar spectacle at the Toronto Zoo.

Meanwhile, their 5-month-old cub Xiao Qi Ji, had one look then decided he’d rather stay cozy inside — however, he did take a “nip” at the snow initially, a zookeeper told NBC Washington.

This wasn’t Mei Xiang’s first snow day, either. Back in 2017 at December’s first snowfall, the bear showcased more of her now-trademark winter joy by “rolling down the hill in her yard,” according to the Smithsonian Zoo.

In 2016, Tian Tian was also captured rolling about and making snow angels after winter storm Jonas, turning him into something of an internet celebrity.

Giant pandas are native to a part of northern China that often gets snow, so they’re no stranger to snow days like this one. They’re known to get especially playful in the snow — which may be why some keepers traditionally make a cake of ice for special cubs’ birthdays.